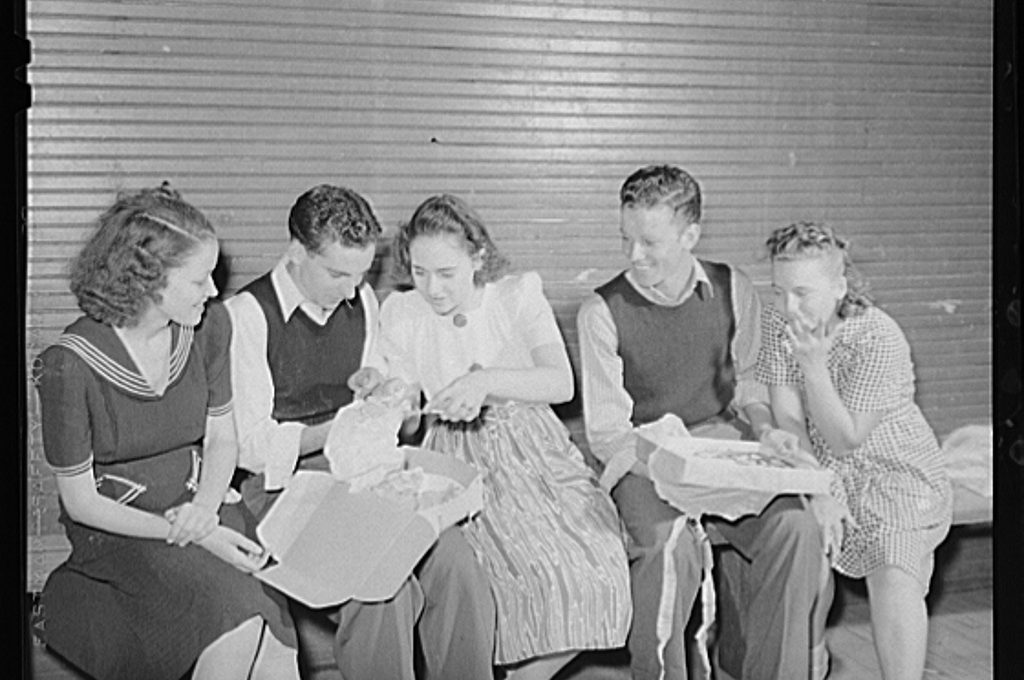 Donation Parties – Have you ever heard of them?

The Mountain and Hill people are, for the most part, a friendly folk, fond of social meetings and amusement. They like parties, each an occasion for merriment.

Surprise parties known as “box suppers” are a custom in some sections. Neighbors gather at a farm house where the family, though poor, are noted for hospitality. They dance, play games, and are given the coveted opportunity to make love to their “best girls.” At a late hour, boxes and baskets are opened and presented to the hostess who spreads a feast on the kitchen table. Oftentimes enough food, consisting of canned fruits, jelly, preserves, pickles, boiled ham, fried chicken, pies and cakes is left after serving the crowd to feed the family for a week.

In some of the smaller towns, when a new minister moves into the parsonage he is given a donation party. Members of his church surprise him one night by assembling at the parsonage, each bringing a gift of foods, clothing for the minister’s family, linen for the parsonage, and oftentimes a sum of money is added up from the several donations. These social gatherings usually turn into prayer meetings.

Rev. James Ellisor, Burnsville, Ala. (He had such parties given him)

Miss Emma Stanley, Maplesville, Ala. (Has attended donation parties while teaching in the hills of Bibb Co.)

This book is a compilation of some of the funny and helpful tips from our past history. Some recipes and tips date back to 1770s. One or two sound a little dangerous and I would never try them myself, but I’ve included then in this book for their humorous and historical value. A few are useful, especially for our ‘green’ society today