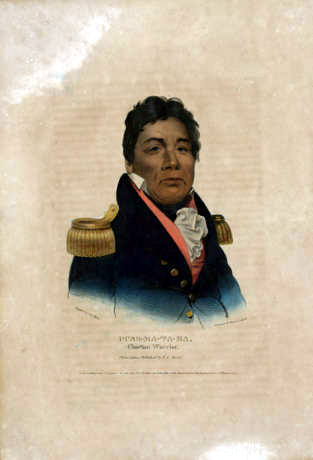 SCROLL DOWN TO READ STORY

An elderly woman was sitting on the narrow porch of the old four room house knitting, the click of her needles like the sound of crickets in the still air.

“Is this the home of Mr. Joe Gillespie?” I asked.

“Well, no, not exactly,” said the old lady. “It’s the old house of his grandfather and it belongs to me and my husband, Bruce Ulmer, but Joe stays here with us when he is in Belmont.”

In the meantime Mr. Gillespie had walked out on the porch and stood in the door-way behind her. “Yes,” he said, “this is where I stay; for you see I’m like a stray dog now, neither home nor master. I did live here tho’ through three race riots and I can tell you all about them and a lot of other things that happened soon after the war.” 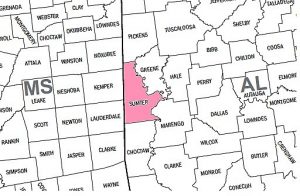 “I was born way back in 1853, right near here. My father owned 860 (?) acres and we farmed. You see he was one of the earliest settlers of Sumter County. In fact it was formed after he moved here from St. Stephens; that was the capital then of Alabama. The county was formed down here at Williamson’s Mill, the first mill in Sumter. Old man Williamson made the wheel. That was on Coatopa Creek just a few miles from here. Coa means panther and topa means wounded, so Wounded Panther was what the Choctaws called it.” 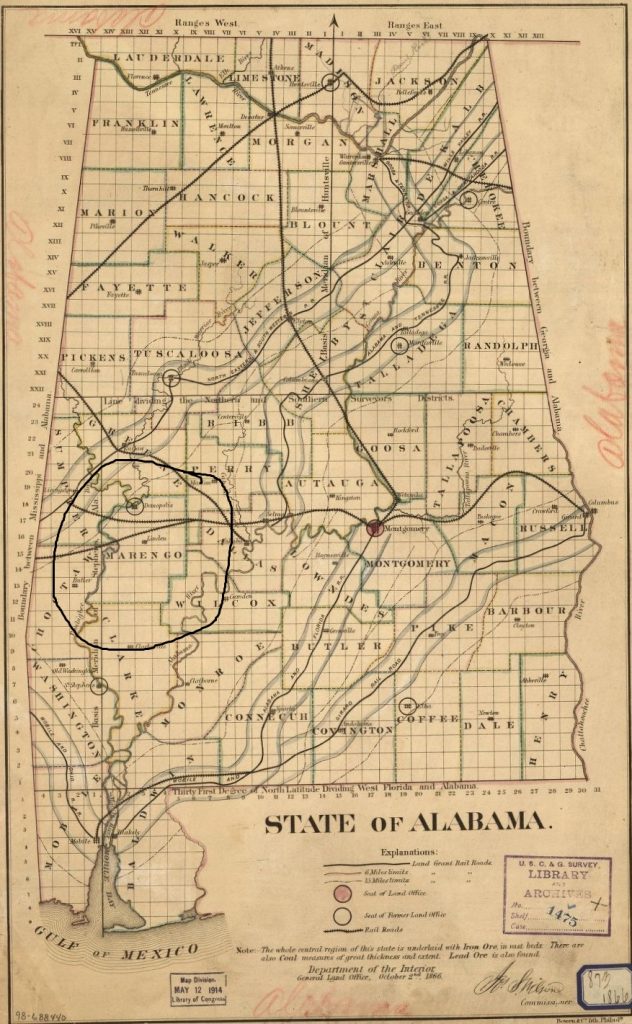 “The mill was two miles east of Brewersville, and Brewersville was the first Post Office in Sumter County. That was back in 1831. The little cedar log cabin split with the round side out, still stands. (ca. 1939)”

“My grandfather was the first white man to cross at Moscow landing down on the Tombigbee at Coatopa, and Mr. Joe Patton from the cane-brake was next. They settled near each other. They were met by an old Choctaw Indian Chief, Muckelushee. He wanted my father to buy up some cleared land from him in the open prairie where there was a good water supply. The Indians were very friendly, but my grandmother thought they were too familiar. You see an Indian never says ‘Mr.’ or ‘Mrs.’, and my grandmother didn’t like that. One day old Muckelushee went up to the house and said, ‘Polly, where is Joe?’ She said, ‘He is gone.’

‘Got any whiskey,’ he asked.

‘Yes, but none for the Indians; besides I’d like a handle to my name,’ my grandmother told him. Muckelushee said, ‘All right, Indian call you ‘handle Polly!’ And after that my grandmother, Polly Gillespie, was known as Handle Polly.”

“Muckelshee took my grandfather to Halls Creek, not far from what is now known as McDowell’s, southwest of Belmont where there was a good spring. They put a barrel over it and called in Barrel Spring. On this place they raised 50 to 60 bushels of corn to the acre.

My father brought all his Negroes from St. Stephens except one. Their names were old man Clabe, Old Patsy, Clabe’s wife; Dutch Jim, Si, Easter, Tildy, Melvinia, Ed, and Ed’s two children. We had four generations of Clabe’s on the place at one time.

“Joe McCarthy was a blacksmith in this section at that time, and made knives and guns. Indians would come into the shop and hang around and Joe couldn’t get rid of them. Old Pushmataha, the famous Choctaw Chief, came in one day with his blanket and breech cloth on, the only clothes the Indian wore. Joe, who was hammering out some iron to make a gun, threw a hot piece of iron over his shoulder and it landed in the old chief’s breech cloth. The Indian threw off his blanket and jumped up and down hollering ‘Hoop Telly Boll’, meaning Fire Fighter; and Joe went on hammering on the iron like he hadn’t done a thing. My father always liked the old Chief and said he was a fine old warrior. He fought, you know, with Jackson against the Creeks.

“You see I’m eighty-five and can recall a lot myself, besides my father told me these old tales many times and sometimes I find myself thinking I took part in things that happened before I was born. One thing I recall having been told happened in Belmont about the time I was born and yet I’ve heard it so many times I feel like I must have been there. It was in ’52; (1852) there was a big day at Brewersville. The Sons of Temperance paraded with banners of the brightest colors, the land then was rich with slaves and corn and the barbecue pits were filled with meat of all kinds. The long tables under the oak trees were spread with pies and salads. There were speeches, too, and rum that was said to be the abomination that maketh desolate, and water was help up to the hopes of men as the serpent was in the wilderness to the dying Hebrews. Well my father said there was a young boy about twenty who spoke and by his manner and oratory he took off all the honors. Men and women liked what he said and all were loud in their praise.”

“He was a newcomer there and with his brilliant speech he did what he had come to do; that was to teach; and the next year found him in Belmont in a lone cabin right near the old Methodist Church surrounded by about seventy-five pupils, big and little. They were a long list of Sumter’s prominent people for there were that kind in Belmont then, tho’ most of whom have gone to the spirit world now. This young man handled the rod in the school but when 15 minutes for recess was called, he was one of the first to grab up the baseball bat and play with the boys; just one of them and they all loved him. Well, the winter went by and spring came and one of the men in the community got mad with him and pulled a knife on him. Well, the teacher had claimed kin with Daniel Boone so he was quick on the trigger and only the door facing of the schoolhouse saved the fellow from his pistol shot. I remember hearing them all tell many times of the trial, how there was an acre or so of people out under the old mulberry tree in front of a store listening to Joe Baldwin of Flush Times fame, when he defended him. He was acquitted, but it broke up the school in Belmont and a mighty good one it was. He left and the school was started again about ’53 (1853) in a cabin down at McDowell’s but it didn’t last but a month or two. My father used to wonder what Belmont might have been, had Larkin Wortham not fired that pistol. Yes, he died over in Madison County many years ago, a fine and wealthy man but he never came back to Belmont.”