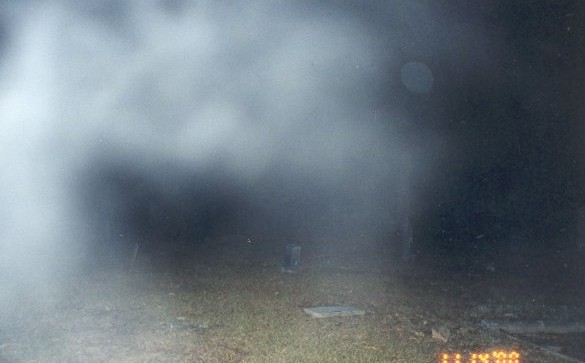 Ghost stories or a part of Alabama’s past. Below are three unedited stories from 1939 written by a WPA writer who interviewed three African-Americans in 1939. Warning: Please remember this story was written in the 1930s and some words used may be offensive by today’s standard

Although many negroes nowadays (1939) insist that “sperets is ‘magination”, (a phrase they must either have picked up in school or from their children who have had it dinned into them by conscientious teachers, for its wording seldon varies). Even those who most vehemently profess a disbelief in the supernatural will sometimes under pressure admit that they have seen ghosts.

These ghosts assume all shapes – sometimes that of a large dog, or a cat, sometimes they are tall and formless, or appear in human shape with or without heads. And they possess the startling power of disappearing at will, usually with suddenness, but occasionally as if dissolving into thin air.

I have always been interested in stories of such manifestations, and have lately formed the habit of jotting them down. The following are some tales from my notebook:

And the headless ghost

John Foster, who lives about three miles this side of Gainesville has had several experiences with ghosts. On one occasion he was walking along alone at night when he heard someone come up behind him. John moved over in the path to allow the stranger to pass, but instead, the presence fell into step with him on his left and continued to walk along beside him. John’s salutation, “Good evening”, was met with ominous silence, and he began to be afraid.

Even before he looked around cautiously out of the corner of his eye, he knew it was a spirit, for the night was dark and disagreeable and it was not likely there should be another human wayfarer on that secluded road. Sure enough, it was a ghost. Tall, headless and misty white, it seemed to float over the ground, yet its footsteps were plainly audible.

Terror-stricken, John tried to out-walk it. He quickened his pace, but the spirit continued to float or walk effortlessly at his side. He was on the verge of breaking into a dead run when the ghost raised it’s two hands and slapped them together right at John’s ear! With that, it disappeared suddenly, but John has always been slightly deaf on that side ever since.

Encounter on a lonely road

John has had another with spirits, and church member or no church member, no one could convince him ghosts do not walk the earth to haunt the lonely traveller. One night he was coming home from Gainesville in his wagon accompanied by his wife. He had only a mile or so further to go and the evening was pleasant, so when he saw ahead a church lighted for prayer-meeting (he thought) and heard the sound of singing issuing from its windows, he decided to stop and attend the services. This being disagreeable with his wife, who can “witness” this story, they hitched their team in the nearby grove and walked toward the church. But lo and behold! no sooner had they set foot in the churchyard than the lights suddenly went out, the music stopped and all was dark and silent as the tomb.

“We jumped in de wagon en tore out for home,” he laughed. “I whupped dat horse, but seems lack I could er out run him fer fair dat night! And,” he added, “I ain’t never passed dat way atter dark sence!”

House built over a grave-yard

I talked to Dan Richards, who lives in the same neighborhood.

“No’m”, he told me, “I ain’t never been in a haunted house but I sho did useter live near one. Mr. C? B. Boyd built ‘er house down on ‘er bend uv de river. ‘Twuz ‘er bran’ new house, but fust thing you knowed they wuz knockin’s en bumpin’s and sech keefying-on at night he never could live in hit. He had ter move out, en ain’t nobody stayed dere sense. Dat place musta wuz so hanty hit musta been built on top uv er grave-yard!”

Henry Mason, who lives on the McCain place about four miles west of Livingston and who often comes to the house to do odd jobs, is also a firm believer in ghosts. He told me once that the house in which he lived was haunted. 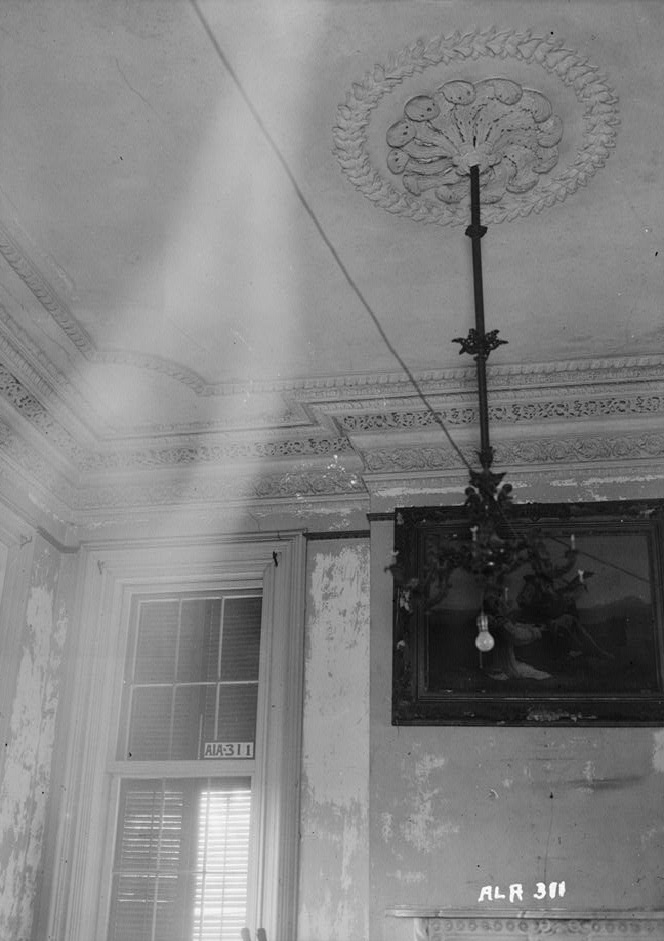 Ottaway, he jump up en go ter gropin’ en er-fumblin’, den he fell down daid on de floor! Dat’s de reason he come back, caze I know dey wuz sumpin on his min’.

Dey sho is som funny things happen at our house at night! Sometime we see de spirit, dat’s what we think is sister. Hit’s tall en white en kinda smokey-like, en whilst hit’s in de room you gits de funniest feelin’, prickerly en hot all over yo’ arms en down yo’ back, en seem lack you cain’t talk.

Door knobs turn by themselves

We got er rockin’ cheer, too, whut rocks by hitself ‘thout nobody in hit. En sumpin shake de bed ef de light be out. We doan hardly ever sleep in de dark, we keeps er lamp burnin’ all de time, we be’ze so skeered uv de ghosts!

1During the 1930s, Great Depression era, many writers were employed to interview people and write stories about life in the United States. The program was named the U.S. Work Projects Administration, Federal Writers’ Project and it gave employment to historians, teachers, writers, librarians, and other white-collar workers. This is a transcribed, unedited story from a WPA writer Mabel Farrior on December 17, 1936.

Our ancestors had to be resilient when they faced obstacles in daily life, from dealing with pests, medical emergencies, caring for clothing and cleaning shortcuts. Almost everything they used in daily life was homemade. Some ideas were great but some were very strange.