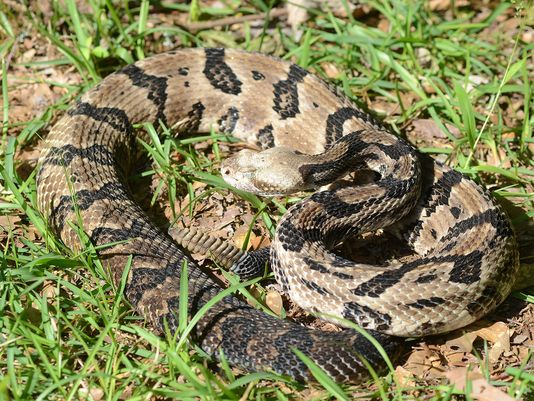 Bear, Panther, And Wolf Were Common

Once Alabama became a territory, in the words of Pickett, “the flood-gates of Virginia, the two Carolinas, Tennessee, Kentucky, and Georgia, were now boosted, and mighty streams of emigration poured through them, spreading over the whole territory of Alabama. The axe resounded from side to side, and corner to corner. The stately and magnificent forest fell. Log cabins sprang, as if by magic, into sight. Never, before or since, has a country been so rapidly peopled.” 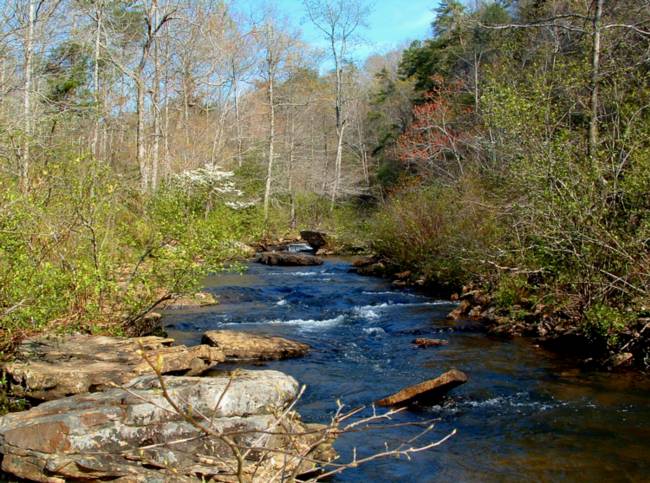 The wildlife in Alabama was extensive and sometimes perilous to the livestock the settlers brought with them. Bears and panthers were also abundant, as well as large gray and black wolves who roamed the cane-brakes.

It was dangerous to be exposed, and even more risky to be lost. T. H. Ball states that “the old settlers relate that a colored woman was lost in the dense woods and could not be found. She chanced to escape the bears in her wanderings, and, at last, almost famished, reached in the forest a lone settler’s cabin. Here she was cared for, and reached her home after an absence of three weeks.” Other stories tell of children and adults being killed by wolves as they ran errands.

Fences were not a priority on the newly established land, for crops or livestock which often created problems. An amusing story was told that took place in Clarke County, Alabama in the early days near Lower Peach Tree. It seems a planter had not adequately fenced in a field of corn so his neighbor’s hogs often broke into his cornfield and did considerable damage. One day the planter managed to catch one of the hogs and he fastened a bearskin securely on the hog’s back. The planter released the bearskin covered hog to join his companions in the cornfield. Mistaking the hog for a real bear, the hogs immediately fled the field with the bearskin covered hog in hot pursuit.

There are two endings to the story. One story states that the owner of the hogs chanced to see the fracas and steered the hogs back home. Another story relates that the bear-skin hog took up refuge in the woods and was seen from time to time chasing the other hogs. Both accounts agree that the cornfield suffered no further damage.

Abundant smaller game supplied the settlers with fresh meats just for the catching. One man, on Hell Creek in the area of present-day Fayette County, stated that he killed in a period of less than eight years eighteen panthers, a number of bears, and a great many wildcats.

Rattlesnakes were in considerable numbers in all parts of Alabama and some of them grew to enormous size. Frequently, settlers reported killing rattlesnakes that measured five, six, seven, and sometimes as much as eight feet in length.

“Two men were out hunting and heard the distressing bleats of a fawn. Supposing it had been caught by a wild-cat or something of that kind, they hasted to the place and found the fawn in the coils of a monster rattlesnake, which was in the act of swallowing it. One of the men shot the snake through the body, which caused it to disgorge the fawn, and threw himself into a coil of defiance when the other shot him through the head causing his death through terrible writhings (sic) and contortions. The men said their first impression was to skin and stuff the monster, but in a very short time, they became so sick that both of them vomited profusely, so they came away and left it. One of the men said his head looked about as large as his two fists held together—that his rattles were about the size of a man’s hand with the thumb taken off. Whatever allowance we may make for the excitement of the men, there is little doubt but that the snake was the largest one of his species ever encountered by man.”

“In the early days of Tuscaloosa County, Dr. T—, of the city, desired to get a rattlesnake for the purpose of extracting the oil from his body. He wanted the snake killed without being fretted, and if possible by severing his head. Old Mr. R—, going home pretty high up in whiskey, came across a very large one not far from the present site of Gay’s Mill, and while the snake was lying perfectly quiet, the old man opened his knife, holding it in his right hand, cautiously approached the snake seizing him just behind the head with his left hand, and cut off his head with his right hand. I have this story from the son of the old man. In reputation for veracity the son had no superior.”