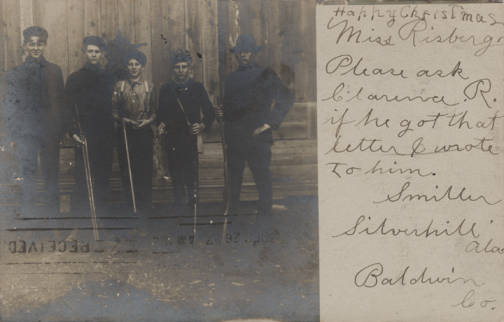 I wonder how often this happened to married couples after wars? It may be the answer why some ancestors were missing.

He Returned After Many Years’ Absence And Finds His Wife Married

Jack Atkinson of Franklin County, Ala., who has been missing since the war, returned to his old home last week. His wife heard he was killed in a battle near the close of the war, and a few years later she married again. her second husband is still living.

Atkinson said he started home some time after the war but heard his wife had married again, and he went to California. There he married and lived until a few years ago, when his wife died. He came back to see if his first wife was a widow, but finding that she is not, he will return to California.

WHERE DO I START? Hints and Tips for Beginning Genealogists with links to Free On-line resources