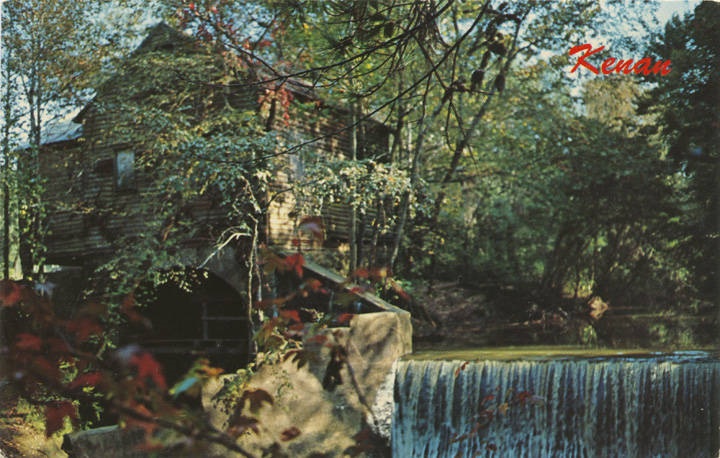 Zebulon Butler, an early settler of the Valley Creek Community in Selma, Alabama built a mill on the swift-rushing waters of Valley Creek to ground meal, grits and corn. The mill was acquired by the Colonel Thomas Kenan and his wife Mary Rand, in the 1830s. The Kenan family continuously owned by the mill until 1997 when it was donated to the historic society by Elizabeth Kenan Buchanan. Kenan’s Mill has been largely restored and is open to the public.

“Kenan Mill, just off old Summerfield Pike. Located between Selma, Alabama and Valley Creek State Park, near historic Kenan Place (an antebellum home built in 1826) where Yankee Gen. James Wilson’s soldiers set fire to the house, but as soon as they left a vigilant slave extinguished the blaze.” (Information and picture from Alabama Department of Archives and History)

Col. Thomas Kenan and his wife Mary Rand moved to Selma in 1833 from North Carolina with nine of their children while their son, while Owen Rand Kenan, stayed in North Carolina to operate the old historical plantation home, Liberty Hall, in Kenansville on land that his Scotch-Irish grandfather, Thomas Kenan, had acquired about 1735.

Owen studied medicine briefly, then decided to read law. He first practiced in Kenansville, NC but when the rest of the family moved to Alabama in 1833 he took over the Duplin County property as the oldest son. Soon cotton and tobacco planting became his chief interest. He rebuilt Liberty Hall, which had been destroyed by fire, and in 1836 he married Sarah Rebecca Graham, a local lady of Scottish descent. They had one daughter, Annie Dickson, and three sons: Thomas Stephen, James Graham, and William Rand. All the sons later served as officers in the Forty-third North Carolina Regiment, Confederate Army. Owen’s son Thomas Stephen (photograph below) evidently lived in Alabama at one time because it is recorded that he attended Central Military School in Selma, Alabama. 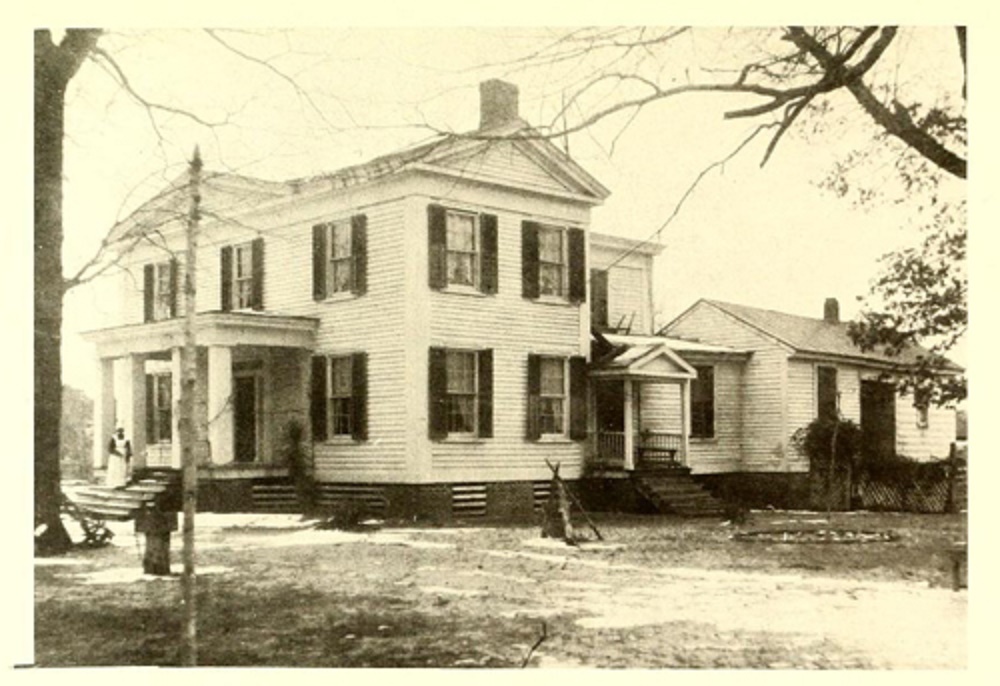 They had one daughter, Annie Dickson, and three sons: Thomas Stephen, James Graham, and William Rand. All the sons later served as officers in the Forty-third North Carolina Regiment, Confederate Army. Owen’s son Thomas Stephen (photograph below) evidently lived in Alabama at one time because it is recorded that he attended Central Military School in Selma, Alabama. 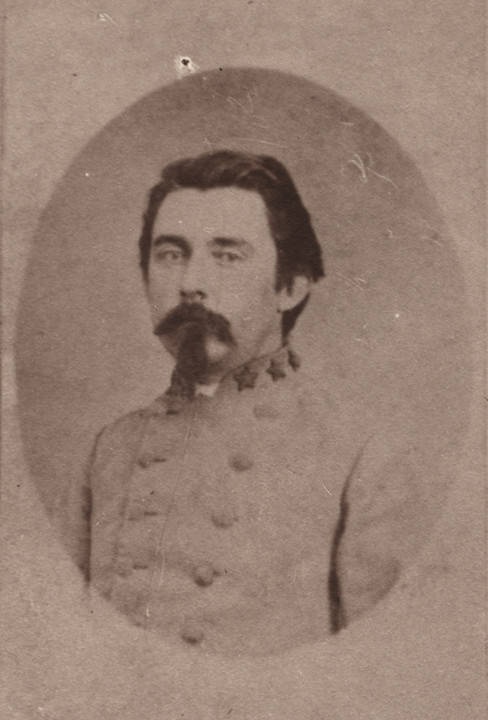 There is some speculation about the mill regarding a letter written by one of the sons, James Kenan, in 1861. It notes, “Our cornmeal is but just finished and we are debating the question of putting up a flour mill.” Perhaps Jame just meant that the old mill was being renovated and they were adding on.” (Haunted Alabama Battlefields by Dale Langella)

There is a ghost story related to the old mill. The following excerpt is from Haunted Alabama Battlefields by Dale Langella, 2013

The Kenan family home “was in the direct path of the Union cavalry heading to destroy the arsenal and gun works during Wilson’s Raid when it came through Selma in April 1865. Finding no now home, the Union troops piled furniture in the parlor and set it afire. But the home didn’t burn down because servants who had been hidden rushed to stop the fire as soon as the troops were gone. However, there remains a large area of a burn mark on the floor that is still visible in front of the parlor fireplace. 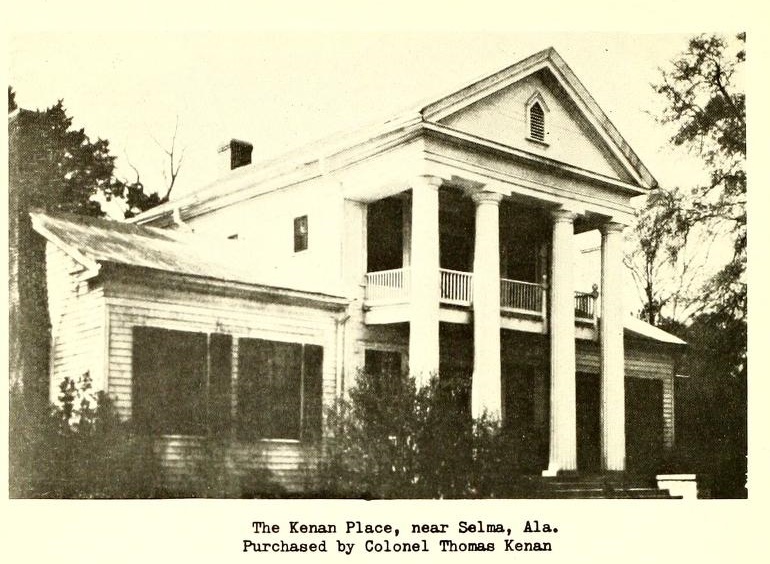 There have been many accounts of tales at the gristmill that have circulated around Selma. The location is now open to the public for events. Area residents told us about some of their experiences there while visiting the location. Cameras have malfunctioned while taking video recordings, and the residents refer to the footage as being “fuzzy.” They also claim that they have noted mists moving in front of the camera. Others have reported being touched on their buttocks, all while feeling a burning sensation in the area; however, the area on the body is extremely cold to the human touch…..

Visitors have also reported apparitions of a white man with overalls on, an African American man (possibly a slave who worked in the mill), white mists floating inside the gristmill on the stairwell and red flashes of light appearing out of nowhere. People also related that they would get extreme chilling sensations all over their body, see strange lights streaking across the room in the mill and feel like someone was just staring at them, watching them. They said that they felt a presence with them and that they were not alone. Some have heard a voice say the word, “Kenan.” Visitors have also caught video of dark shadow people with eyes peeking around the large wooden beams in the mill.”

“One evening, a visitor to the mill stated that she heard a male voice say, “Help me.” She felt a touch to her leg and looked down. She stated that as she looked down, she saw an apparition of a Confederate soldier who was wounded, dragging himself across the ground and pulling on her leg, as if he was seeking medical attention. Some accounts from local residents claim that they feel disoriented inside the mill, but another location that seems even more heightened with activity is the charcoal beehive kiln. At the kiln, visitors have sustained physical confrontations, including their clothing being pulled so hard that it caused one visitor to loose her balance and step backward.”

…”None of the accounts have appeared to be very threatening or malevolent in nature. Some people can’t help but wonder if this is just the Kenan family believing that they still live there.

“Kenan’s Mill remains one of the most interesting historic sites in Dallas County. Restored in time for Kenan’s Mill Days of Pilgrimage 2002, the first bag of corn was ground into meal on March 16 of that year. Water again spills over the dam and extensive landscaping has restored the area to its native beauty.” (Selma Times-Journal Friday, October 29, 2004)

The Kenan Family and some allied families by Register, Alvaretta Kenan 1907