My maternal grandparents were Mary Florence (Mamie) Cork and John Leland Barton, both born at Ralph, Alabama in 1877 and residents in that community until their deaths in 1963 and 1972 respectively. Although my family lived 8 miles away at Romulus I spent as much time as I could at my Barton grandparents’ house.  As a preteen I was loaned out much of each summer to help my aging grandparents on their farm.

Leland Barton house has been destroyed by a tornado 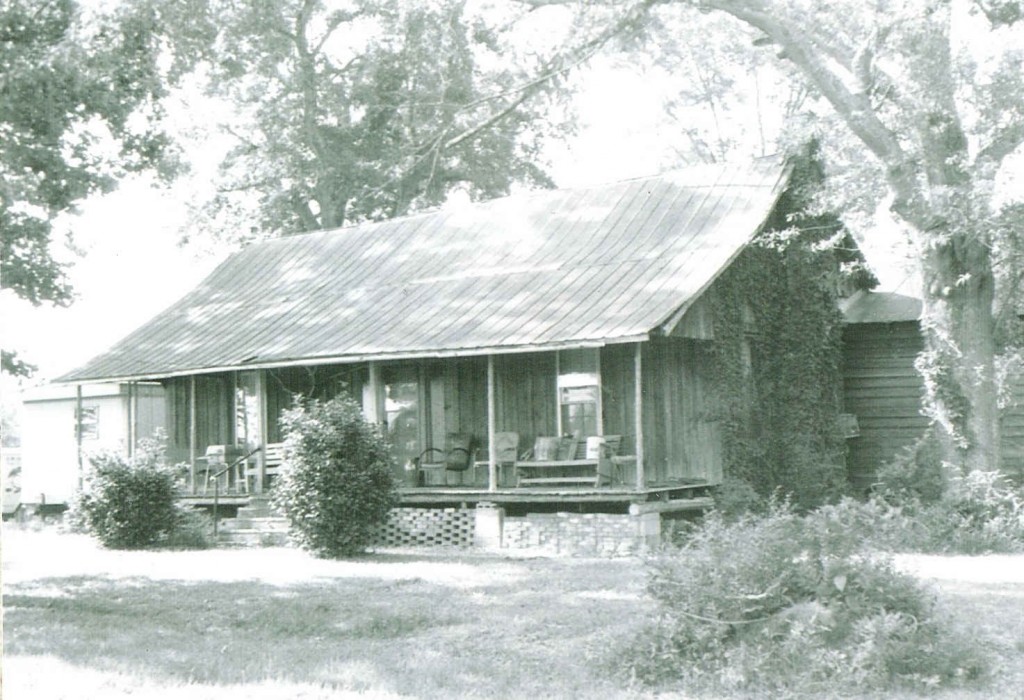 Their farm was about one mile back in the woods behind Wesley Chapel Church at Ralph, Alabama, where they had been saved, married and enlisted to do God’s work.  Each summer we went to clean the graves of all four of their parents, a son, and a granddaughter. Nearby was the grave of Granny’s sister, Aunt Beulah, who had never married and had bought a tombstone and kept it at the foot of her bed until the time for it to be used.

The grayed clapboard house nestled between large oak trees and was framed by a weathered gray picket fence to keep dogs in the yard and chickens out. A porch deep enough for a family to sleep on pallets on a hot summer night stretched the width of the house and a huge rain barrel caught water off the steep tin roof to be stored for baths and Granny’s flowers.  Rockers of all descriptions were separated by cane bottomed straight chairs and hemmed in by a swing. Pots of flowers lined the rims of the porch and a child must water them before dark if rain had not come. 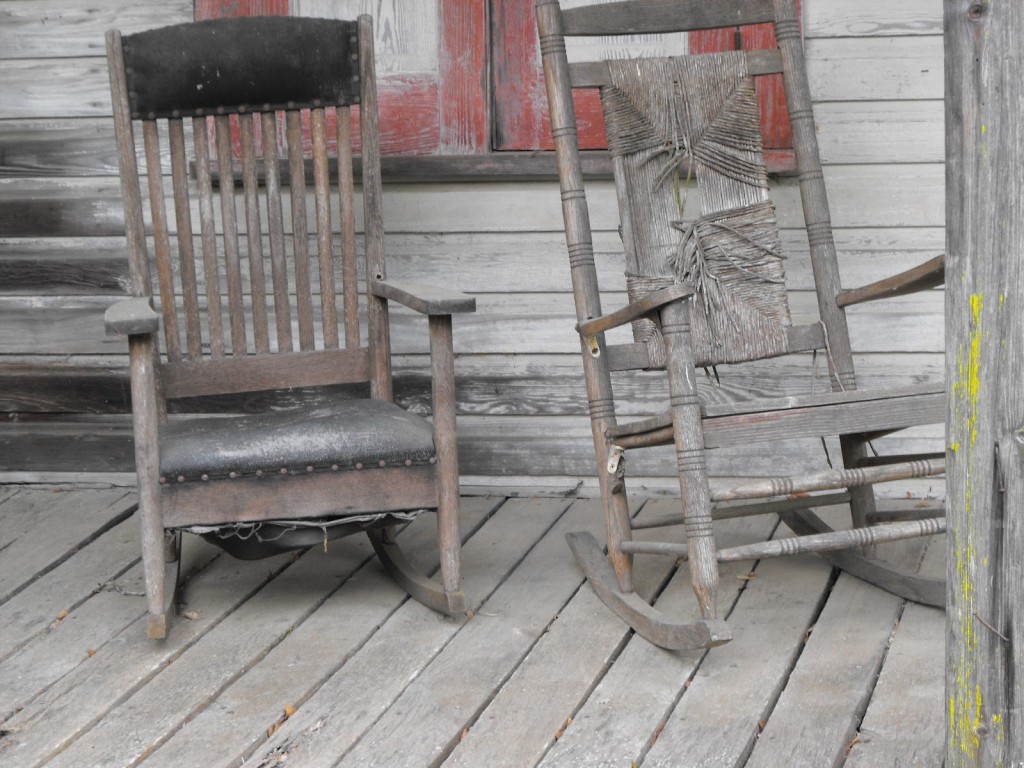 Long front steps were deep, too, so that we children could sit on a lazy afternoon after a huge Sunday dinner and listen to the hum of conversation from the grown-ups in the squeaking rockers. Family trees were outlined and filled in by stories of each branch. Cousin Jim who had been dead 40 years became as real to us as the faces now remembering his exploits. At night when the house clung to the day’s heat, three hours in the moonlight were pleasant preludes. Sometimes summer lightning might be seen on the horizon and promising breezes cooled us for sleep.

A door opened to the central hallway 15 feet wide running the length of the house and enclosed at each end unlike the open dogtrots of many neighbors. It was a place for guests greeted, and small children to be contained.

The parlor was on the left with a wicker settee and side chairs facing the chestnut pump organ.. Pictures of Mr. and Mrs. Thomas Hunnicutt Barton, my great-grandparents, looked down so sternly that I had difficulty picturing Alabama Virginia Barton as the loving mother-in-law Granny described with great tenderness. A wood burning heater was vented through the closed fireplace making a more efficient heating source. Only the overflow of company ever went in there since most visiting was done on the porch or in the bedroom across the dogtrot. 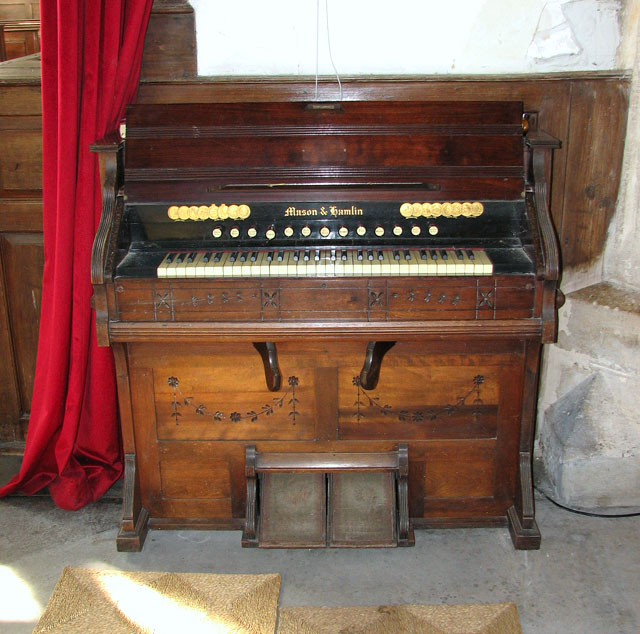 The heart of the house was the dining room. The pine walls were dark with age and smoke and the long homemade pine board table was 12 feet long with chairs at the ends and one side and a bench for children on the other. A china cabinet held plates, cups, saucers, glasses and serving dishes. Each evening Granny and Grandpa ate side by side with their backs to the window as they talked about the day and ate warmed over dinner over the oilcloth table covering. Supper was the lighter meal so it was reheated to go with a fresh pone of cornbread and a glass of buttermilk. As I faced them across the table I thought they were like a worn pair of shoes, so well matched,yet soft and comforting.

A step down into the kitchen led to the water bucket and the aluminum dipper by the sink. Under the southern window the small metal covered table served as cooking and eating area for two or three and there we had our breakfast.  The Warm Morning cook stove reigned in the space near the back door with a warming cabinet on top to store baked sweet potatoes or leftovers and had a large tank for a constant supply of hot water. 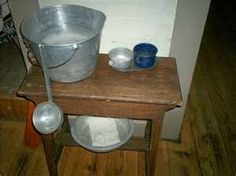 The door to the left opened to the 6 by 8 foot pantry which held the oak icebox and the flour and corn meal bins that held 50 pounds of each with a cedar dough board for making biscuits. The five gallon lard can was nearby. Smocks like the ones French painters wear in cartoons hung on pegs with the sunbonnets to protect fair skin from the bright summer sunlight. The tails of the smocks could be turned up into makeshift baskets for picking peas or fetching eggs from their nests.

On the L shaped back porch I held squirrels shot early morning in the cornfields while Grandpa skinned them for a breakfast treat of squirrels in brown gravy over Granny’s golden biscuits. Extra biscuits were filled with fig preserves and dripped butter when I bit into them. They let me drink the strong coffee perked in the pot always found on the back of the stove if I tamed it to beige with cream. 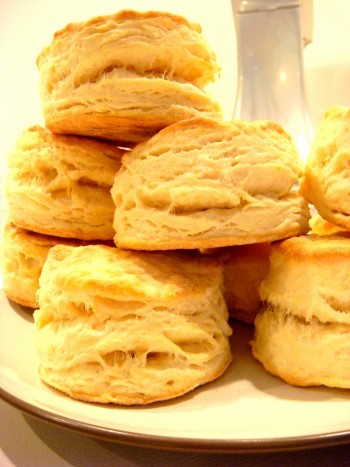 There were many things a child could do to make themselves useful. Water was pumped from the well for drinking, cooking or washing. Many buckets were needed to fill the big black wash pot and the tin tubs used for scrubbing clothes and for rinsing. After enduring washdays I learned to protect clothes for a second or third day to reduce the washing needed. On a hot afternoon I could take a jar of cold water to the field where Grandpa was plowing or ride old Maude the half mile to the mailbox along the gravel road.

Perhaps I was Granny’s favorite. I secretly thought so. Most of the other grandchildren were grown and married or teenagers that would be bored staying away from city comforts.When I fed the chickens and filled their trays with clean water I thought It was fun to be the center of attention and given privileges granted only the single child. No annoying siblings could tease or frustrate and life was good.

RIBBON OF LOVE: 2nd edition – A Novel of Colonial America– Inspired by true historical events, Mary and Henry Pattenden flee to America to escape religious persecution -[Note -Mary is the ancestor of the Cottingham family in Bibb County, Alabama.]