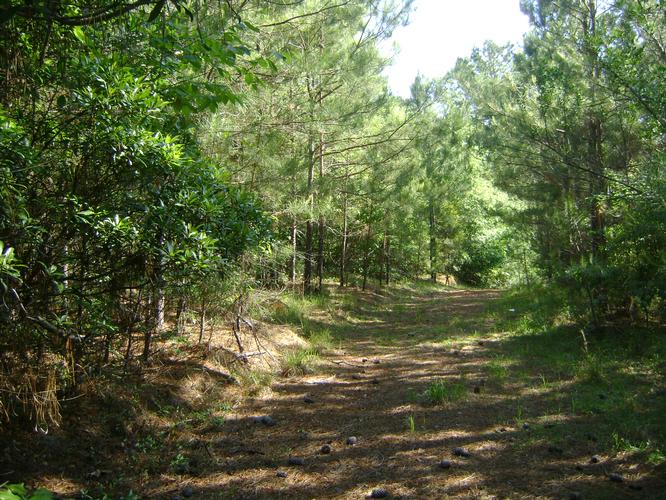 Researching the Joyner Cemetery located between Owassa and Wilcox communities recently made me aware once again how cemeteries are known as other names by different generations. In rural settlements, a cemetery is so named usually by the number of surnames common to it. For instance, if the majority of names found are Smith, then it’s “Smith Cemetery” if Brown, “Brown Cemetery” and so on. It can be named after the one who established it, gave or owned the land for it, and not have anyone by that name buried in it. If it’s a church affiliated cemetery, then it’s usually known as the name of the church, even if the church is long gone or renamed.

Many of our ancestors get ‘lost’ simply because two or three generations down the road, a name changes for a cemetery, church or town, or those places disappear from view because of economic growth, agricultural practices through the years or timber development. 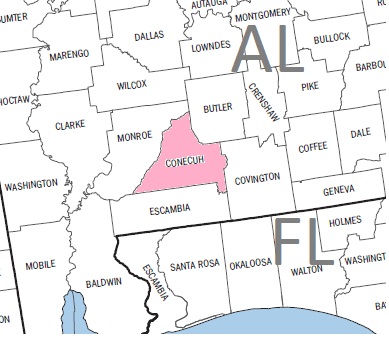 Yet another Joyner Burial Ground was located in the Flat Rock community, according to Conecuh Headstones Book, Vol. II. In Township 6 North, Range 12 East, and Section 14 there were 4 graves known to be buried in the woods between two dirt roads in Flat Rock. In 1981 when the area was surveyed, it was noted that there were no markers visible; though citizens in that area knew of four graves.

Known to be buried there were Zade Joyner, Nancy Joyner, Mrs. Savannah Windham and a Shaver Infant. In the 1870 Conecuh Census, there was a Zed K. and Nancy Joyner, ages 22 & 18, living next door to Elisha E. & Elizabeth Joyner, same names found in the previously mentioned Joyner Cemetery further up towards Owassa. According to Confederate Pension Records for Conecuh County in 1915, a Mrs. Savannah Windham received pension that year, so we know it’s after 1915 that she died.

If you can shed light on this cemetery location or those buried there, please call me at 251.578.2670 or email at [email protected] if possible. This cemetery is known in the headstone book as “Pilgrim’s Rest Cemetery”.

I am a genealogist/historian for a municipal library in my hometown of Evergreen, Conecuh County, AL. I help people from all over the world research their family trees. It's rewarding work, though very low-pay, so I moonlight as a genealogist as well. I enjoy meeting new people and helping them discover the keys to their family puzzles. I also write a weekly newspaper column for our local weekly paper, The Evergreen Courant, called Written in Stone, which features cemeteries in our region. I am passionate about cemetery preservation. I've been 'in charge' of the genealogical department at the library for last 10 or so years--hard to believe I've been here this long, again, already. I worked 10+ years for the City of Evergreen in the position of Director of the Animal Control Dept before going into business with my dad for several years; then, finally found my niche in the field of family research! It's been great! Not great pay, but great dividends in meeting wonderful people from all over the world! I so enjoy history and preservation, family and solving ancestral puzzles for folks, and getting the opportunity to write about it all! One day, I'm gonna finish that book! Email: [email protected] My website: http://canebrakeghs.com/