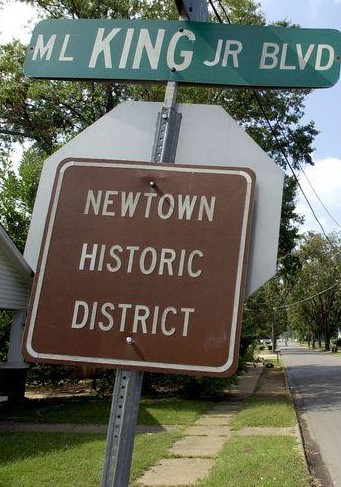 A little after this period of time, in 1821, that part of the Tuscaloosa city limits known as”West End” and at times called “New Town”, was purchased from Colonel William Ely, agent of the deaf and dumb orphan asylum of Hartford, Conn. Continued below 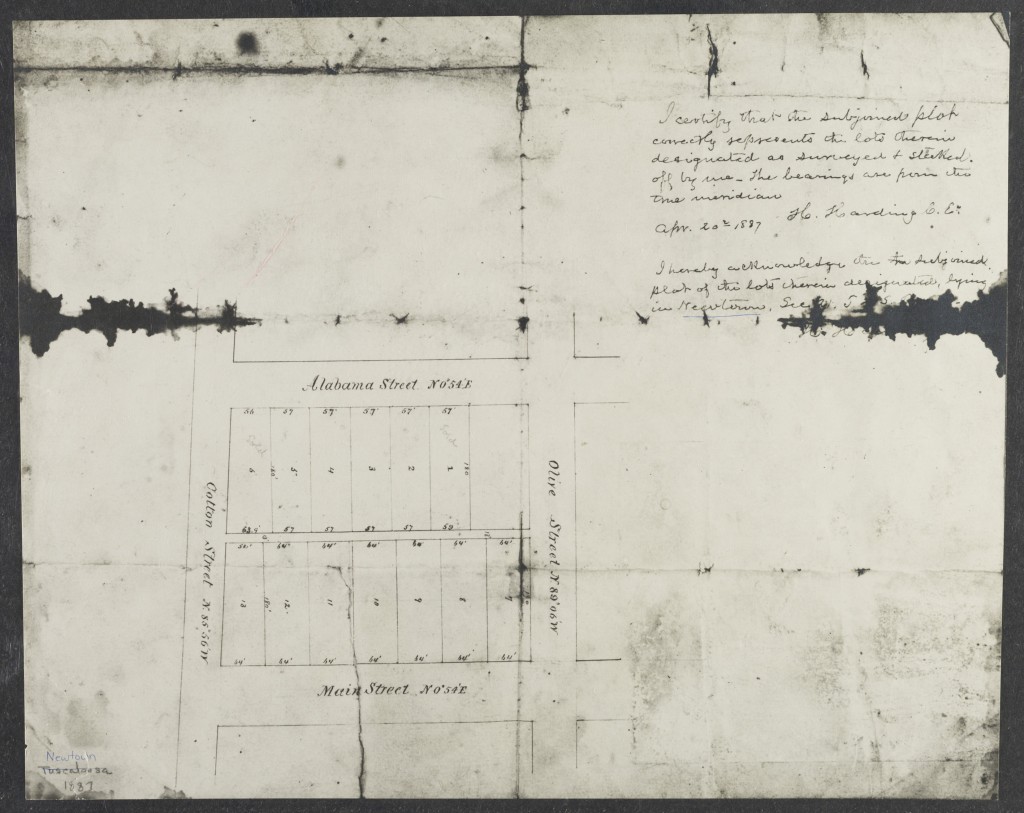 It was purchased for making an addition to the original city limits which included all of Section 22. The new addition included a little over half of Section 21. The purchasers were Wm. L. Marr, Hardin Perkins, Wm. Parris, Charles Lewin, Isaac Patrick, James Spencer, John Spencer, Peter A. Remson, Benjamin and George Cox, Gilbert and Gordon Salestonstall. These purchasers had the half section surveyed into lots and streets and sold at private sale the lots. Most of the above-named parties built their homes in this new addition.

George Cox, who had been a sea captain, had a store on the corner northwest from Mr. Ward’s where Mr. George Davidson once owned and lived. Captain Cox lies buried under a brick vault about a hundred yards north of the Dr. Trimm residence.

When “New Town” began making a pretty good showing contention arose as to where the court house should stand, whether in the old survey, or in “New Town.” Years ago it was said by some of the oldest inhabitants then living that in order to settle this contention, a compromise was made and the court house was built as near the section line as possible on lots 9 and 10 in New Town survey.

While in a sense of the word it was a compromise, it was, as a matter of fact, the result of an election held by the people of the county in February 1822.

“Even today, however, the effects of Newtown’s history are visible. At Martin Luther King, Jr., Blvd., which formed the north-south border between the towns, the east-west streets make a notable jag, becoming more square on the Newtown side. A handful of beautiful historic Newtown homes still stand today, such as the Carson Home on 36th Ave. This abiding influence is in spite of a horrific tornado in 1842, which destroyed many of the original Newtown buildings, including the defunct courthouse (Clinton, Scrapbook 34).”

Disagreements occur in the Cottingham family in Discordance: A story of one family’s destiny (The Cottinghams Book 1)