The Methodist Circuit Rider had a difficult life in the early days of Alabama as can be seen by the narrative below. 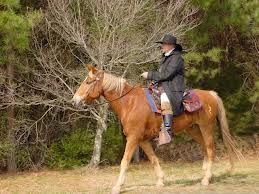 The Methodist church in those early days had only a limited membership, but after the country was laid off in districts and circuits, it increased rapidly in church organizations and membership.

They discarded the doctrine of predestination and election. They believed in baptism, either by sprinkling, pouring or immersion, as the applicant desired. They believed in open communion, and extended invitations to all orthodox christians (sic) to the sacramental board. They believed in foreign and domestic missions and were in favor of an educated ministry. The government and usages of the church in that day were about the same as at present.

On each of the circuits the members and citizens would construct preaching places, sometimes at school houses, private houses, and when the weather was favorable, under bush arbors. The preachers were expected to preach each day in the week, unless providentially hindered, and they would have a congregation every time. The Conference had a method of doing business, and that was why they were called the Methodist church, and it required hard and faithful labor at the hands of its preachers.

Those preachers generally arrived at their appointment about the usual hour. They would dismount from their horses ( there were no buggies in those days), and walk directly into the church, without speaking to anyone, and begin services. As soon as the service was over, there would be a general hand shaking between the preacher and congregation.

When the congregation got ready to leave, some brother or friend living in the direction of his next appointment would take him home, give him the best they had, and be glad of his company.

Each one received one hundred dollars

The next morning he would go to his next appointment, and so on all around the circuit once a month all the year round. Each one of these preachers received one hundred dollars, appropriated out of the general fund of the conference, for his incidental expenses.

If he had a family they were provided for, but the majority of them were single men. If one of these preachers joined the conference, expecting to have an easy time and to be sent where he wanted to go, he was generally disappointed. He had to go where he was sent, and he was expected to go without complaint. There could have no earthly motive for those good men to enter the ministry; their only motive was to do their Master’s will and preach the gospel to the people.

Some of those early circuit riders have made great preachers: they have made elders, doctors and bishops. The Methodist church, since that early day, has grown in grace, knowledge and members. It has added member to member, church to church, mission to mission, and has spent millions in extending the cause of christianity (sic) all over the world, and the good work is still going on.

This generation of preachers have passed away. Their work was hard; they assisted in organizing and establishing the first churches, and made the work comparatively light for those that were to follow.

The Indian Removal Act of 1830 marks a dark time in American history regarding the new country’s relationship with the Native American population. The Act called for the “voluntary or forcible removal of all Indians” residing in the eastern United States to the west of the Mississippi River. Between 1831 and 1837, approximately 46,000 Native Americans were forced to leave their homes in southeastern states.

ALABAMA FOOTPRINTS: Banished reveals true stories, documents and news articles from this sad time in Alabama’s history. Some stories include: