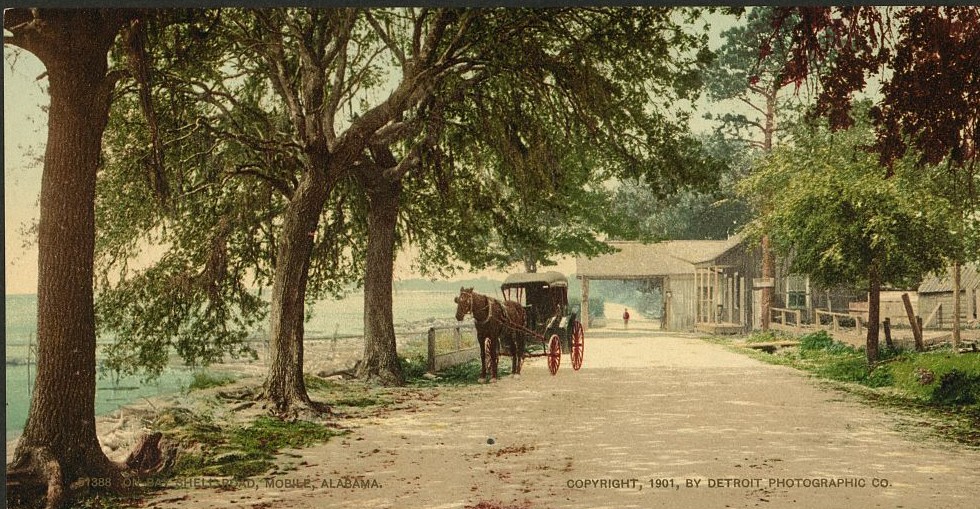 (The following story is the first section of a news article written in 1817 which is descriptive of Mobile, Blakeley, St. Stephens and Jackson, in 1817. It was published in 1817 when Alabama was still a Territory and first printed in the New York Herald, then copied in the Alabama Republican, and finally published in the Huntsville newspaper. In 1817, the population of Mobile did not exceed 800 persons. St. Stephens, located on the Tombigbee River, about 100 miles above Mobile, was “a town of considerable importance” with a population of several thousand people. The article has been transcribed from The Alabama Historical Quarterly, Vol 03, No. 01, Spring Issue 1941 – and will be continued in parts over the next few days. See all sections currently published of the article at: Towns in the Alabama Territory)

Much valuable information to emigrants and other, is contained in the following letter from a gentleman now in the Alabama Territory to his friends in New York: Dear Sir: In answer to your inquiries respecting the commercial towns already located in the territory of Alabama, as well as the eligible sites for such as have been established, I submit the following view, with such observations as appertained to the subject. The town of Mobile is situated on a low sandy pine plain, on the west bank of the west mouth of Mobile river, within one mile of the bay. It was founded by the French upwards of one hundred years, and is older than New Orleans. Its population does not exceed eight hundred souls inhabiting 1 hunrded (sic) & twenty tenements of very inferior size, and nearly all of an ancient gothick (gothic?)  appearance. The inhabitants of Mobile are of various descriptions: About five hundred are people of color, of every shade,—who are generally free and possessed of real estate, &c. The balance are whites of a heterogenous (sic) character. The manners and customs of the French and Spanish towns at present appear to prevail. There is no house of public worship except a small Roman Chapel, in which a Spanish priest occasionally says Mass. The trade of Mobile is very inconsiderable, but is increasing as the up country settles. There are at present 15 good stores and a few groceries.

The want of good fresh water in Mobile is at present a serious inconvenience and disadvantage to that place. Nearly all the potable water used there for six months in the year is drawn by waggons &c in kegs and barrels from a creek 3 miles W. of the town. During the winter the river affords wholesome water for every use. It is, however, I believe in contemplation to have water conducted into the town, by aqueducts, from a branch of the above named creek, whose fountain is said to admit of it about four miles from Mobile.

Time will determine whether Mobile will become a great commercial city

With respect to the facilities of ship navigation to Mobile they are not so great as could be desired. Although Mobile Bay admits vessels of twenty feet draught, and those of fifteen can ascend within ten miles of its head; yet those over 12 feet cannot enter the mouth of Mobile River. Owing to the shoalness of the shores of the Bay, no town can be erected below the outlets of the river; consequently the seaport for the Alabama Territory must inevitably be on the river; and on account of the extreme crookedness of the river, and the impossibility of ascending them with practical economy with Atlantic shipping, the emporium of trade upon these waters will forever be confined to the head of Mobile Bay.

Whether the town of Mobile is to become the great commercial city, which appears to be rising up at the outlet of the extensive and interesting, waters of Tombigbee and Alabama, or some other place, time will soon determine. 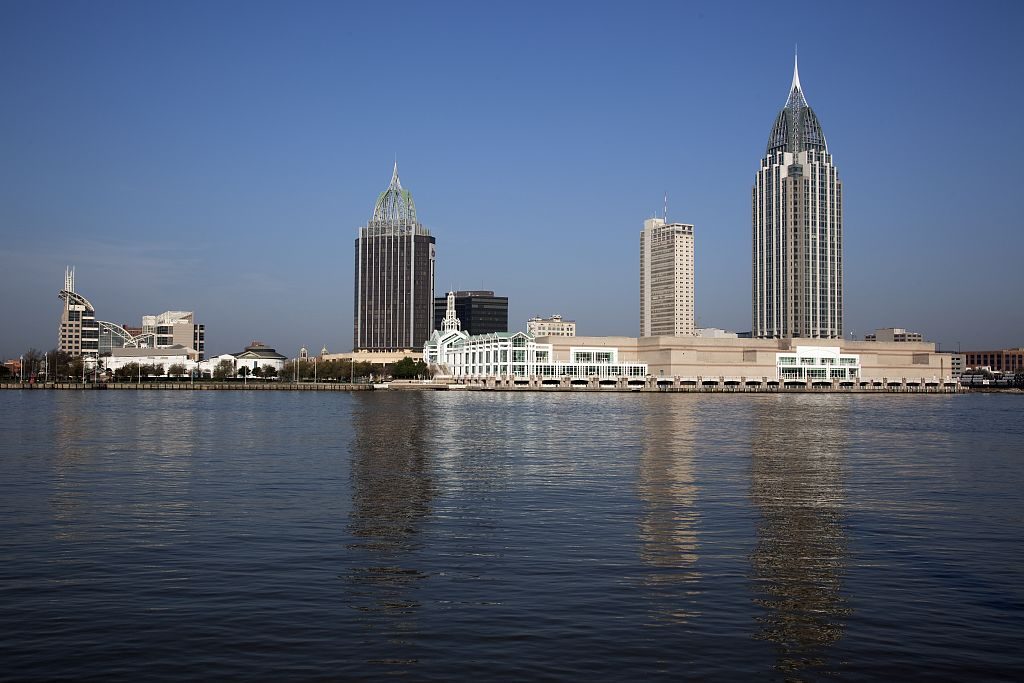 Skyline of Mobile, Alabama by Carol Highsmith 2010 (Library of Congress)

However respectable the town of Mobile has become by its great age, the Americans, who are emigrating to that country seem generally to turn their attention to a new town laid out, in pursuance of an Act the Territorial Legislature, on the east channel of the Mobile river.

This is styled in the law the “Town of Blakeley“. It lies six miles north of Mobile Bay on the east margin of the main ship channel of Mobile River; which from near Fort Stoddart down to the Bay, is demoninated (sic) “Tensa”. This channel subdivides in front of Blakely, and its principle mouth runs-south-westwardly to near the centre of the head of the Bay, where it forms an injunction with Spanish River, (which is the main channel into Mobile) and both make one, common channel over the bar, 12 feet deep at high water; there being but two feet flow of tide ordinarily and but one flood and one ebb in 24 hours in Mobile Bay. The other four mouths of Mobile river have not more than 8 or 9 feet at high water on their bars. Vessels drawing more than 8 feet of water must pass up Spanish river, (which is the third mouth from the high land) and double an island six miles north of Mobile, and then in a northerly wind, drop down to town. Vessels of the same draft pass directly from the sea into the port of Blakeley, without the least delay. The: harbor of Blakeley, is spacious convenient and secure, having bold shores on all sides, and entirely land locked close in. The highlands on which the town stands, shield the shipping entirely from easterly and southerly gales, (the only dangerous winds in the Mobile Bay.) (to be continued)