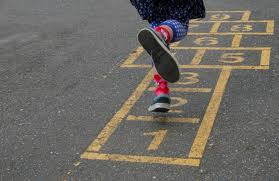 Oh, What Games We Played 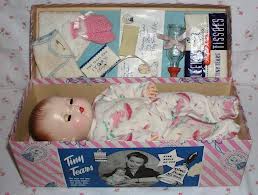 Fall is here! When the first little bit of cool air hit my face early one morning, my first thought was; “Soon it will be Christmas”.

Toys of the past

Thoughts were whirling around my mind as I picked up my paper and walked back into my house. What I needed to do was start a Christmas list for my five grandchildren. What were the new games or toys I would find on the store shelves this year?

Then suddenly, a stirring of memories came slowly to my mind. The games and toys I had when I was growing up began to take shape.

I had a baby doll with the blue bonnet, which later sold for a pair of skates during the war. I also had a new red bicycle I loved; no five-speed here.

Dollhouse made out of a cardboard box

One of the best play activities that I kept me occupied for hours was a dollhouse I made out of a cardboard box. I cut out windows on the side of the cardboard box. Then I cut pictures of curtains out of the Sears and Roebuck Catalogs and pasted them on the windows. I cut outdoors that would swing out and made play furniture out of the left- over cardboard. I finished decorating by pasting rugs cut from magazines, on the floor.

The people who lived in my dollhouse were paper dolls, of course, bought at the store and cut out with scissors. I cut costumes for them from a catalog or magazine. These paper dolls had lots of clothes and each paper doll had her/his own catalog to store their wardrobe between the pages.

Hopscotch was one of my favorite games I played with the girls my age. All the girls carried a stubby piece of chalk and her favorite “piece” to play the game on the spur of the moment. We played during recess or waiting for the school bell to ring for classes to begin. My best “piece” was a blue piece of broken glass from a Milk of Magnesia bottle. 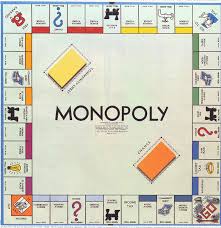 Ah, how I loved the old game of Monopoly. Sunday afternoons were the best spent with my friend Jane, playing the game. Almost every Sunday after church we went to her house or my house. The game never ended, even after playing hours of buying real estate on the board! Of course, during the game we talked “girl talk”, no TV here!

Well, so much for thoughts of old toys and games. Technology overrules for Christmas.