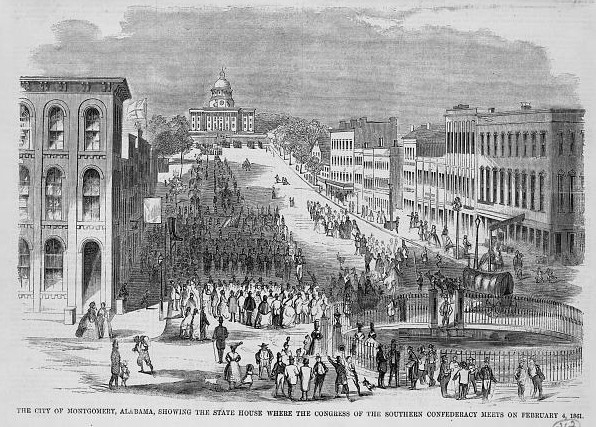 EARLY TIMES IN THE VICINITY OF THE PRESENT CITY OF MONTGOMERY.1

Col. Hawkins, in his Sketch of the Creek Country, thus describes the old Alabama town at the present site of Montgomery, as it was at the beginning of the present century:

“E-cun-chate: from E-cun-na, ‘earth,’ and chate, ‘red.’ A small village on the left bank of the Alabama, which has its fields on the right bank in the cane swamp. They are a poor people without stock, are idle and indolent, and seldom make bread enough, but have fine melons in great abundance in their season. The land back from the settlement is of thin quality; oak, hickory, pine, and ponds. Back of this, hills, or waving. Here the soil is of good quality for cultivation; that of thin quality extends for nearly a mile [from the river].”

Description of the Old Alabama Town

This is an excellent description of the country extending south of the old town, as I remember it in 1839. Within my earliest recollection, the town-site itself was a level, uncultivated field, hard by the bluff of the river. The surface was strewn with the remains of the former Indian occupation. The school boys of Montgomery, for whom it was in those days, a famous place of resort, used to call it “old town.” There were plenty of doves, larks, and partridges in the old fields, and under the shady bluff good fishing in the river. The two Indian mounds3 found here in the earliest settlement by the whites had been dug down before my day to make bricks for the old Planters’ Hotel in the city. To reach “Old Town,” the boys used to go out on what I suppose is now called Bell Street, then known as the Washington Road.

At the brow of a small hill, about one mile from Court street, stood the old Bell mansion, long the residence of Bushrod W. Bell, a noted citizen of the town, and Sheriff of Montgomery County in 1840. Turning to the right at the foot of the hill a short walk brought us to the old Alabama town. There are several of the old boys yet living in Montgomery who can tell of those schoolboy excursions to “Old Town,” and of our search over the field for arrow points and other relics of the ancient inhabitants. There are James W. Powell, and his brother John, George R. Sayre and Calvin Sayre, Robert H. Sommerville, Dr. John Hazard Henry, B. Leon Wyman, and a few others—alas how few!

Of the rest some are scattered here and there in the world; many repose on the hill that Andrew Dexter set apart in the beginning as the last sleeping place for the people. There are excellent reasons for believing that the first white men who ever saw the woody slopes on which Montgomery is built were the intrepid Spanish adventurers, who followed Hernando de Soto in his wonderful analysis. De Soto in his southward journey through this region in 1540 crossed the Tallapoosa at a town called Talise. It can almost be demonstrated that in his march from Talise he crossed the Alabama not far below the mouth of the Cahawba. 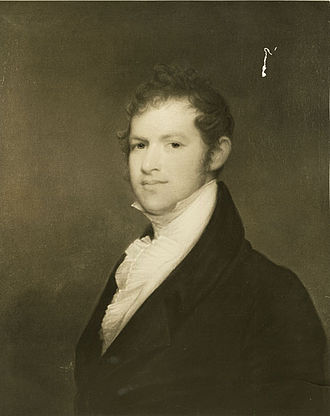 This conclusion, it is gratifying to note, has been reached in recent years by several scholarly gentlemen in Alabama, who have studied the itinerary of De Soto in the original sources.4 Hon. Willis Brewer, of Hayneville; Col. R. A. Hardaway, of the University; Maj. J. W. A. Wright, of Livingston, and Mr. Clifford A. Lanier and Edmund P. Morrissette, Esq., of Montgomery, each studying for himself, have reached the conclusion that De Soto crossed the Alabama not far from Cahawba, thus differing from the oldest students of the route, Meek, Pickett, and Theodore Irving, who thought that the crossing place was lower down in Wilcox County.

Word Tushkaloosa abides in the language of Alabamas

If the recent conclusion is true, a glance at the map will show any one who bears in mind the fact that the Indian towns were nearly always situated on the banks that De Soto in his march from Talise to the mouth of the Cahawba following the Indian trails from town to town must have passed hard by the old Alabama town at Montgomery. For my part I venture to go farther and to conjecture that the giant chief, Tush-ka-loosa, and his son Aktahache, whom De Soto encountered in this quarter, were the head men of the Alabama town. Why not? The word Tushkaloosa, meaning, Black Warrior,” abides to this day in the language of the Alabamas. The Spaniards must have met the Black Warrior not far from the place where Montgomery now stands. The names of two of the towns traversed by the Adalantado in this region—Ullibahalli and Towassa—have a familiar sound to those who are versed in the ancient lore of this vicinity. The little band of Spaniards sent out from Pensacola Bay, in 1559, twenty years after De Soto’s time, by Don Tristan de Luna in search of the Indian town of Coosa passed by the river and town of Ulliballe, or Olaballe.5

Towassa, a name venerable for its antiquity, was the appellation of the Alabama town on the bluff three miles below Montgomery.

2Dr. W. S. Wyman, son of Justus and Mary (Stokes) Wyman, was born in Montgomery, Ala..Nov. 23,1830. His father was born in Woburn. Mass., of Puritan stock, and his mother was of the Stokes family of N. C. The former emigrated to Claiborne, Ala., in 1818, and to Montgomery in 1822. Dr. Wyman is a graduate of the Univ. of Ala., 1851. In 1852-3 he became a member of the faculty of that institution, where he has since remained. His work there has been signally successful and he has been tendered repeatedly the office of President. He is now Prof. of Latin. Dr. Wyman is the leading authority of the State on Indian history and linguistics, besides ranking at the head of students of the history of Alabama. His wife is Malissa, daughter of Capt. James H. and Julia A. (Searcy) Dearing, and they have several children. For an excellent biography, with ancestry, of Dr. Wyman see Memorial Record of Alabama, (1893), vol. ii. pp. 1098-1100. For sketch of Capt. Dearing see William R. Smith’s Reminiscences, (1889), pp. 96-100.

3For description of these mounds see Blue’s History of Montgomery, p. 4. The small one was insignificant, and located near the river bluff. The large one, further away and near the public road, was twenty-five feet high and about ninety feet square. They were dug away in 1833. Under them was found human bones, remains of earthenware, arrow heads, and trinkets.

4For a full collation of the original authorities for De Soto’s expedition, the several editions, and critical comments. see Owen’s Bibliography of Alabama, under the titles—”Biedma,” “Elvas,” and “Vega,” and also Ternaux-Compans, B. F. French and Barnard Shipp. For secondary accounts, see same, under W. Brewer, A. W. Dillard, R. A. Hardaway, C. C. Jones, and Historical Society. See also Winsor, vol. ii, pp. 288-292; Pickett, vol. i, pp. 1-53, with the preface; and Meek’s Romantic Passages in Southwestern History (1857), pp. 213-234.

5For this expedition, with authorities, see VVinsor’s Narrative and Critical History of America, vol. ii, 257-259.

ALABAMA FOOTPRINTS Exploration: Lost & Forgotten Stories (Volume 1)  From the time of the discovery of America through the time of De Soto’s daring expedition, restless, resolute, and adventurous men crossed oceans in pursuit of their destiny.