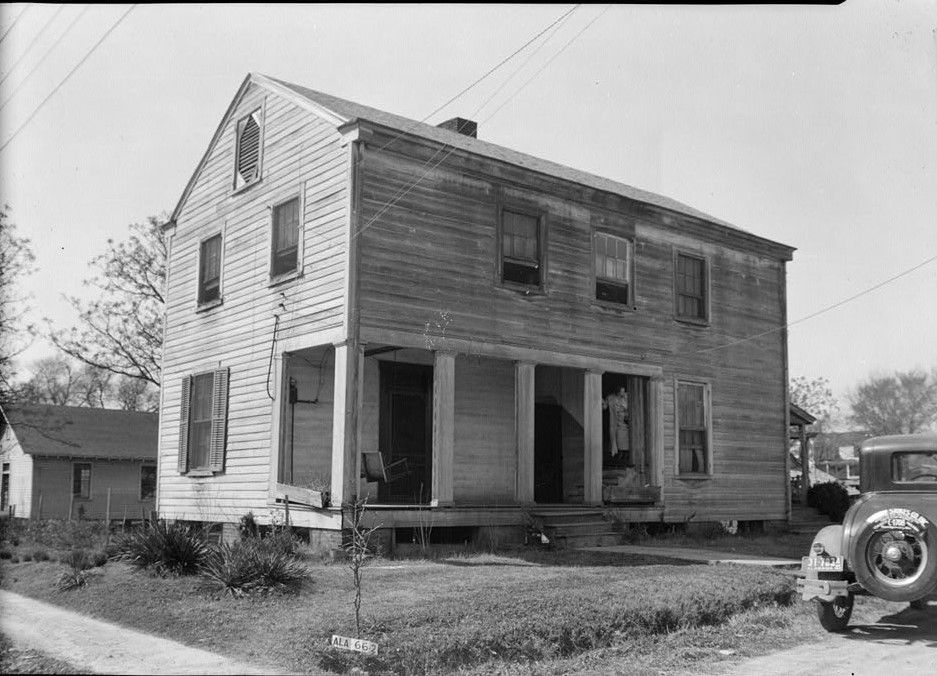 Gerrard Hansford, a free colored person, well remembered in Montgomery, was married on the 15th of December, 1825, by William Maxey, Esqr., to Maria George, daughter of Buckner and Elizabeth George, of Montgomery County. This man sometime later located in Montgomery and ran the following advertisement:

“GERRARD HANSFORD, the first and stationary barber of the city of Wetumpka, grateful to the citizens thereof for their unmerited goodness toward him, and to his patrons, particularly those who have during a residence of five years, more liberal supplied him than any means of accommodation in his power could ever have justified. 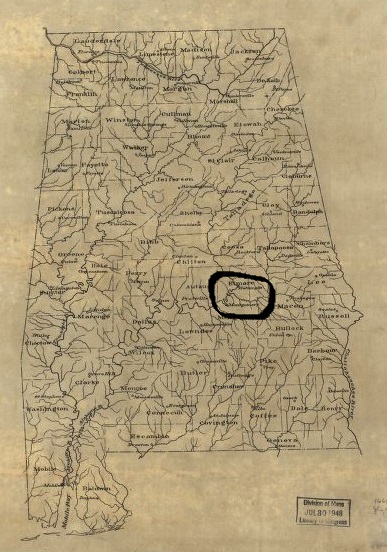 He would here for faults apologize, were he not writing to the wise.

Suffice it to say that now this difficulty is obviated through the goodness of Dr. H. N. Morris, who has erected for him a permanent and very commodious stand, in the rear of his dwelling, lower story of his medical office, in the pass from the American hotel to the Wetumpka Exchange, where more successful efforts will be made to serve such as may call upon him.

The following rules his rates display;

Twelve and a half for shaving,

His charge is nought for laving.

Except blunt edge or gappy,

Which if insured four Bits to have,

Your servant would be happy.

All of which when done by candle light,

(Let this be recollected),

To add one half for work by night,

Will surely be expected.

The same holds good on holidays,

But not “till past eleven;

The Scriptures bid and he obeys,

“Prepare for Church and Heaven.”

In all the past nothing is said

About a monthly dressing;

The which if in advance is paid,

Shall not be found distressing.

And since non-payment’s “but a match,

Good payment then may well attach,

E’en to a Poetaster.”

(Some years later, or until 1847-48, according to Blue’s History of Montgomery, he was “still knocking about this section”. He emigrated to Liberia, in 1848, and died there a short time after his arrival. One of his sons, born in Montgomery County, was the Secretary of State of Monrovia. The former barber was born in the North and received a fair education there. Ed.)