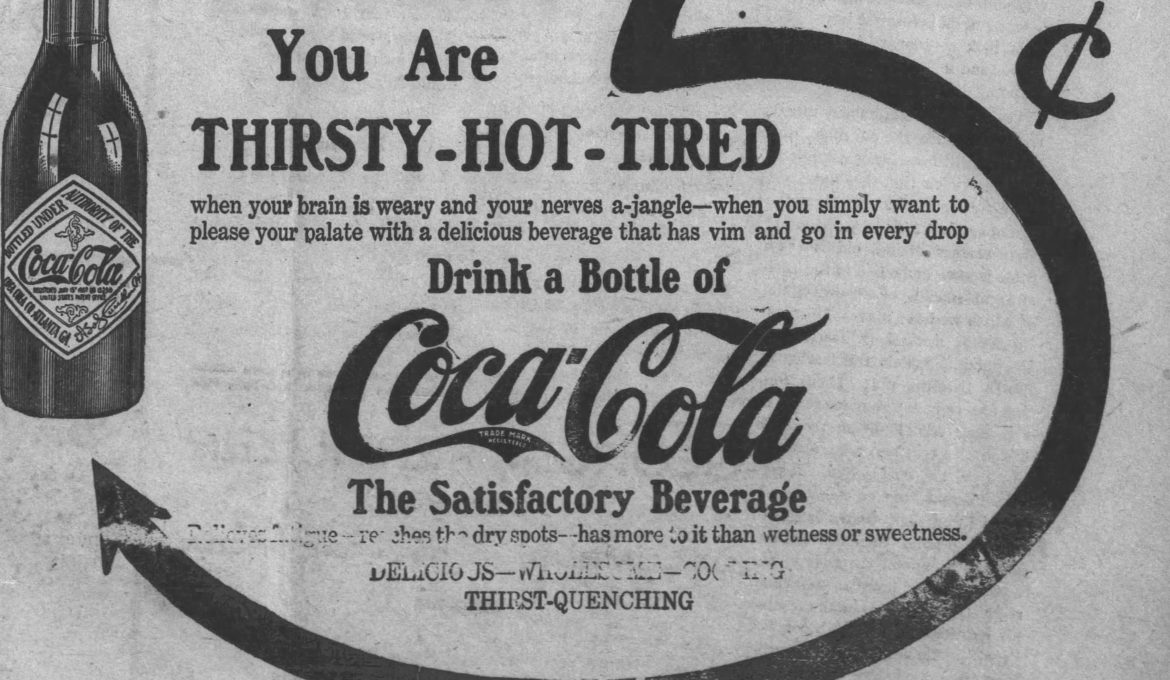 DEAR JOURNAL: The “Merry-go-Round” has gone, and we are a little lonely. Money, money, how it slipped away! but all had a merry time. Little, big, old and young attended the Fair, and are now getting down to their usual duties with zest.

With the exception of some disgusting dancing connected with the vaudeville and the booths where “chances” were sold, the FAIR was a clean show. The people connected with it conducted themselves in a very creditable and deserving manner. They were loud in their praise of our little growing town, and went away with a promise to return next winter.

It has been so cold, so intensely cold, that we have thought seriously of the frigid zone’s changing place with the temperate. Scientists tell us that once the frozen regions bloomed as the torrid zone, that even now beautiful flowers in natural colors may be seen imbedded in the ice, just as we see the perfect form of ferns in coal beds.

Well, hog-killing time is on again and intemperance in eating is resumed—a feast and a fast.

Hear! Hear! We need a large hotel. Come forward, ye men of enterprise. Here’s a grand, good opening. Why nearly all the private houses were earnestly sought during the Fair. Then it was rumored that part of the St. Louis Amusement Co. was compelled to remain out on the night of their arrival.

Mayor Williams, contractor for the Baptist Pastorium, is busy looking after its completion.

Justice Crawford is seeking delinquent tax payers. Baliff Bob is hunting dog tax. If your tax is not paid call on him or lose your dog.

That’s right, Mr. Editor, wake her up (Phenix-Girard). Give her a nudge in the side. She is hard to wake. has she been taking a narcotic that she cannot, will not awake to her needs?

Yes, you are right again about woman’s laxness in selecting her life partner. Truly he would be a fine fellow if she put as much stress on him as that hat, which is a thing of beauty. She looks at it this way and that, sees the flaws, pulls it fore and aft before she buys. So girls look at him with a microscope, and if he stands the test he will do.

Yes, “Dido,” while many things connected with the old time “district school” have become obsolete, and we rejoice that they have, yet there are some which will bear the text of ages. This very method of your teacher of the old North State is now embodied in the agricultural schools of our own State, of which we have nine. The most up-to-date method is “learn to do by doing,” which this teacher of North Carolina did. Then, too, you are right in your reference to the best schools being those which the trustees take little interest in the curriculum. A certain amount of co-operation is needful, but not to the extent of passing beyond their jurisdiction. In taking upon themselves the making of the “laws” of the school room they wrest from the teacher his individuality and he becomes a “tool” in the hands of the “board.” Well, its a good thing to be a plane and he needs to turn about, for there’s the “board” to begin on– some need smoothing down.

Well, now Mr. Editor, we will tell you one thing we need to make us a first-class city in a short time is to “cry” for the County High School. We need it because there are so many children in the town from the tiny tot of two to the youth and maiden of twenty. The same qualifications may be obtained in this school as in the average college of the States, as it shall contain a four years’ course of freshman, sophomore, junior an senior classes with option of two languages. Johnnie, Mary, Susan and Tom may stay at home, may be graduated and know as much as if they attended Brenau, Tuskegee, Judson, Greensboro or Howard. All these had a small beginning once with two teachers, the force increasing as the demand grew. So we are a people of many wants and high aspirations. We look at the dear boys and girls of the town and wish to have access to that which our beloved State offers us. So let us awaken and put in our town that which will be the crowning attraction to this, the “beauty spot” of Russell county.

COMING HOME AND A DEATH

We are glad to note the return of Mr. George Turner to his old home. We knew Uncle George could not rest in the city away from the scenes of his earlier years. “No place like home” kept ringing in his ears while he sojourned two months of the twelve which he tried to live in Columbus.

Mrs. Jennie Turner Brittingham and children, of Columbus have moved to our town to make their future home with her father, Mr. George Turner. We welcome dear Jennie back to the home of her childhood.

We are pained to note the death of Mr. John Franklin Sanborn, who had been critically ill for several months at the home of his sister, Mrs. Columbus Gregory. Only three months ago Mr. John Sanborn was called from his home in Bowling Green, Fla., to attend the bedside of his father, Mr. Benjamin Franklin Sanborn, whose death occurred at that time. We deeply sympathize with this sadly and doubly bereaved family. Mr. John Sanborn leaves a wife and three children. Pathetic, ‘indeed, was the wail of his little daughter, Ruby, as gazing into the casket she said: “My dear papa, you can not go back home with us.” Poor sorrow-stricken hearts; wife, children, brothers, sisters, all. You have our deepest sympathy, and may God turn your sorrow into a light, which shining, may lure you into the enjoyment of that eternal day when there shall be no more sorrow, no more sighing, but life everlasting and a happy reunion with your loved ones who have gone on before.

Although the weather was extremely cold, Bro. Pilley addressed his congregation upon a very interesting subject, “The possibility of being a leader among kindred,” taken from the trial of Peter and John before the Sanhedrin. The congregation being smaller than usual, preaching was held in the Sunday school room.

Preparations are being made for the erection of two more nice dwelling houses.

Several painters have come to town, and we suppose there will be no lack of employment for them.

Now surely, Seale, you do no mean to accuse Judge D. C. Foster of breaking one of the commandments when you said he came to see the much coveted court house. “Thou shalt not covet thy neighbor’s house is in the command. Perhaps he came to get the plan to guide him in that one “Unasita” shall have when they combine. Hurrah! hurrah! for the big city! Let us have a 10,000 city over here.

We are glad you have a nice comfortable court house at last, and that your people are making strides in other directions. We’ve all been in a lethargic state too long. “Let’s live and let live” and be good children from now on.

All joke laid aside, your plan is excellent, for the Florida farmers well bear you up in your statements. we wish the farmers would take your advice.