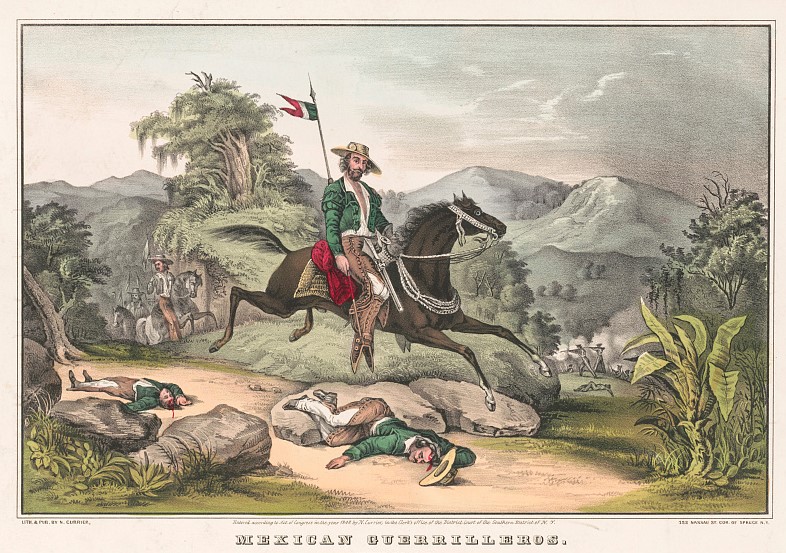 (These several contributions cover the period of February to April 1897, and were made to the Wilcox Progressive Era, published at Camden)

A Mexican soldier, or supposed to be one, passed through the city, (Oriziba) or was stopping there for a few days. He was very bitter against the Americans, swore that he intended to kill every one he got a chance at. This he attempted one day, but failed, only wounding slightly his intended victim. This was done in full view of quite a number of soldiers but the attack was so sudden and unexpected that the fellow got away before he could be arrested. His braggadocio was so open and conspicuous that he was known to quite a number of our men.

Orders had been given from headquarters for his arrest on sight by any soldier in the command, with instructions that he be taken dead or alive. No one thought for a moment that he would risk his life by coming back, but he was a desperado and it was found that he was a leader of a band of guerillas, infesting the mountainous region around the country between the city and the coast. They were constantly on the look-out for any weak escort and would make a dash, often killing several, when they would disappear as quickly as they came. This was a constant menace and annoyance to carriers of dispatches from one part of the army to another. This bold fellow made his appearance again and was recognized; he was passing along the street in front of our barracks. Wm. D. Butler was on guard at the entrance gate. The order was given to arrest him. Butler went forward and the fellow made a lunge at him with a sabre when Butler ran his bayonet entirely through his body, killing him instantly.

The Mexican had an exceedingly fine turnout. The saddle was the finest that could be made, mounted and trimmed in pure silver; bridles with silver buckles and tips; heavy solid silver spurs and as fine a “serape” (blanket) as would be made. It was supposed that the trappings cost a thousand dollars. The serape or Mexican blanket is hand woven, taking months to make and weave the fine ones. They cost all the way from two to three hundred dollars. They were universal throughout the country.

The Mexican horseman would no more start out on horseback without it than he would without his hat. It was his saddle cloth in riding, his bed at night, he ate his midday meal seated upon it, it hung from his shoulders whilst walking the streets, In fact it was his inseparable companion, even little boys began wearing them by the time they could mount a horse. It was to men and boys what the “robosa” was to girls and women; no matter what the station in life, the robosa was worn. This is a kind of shawl or scarf, near a yard wide.

This was worn in and out doors, thrown over the shoulders and head, with the ends hanging down behind, often hiding the whole face except the eyes. The graceful and often coquettish manner of wearing this garment was the means of capturing the hearts of many soldiers. Like its kindred worn by men, this differed in texture and price according to the ability or means of the wearer.

In sending dispatches from one army or post to another, it required a strong cavalry force, or at least of sufficient strength to protect the dispatches from capture by the wandering bands of guerillas mentioned. The most expeditions could not go over thirty miles a day, the larger the escort, the slower the travel. A Mexican proposed to Gen, Bankhead to be the bearer of dispatches from Oriziba to Vera Cruz, for a consideration, agreeing to go through the whole distance, ninety miles, in twelve hours. This looked like an impossibility. Gen. Bankhead concluded to try him and did so.

This Mexican, with an ordinary looking Mexican pony, would leave Oriziba about dusk, after being given the countersign, and by eight o’clock the next morning would hand in his dispatches at headquarters in Vera Cruz, going the whole distance in one night on the same horse. He would leave Vera Cruz the same night on his return and pass the pickett post at Oriziba next morning early. After this all dispatches except of a very important kind were sent by this Mexican.

He was often apprehended in the night by bands of guerillas and searched; his saddle and clothes would be cut and torn open looking for dispatches, suspecting the rider of being in the employ of the United States Army. He, however, was smart or shrewd enough to hide his papers where they were never found. This he did by tying them in the bushy tail of his horse, the mane or foretop. Had he been detected his life would have paid the forfeit. The Mexican was a very intelligent one, was the sheriff of the city or county, was much feared and respected by the natives and stood well with the United States authorities.

One of Capt. Irby’s men, T, J. Penton, just before the command left Oriziba, killed a Mexican boy, who was about twelve years old. Penton was on picket guard at one of the passes in the city. This pass was closed by a huge swinging gate, none were allowed to pass in or out without permission. This boy that was killed, in a playful way told Penton he intended to run in and attempted to do so. Penton let his musket fall from a shoulder to a charge position, when the musket fired, killing the boy instantly.

It was an accident beyond a doubt. The musket was the old flint lock kind, and by letting fall from the shoulder into hand, it would go off half cocked. Penton, not knowing this, innocently killed this unoffending boy. He was arrested and placed in close confinement. to await a trial by court martial for murder. He regretted the occurrence very much but circumstances were somewhat against him. Sentinels had orders not to have any words with passing persons. He had expressed himself in an idle moment as wanting to kill a Mexican. He was, however, released without a trial by proclamation of amnesty on a ratification of peace between the two countries.

H. J. Penton, a brother of the one mentioned, was almost a giant; would have done well in a dime museum for the Mexicans. His height was over seven feet, body and muscles in proportion. He wore a No. 14 shoe; he was unable to get a pair from the Quartermaster store, so had to resort to the native shoe makers to supply him. Not one had a last large enough. Finally a last was made to fit him. This gave the shoemaker quite an advertisement and he became noted. The last was hung out before his shop as a sign, giving a history of it.

Many Mexicans could be seen daily standing around gazing with much wonder at this reminder of the huge American soldier. Many pairs of shoes were sold from the shop that would not have been but for this little thing of having a big foot. All Mexicans have extremely small feet in proportion to their bodies.