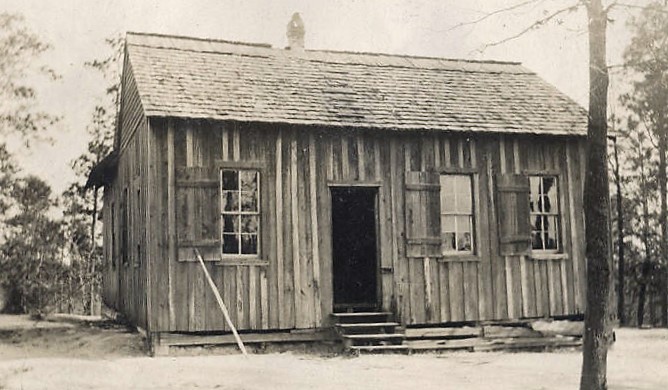 Some early permanent settlers in Clarke County, Alabama came from Georgia, which had been colonized in 1733. They had traveled from the Carolinas, colonized between 1640 and 1670, from Virginia, where the first English settlement commenced in 1607. Others settling in Clarke County came from Kentucky, which had been settled by six families led by Daniel Boone in 1773. The six families were joined by forty others from Powell’s Valley, and constituted all the white settlers of Kentucky in 1773.

Still more came from Tennessee, where temporary settlements were made in 1765, but the important and permanent ones not until 1774. These Tennessee settlers had lived independent of North Carolina or the United Colonies till 1788, when their country was ceded to Congress and they became a part of the state of North Carolina.

“Americans, so soon as they began to be American citizens, manifested that roving, restless nature, which makes them probably the most migratory of all the great and enlightened nations. Scarcely, it would seem were the fruits of cultivation beginning to be enjoyed, in these certainly new states, before many enterprising, brave, and daring pioneers are ready to enter upon what was then the last acquired territory of the Union.” (Ball)

McIntosh Bluff was an English-grant, the tract of land so-called having been given by the King of England to Captain John McIntosh who was connected with the army of West Florida. John McIntosh had a son who became a British officer, and a daughter born in Georgia. This daughter went to England, married a British offficer named Troup, returned to Mobile, and went up the river in a barge to her father’s residence. There, in 1780, at McIntosh Bluff, was born a son who bore the name of George M. Troup and who became in after years a distinguished governor of Georgia, one of the vigorous political writers of his age.

The McIntosh family were Scotch highlanders, and while one branch had its representatives in the British army, other members of the family, citizens of Georgia, were zealous whigs during the Revolution. Among these were Colonel John and General Lachlan McIntosh, the latter having come to the Georgian colony when a boy with Oglethorpe, its founder.

At McIntosh Bluff was held the first County Court of Washington county, in 1803. Thomas Malone became a clerk of the court of Washington County, Alabama with John Caller, Cornelius Rain, and John Johnson presiding.

Daily life as an Alabama pioneer

The capture and arrest of Vice-president Aaron Burr

The early life of William Barrett Travis, hero of the Alamo

Treaties and building the first roads in Alabama.