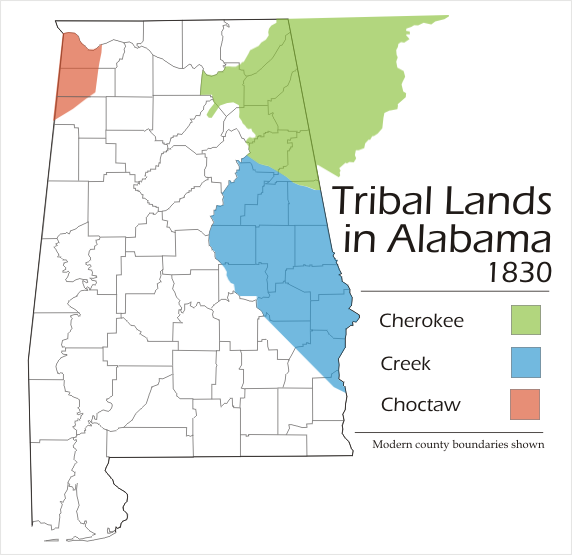 The missionaries were exonerated when the Supreme Court rendered a landmark decision that declared the laws in which Georgia had extended her jurisdiction over Indian Territory. unconstitutional. The United States Supreme Court declared that the Indian Nation was not a foreign nation and therefore did not have jurisdiction in the case.

In 1832, Chief Justice John Marshall stated the legal possession of Indian tribes who had been guaranteed lands and residence within the borders of the United States. His opinion, delivered in 1832, declared that “the right of discovery could not affect the rights of those already in possession as aboriginal inhabitants, that while the discoverers obtained the right of purchase, that right did not include a denial of the right of the possessor to sell.”

The opinion was then applied in detail to the contest between the State of Georgia and the Cherokee Indians. Marshall declared that all the legislative and treaty acts of Georgia proved her acquiescence in the principle that the Cherokee nation possessed a full right to the lands they occupied; that their territory was separated by treaty from that of any state within which they might reside; and that within their boundary the Indians possessed rights with which no state could interfere, and that the whole power of regulating intercourse with them was vested in the United States.1

The Cherokees were jubilant with this opinion, but their joy was short-lived. Georgia continued to fight.

Many treaties were made with the Indians after the Removal Act of 1830. The first of these was with the Choctaws September 27, 1830, at Dancing Rabbit Creek.

After preliminary arrangements at Cusseta, a treaty with the Creeks was made at Washington City, March 24, 1832, followed with a meeting at the Council House on Pontotock Creek in Mississippi on October 20, 1832, with the Chickasaws.

Not long after the execution of their treaties, the Choctaws and Chickasaws moved from Alabama to the west.