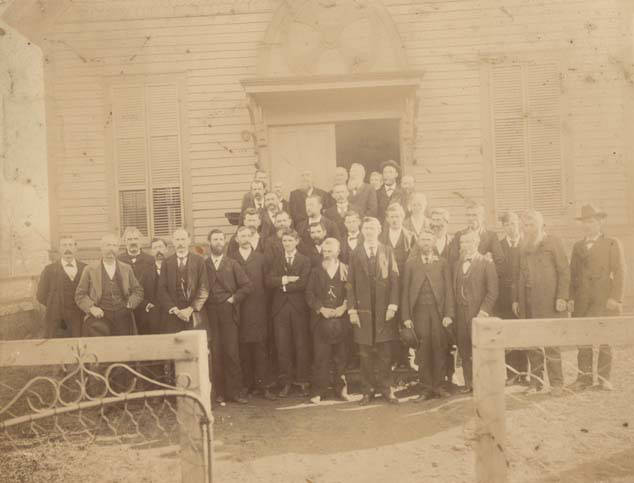 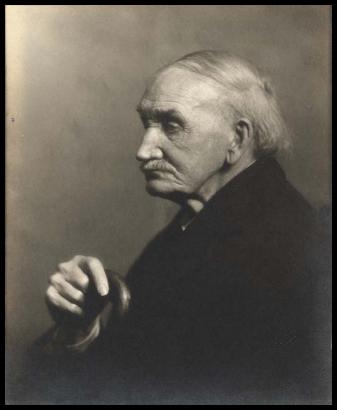 In this undertaking, I find myself almost entirely destitute of materials the most vital. The records of the various organic bodies have, during those bygone days, been most uncertainly made and preserved. The history of many local churches, if ever made, has been entirely lost. As a rule, this has occurred to the first churches planted on Alabama soil, and hence the severity of the loss.

Presbyterial records have been given a better chance at life; yet, in at least three instances, the early records have been destroyed by accidental fires. The history of the Alabama Synod so far as that history is found in its minutes, has been preserved with a greater degree of security. Some eighteen years ago I was elected the stated clerk and treasurer of the synod. This brought into my hands all existing records for a period of fifty years—from its creation, in 1836 to 1884.

Photograph below is of The Talladega Presbytery, Oxana Session, December 7, 1897 – James Hugh Blair Hall stands on the first row, seventh from the left.

I soon discovered that the minutes were in a perilous condition, as the proceedings of several sessions were on detached sheets and others in partial transcription. At the sittings of the Synod in 1883 I brought the matter to the attention of the body. The result was that I was authorized to purchase suitable books and transcribe the records ab initio.

“Did you know that religious persecution of Presbyterians occurred in early America? Read about it in this Tapestry of love historical fiction series by Alabama author Donna R. Causey“

In prosecution of this order, I secured two handsome volumes, and, with painstaking, did the work. I soon found omissions, and the loss of the entire records of several sittings. It came to me then as a pleasant duty to supply as far as possible all these deficiencies. It required time, patience and much work to complete this self-imposed task. The results of this extra labor I put into various “historical notes” throughout the volumes. 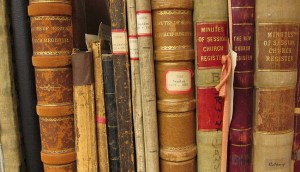 Since 1884, the clerical work has been nicely done and the records carefully preserved. Many of the early ministers kept only imperfect data of their lives and labors, while most of them left no records or notes whatever. Again: if these things were not true, I am a pioneer in this work, inasmuch as it has not hitherto found any historian. In the midst of such surroundings it can be seen how difficult the task set myself. And yet if I do not speak, who will and when?

They Came From Virginia And North Carolina

In crossing the Alleghany Mountains into the great Mississippi Valley immigration formed for itself two centers, one in Kentucky, the other in Tennessee—both at that day open territory. These centers came later to be known as the Cumberland and the Green river settlements. Speaking in more modern terms the former was South Kentucky and north Middle Tennessee; the latter is now North Kentucky. 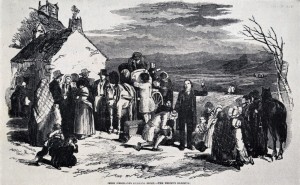 The people who settled in this new country were typical Americans, moving down from Virginia and North Carolina. They were largely Presbyterian in faith. Consequently, we find the Presbyterian Church one of the first, if not the first, operating in that field. Local churches, presbyteries and finally the Kentucky Synod were organized. Much of the Cumberland country after a while became the home geographically of the Transylvania Presbytery of this great church. “At the sessions of the Kentucky Synod, October 1802, the Transylvania Presbytery was divided, and the Cumberland Presbytery formed, including the Green River and Cumberland countries.“

Revival Of Religion Swept The Continent In 1800

A most gracious revival of religion swept the American continent, as far as settlement had gone, beginning in 1797 and finding its flood tide in 1800. It is generally referred to in American ecclesiastical history as “the revival of 1800.” This movement, like all others, social, political and religious, had both its friends and its enemies—its helpers and its hinderers.

In this new country many demands, new and pressing, were made for church existence and polity. A new order of things was growing out of the pioneer progress. The old order was inadequate and not adapted to the modern needs. 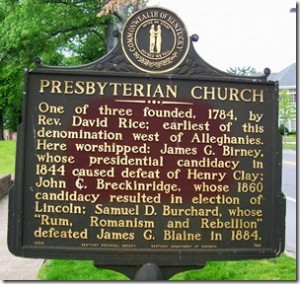 The Rev. David Rice, the first Presbyterian minister who settled in Kentucky, in his sixty-eighth year advised that his church, owing to the great demand for public expounding of the gospel, select laymen of intelligence and piety and encourage them to apply for admission into the presbytery. This seemed to him the only practical solution of the problem of giving these thousands the gospel.

In the new presbytery created by the division of the Transylvania—the Cumberland—there were ten ministers, five of whom were in favor of the revival, while the remaining five were its opposers.

Soon these became known respectively as the Revivalists and the Anti-Revivalists. Here is the entering wedge. It is not my purpose, however, to discuss the causes leading to the organization of the Cumberland Presbyterian Church. Suffice it to say, they were both doctrinal and economic. I am but giving a few facts with their dates—a bit of history. 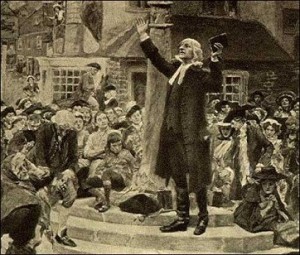 The tension grew so strong that finally, Dec. 5, 1805, the Cumberland Presbytery of the Presbyterian Church was dissolved. Those who opposed the revival were transferred to the old Transylvania Presbytery. The Revivalists were left out wholly and summarily. Prior to the dissolution several other men favorable to this party had been regularly inducted by it into the sacred office.

These men, having now no ecclesiastical relation, faced this question: “What shall we do?” They did not delay in getting and giving their answer.

They First Formed Themselves Into A Council

Practically the next day, Dec. 6, 1805, they formed themselves into “a council.” They agreed to go not then into any organic body; but that they would continue to preach the gospel to their fellows, and administer the ordinances, and do all the work of “the man of God” in those new, hard, destitute districts. In a word, they would do nothing of a presbyterial nature. They hoped for a friendly adjustment of all differences.

For this they labored earnestly and patiently. More than four years elapsed in this fruitless hope and vain endeavor. “The council”—born practically December the sixth, 1805—was the first step—though not so intended—toward the organization of the present Cumberland Presbyterian Church. 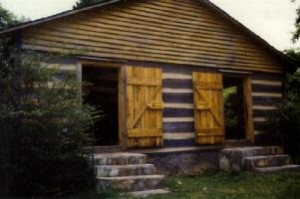 Finally, February 4, 1810, the Cumberland Presbytery was organized. It will be noted that this body had an absolutely independent existence. It had no relation to, connection with, or dependence upon any body of Christians in the world ecclesiastically. 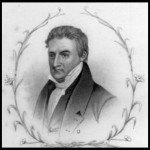 This date marks the birthday of the church of whose doings in Alabama I am writing. Its birthplace was the home of the Rev. Samuel McAdoo, in Dixon county, Tennessee. The founders were the Rev. Messrs. Finis Ewing, Samuel King, and Samuel McAdoo.

These men had all been regularly inducted into the ministry by the old Cumberland Presbytery of the Presbyterian Church. They were all three men of fine native ability, good education, deep piety, and indomitable energy.

The name was a mere accident of the locality in which the organization occurred. The people who had received “the tidings of great joy” at the mouth of these devout men before the formation of the new church now heard them all the more joyfully. 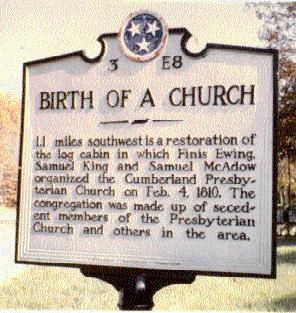 In their log cabins, in their rude school houses, in the groves these evangels of peace and life were welcomed and heard by the vanguards of Western expansion and culture. “Blessed is he that cometh in the name of the Lord” greeted them constantly.

From its Dixon (Dickson) county home, the new church began its radiation. Literally, it had the world for its field. The growth was immediate, rapid, and abiding. The preachers one and all were men of the people, for the people. This the time and place demanded. Before all things, the heralds of the cross in this new land must be orthodox and practical. The preachers did not, as a rule, allow any day to pass without their preaching somewhere to the thickly multiplying new settlements.

Replica of the log house in Dickson County, Tenn. where the Cumberland Presbyterian Church was founded in 1810. The structure sits in the midst of the Montgomery Bell State Park. 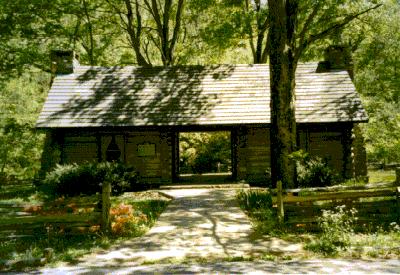 Wherever they could call the people together they told “the old, old story.” Truly, “they went everywhere preaching the word.” Underneath all this effort, the organization of local churches went surely on.

So rapidly and so steadily did the young denomination enlarge that in 1813 the one and sole presbytery divided itself into three, preparatory to the formation of a synod, viz: The Cumberland, the Elk, and the Logan. These three presbyteries were the constituent members of the synod, which became at once the highest organic body in the church. Naturally, it was named the Cumberland Synod, and throughout our history is known as the old or General Synod.

Click here to see all books by Donna R Causey

Did you know you can read Ebooks on your computer? Click below to see how.