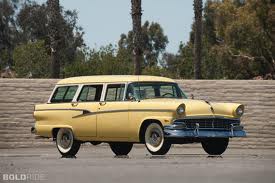 Summer job in 1955 by Clifford Dobyns

I was discharged from the Army in 1955 and it was time to get a job.  My best friend, Pete and I had help from a church friend which resulted in our being hired as “grunts” by the Chesapeake and Ohio Railroad in their surveying department.

We did anything the bosses wanted us to do

The title meant that we did anything the bosses wanted us to do.  There was a third “grunt” who was 6 feet 7 inches tall and his name was Denny.  The bosses gave us work names.  Since Denny was so tall, his name was Big-Un.  Pete was the shortest and his name was Little-Un.  I didn’t have much hair on my head so I was named Hairless Joe. 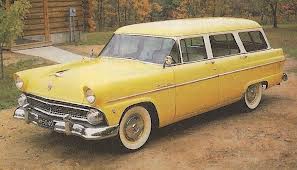 Our duties included loading two 1955 Ford station wagons with everything needed for the days work.

This included the surveying transit, steel measuring tapes which were 100 feet long (called chains) and we had to be proficient in rolling them up into a perfect circle.  Other items to be loaded were bundles of wooden stakes, plumb bobs, tacks, engineering rod, small ax, machete, that beast of equipment called a brush ax, and plenty of water.  You almost never could drive to the work site so you had to unload and carry the items to the starting point, reload for returning, unload when you got back, and carry again for storage. 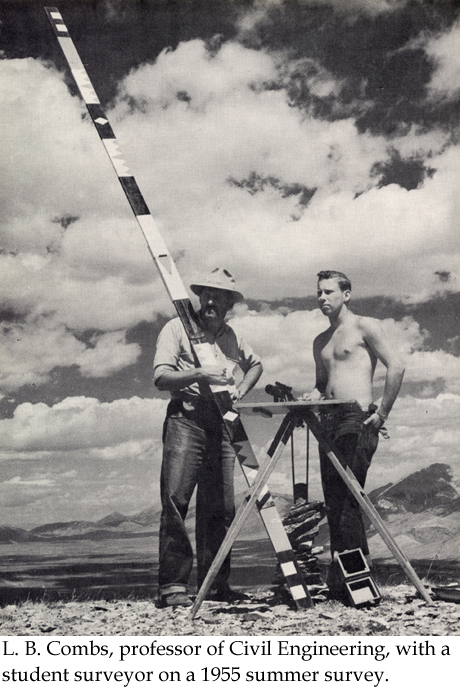 Once at the surveying starting point, the transit (a three legged piece of equipment with a powerful telescope on top) had to be adjusted in a level position regardless of the terrain.  The transit was operated by the Instrument Man who gave instructions to the “grunts”.  The transit had to be set up over a solid spot (Bench Mark) duly recorded at the courthouse as to its precise location.  A plumb bob hanging on a string underneath the transit had to point exactly at the center of the Bench Mark.  This was the official starting point in surveying.

The process of measuring involved a “grunt” to be on each end of the “chain” and for both to apply 10 lbs of pulling force to stretch the chain.  At the same time each “grunt” held a string with a plumb bob hanging down and pointing to a small indent in the top of a tack on top of a wooded stake.  The tack and the stake were placed by the third “grunt”.  All of this procedure was directed by the transit man, using hand signals.  With practice, all of this went smoothly except when you were in rough terrain with undergrowth.  It was then the machete and the brush ax were used.

One unusual job was to determine the cubic feet of dirt to be cut out of a large hill about 400 yards long and 150 feet high.  The contractor for the job was to be paid by the number of cubic yards of dirt to be moved in order for the C&O to lay more railroad track.  Pete and I had to go from top to bottom, every 30 feet, and take a reading on the engineers rod by using a hand held scope.  Denny didn’t like heights and would not venture beyond the last tree.

We were suppose to tie ourselves off with a rope around the last tree but we never did.  Most of the hill was shale rock which would slip if you stood in one spot longer than a few seconds.  Trying to stand on the edge of your boots, take a quick reading and quickly move to the next point, made life interesting.  Many contractors during this time would pass out “spirits” on Friday.  Since Pete and I did not partake we had an increase in friends on Fridays.

Surveyed a farm on the Ohio River

Another unusual job was to survey a farm about 2 miles below the Greenup Dam on the Ohio River.  The highway and railroad ran parallel to the river and split the farm.  The part of the farm on the other side of the highway was rough terrain and the right side was mostly level and contained the farmer’s house.  This side went all the way into the river.  When the surveying was over, the farmer did not agree with the results.  He stated since the river was up the C&O had to pay him total acreage according to normal pool stage.  I pulled my boots, socks, and watch off and emptied my pants pockets, grabbed the engineers rod, which was heavy and used for vertical measurement.

I was happy but very wet

They tied a measuring tape to my belt, I walked into the river and quickly the water was over my head, and I had to tread water with one hand and my feet.  The first time that I put the rod down to touch bottom, the boss motioned to go further.  The second time I got an okay.  They quickly pulled the tape and motioned for me to come back.  Everyone was happy with the new figures including the farmer.  I was happy also but very wet.

Vinegar of the Four Thieves was a recipe that was known for its antibacterial, antiviral, antiseptic and antifungal properties for years. It was even used to cure the Bubonic Plague. Discover Thomas Jefferson’s recipe in  VINEGAR OF THE FOUR THIEVES: Recipes & curious tips from the past

I was born in Ashland, Kentucky in 1932.  I graduated from the University of Kentucky in Industrial Management.  My first job was with General Telephone Company of  Kentucky in Lexington, entucky.  My next job was with Humana Health Care System in Louisville, Kentucky.  I came to Birmingham in 1978 as Director of Management Engineering for the Baptist Health Care System and years later held the same position with Eastern Health Care System.  When I retired, I began driving a school bus for the Mountain Brook School System and later became their Director of Transportation.  My current work status involves a vast array of “honey-do” projects.   My faith in God and all that surrounds it is a large part of my life.  My wife and I are active members of  The Church at Brook Hills.  We have 2 sons, 1 daughter and 1 grandchild and celebrated our 50th wedding anniversary this past June.   Fishing has been a hobby of mine since I was 13 years old and I continue to do that.   My other favorite hobby was motorcycle riding which I had to give up when I was 72 years old due to losing my balancing ability.