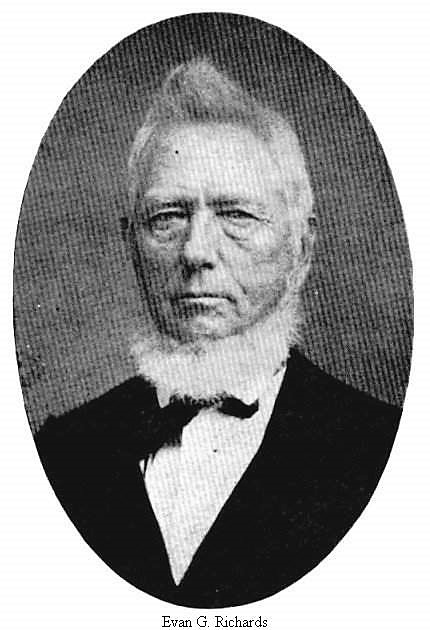 A short time before the organization of Chambers County, a man by the name of Chapman; who owned a ferry on the Coosa River, near old Ft. Williams blazed out a road from his ferry across the Creek Nation to West Point, Ga.

That road or trail as it was called crossed the Tallapoosa River at what is now known as Chisholm’s Ferry, but which was then owned by a half-breed Indian by the name of Hutton, who at that time kept a ferry at that place. Hutton was well off in property for an Indian; he spoke the English language fluently, was courteous to the white people, many of whom were passing through the country inspecting the lands with the view of selecting homes when the lands should be brought into market.

Many of these travelers, following Chapman’s trail, crossed the river at his ferry and not a few found entertainment at his house, as they had to put up with Indian fare or camp out. Chapman’s trail passed through Chambers County about 3 1/4 miles north of where the town of LaFayette has since been built, near where it crossed a small branch.

There was a bald spot of earth on which there was neither bush nor a bunch of grass to be found. That bald spot was in the shape of a large animal. There was the shape of the head as well as the legs and body and had the appearance as though some animal had wallowed there, and it being so much larger than an ox could have made, someone suggested that a Buffalo must have wallowed there. From that time to the present that place has been known as Buffalo Wallow. W. H. H. Hunter now owns the place. Before the election of County officers on the 4th of March, 1833, Capt. Baxter Taylor had settled on Chapman’s trail, about 314 miles northeast of where LaFayette is now situated, on the lands now owned by Mr. A. Hammonds.

On the first Monday in April, 1833, Judge Thompson and Commissioners Fannin Lawson, Wood and Hurst met at Capt. Taylor’s (that place having been selected as a temporary place of holding court until a permanent county site should be selected) and organized and held the first Commissioners Court ever held in Chambers County. At that court they elected John Edge, Esq., to take the census of Chambers County, that being the year the State census had to be taken. The court also elected Elisha Ray, County Auctioneer; Capt. Baxter Taylor, County Treasurer; John Bean, Coroner, and William McDonald, County Surveyor. All of these officers were at that time elected by the Judge and Commissioners.

The first Circuit Court ever held for Chambers County was held at this same place on the 20th of April, 1833. On the evening before said court was held, two strangers stopped at the hotel in West Point, Ga., for the night. On the next morning upon their making enquiries for the way to reach the place for holding court in the new county of Chambers, Alabama, they were found to be the Hon. John W. Paul and the Hon. W. D. Pickett, Judge, and Solicitor for the Sixth Judicial Circuit in the State of Alabama, which Circuit had been formed at the late session of the Legislature, which embraced Chambers County.

We led them to the place of holding court

Col. C. R. Pearson, Dr. C. C. Forbe, and this writer volunteered our services as an escort, and taking Chapman’s trail piloted those gentlemen to the place of holding court. On our arrival at the court ground we found all the county officers present; also a very large portion of the white settlers in the county had come out to see and make the acquaintance of their new Judge and solicitor, who were entire strangers to settlers in the county.

The Sheriff had summoned a grand jury, who were present; and in due time court was called, Judge Paul taking a seat prepared for him under the shade of a large Oak in Capt. Taylor’s yard, the Grand Jury were duly empaneled, sworn and charged as required by law. They retired to the shade of another tree a short distance from the court, examined some witnesses who appeared before them and after due deliberation, returned two or three true bills into court for minor offenses, after which court adjourned for the term.

No hotels for accommodations

As that was the first court held in the county there were no cases for trial and no use for a petit jury. There were no hotels at which a stranger could get accommodations, but Capt. Taylor had anticipated the wants of visitors and had prepared plenty of the best the country could then afford, so that every one of us who so desired, got a square meal at a moderate price. It was indeed a pleasant time to the most of us, and especially to the writer.

The meeting of the State and county officers, who up to that time, were entire strangers ta each other; the many settlers in the county, strangers one to the other, forming each other’s acquaintance, all of whom had settled in an Indian country, were glad to make the acquaintance of each other as they did not know how soon each might need the other’s protection. The novelty of seeing a circuit court held under the shade of a tree while the best order prevailed, together with the entire surroundings, made it an exceedingly pleasant occasion. Later in the evening, the people dispersed, going to their respective homes, leaving the Judge and Solicitor to enjoy the hospitality of Capt. Taylor.

1HON. EVAN GOODWIN RICHARDS, the author of a series of articles on Chambers County, published in the LaFayette Sun, during the year 1890, was a minister and lawyer. He was born August 26, 1807, at Northampton County, N. C., and died December 31, 1893, his last residence being LaFayette, Alabama. His father was a native of Wales, who settled in North Carolina in 1815 and removed to Madison County, Alabama. He went to the country schools of that County in 1830 and was licensed by the Methodist Church to preach. He located at LaFayette, that same year and was one of the chief promoters of the Opelika, Oxford and Guntersville Railroad, being its first President. He was also among the first to advocate the building of cotton factories in the South after the War Between the States. He was a Democrat and supported Stephen A. Douglas for the United States Presidency in 1860. Mr. Richards married Sarah Dickens Clark Webb, of Perry County, in 1835, and they were the parents of a large family of children.