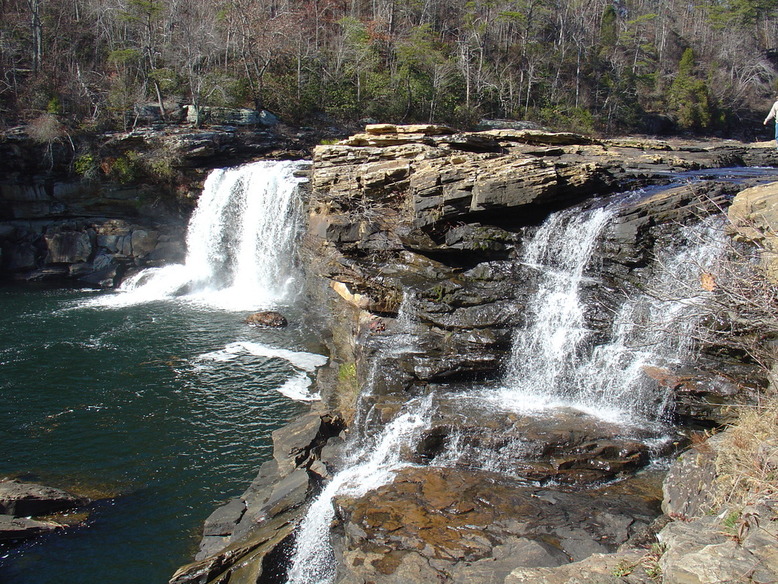 One of my favorite places to visit in our state is Mentone, Alabama. There is so much natural beauty in the area that each season inspires awe. In the Spring, pastel colored Mountain Laurel is scattered through the forest with a polka dot effect. 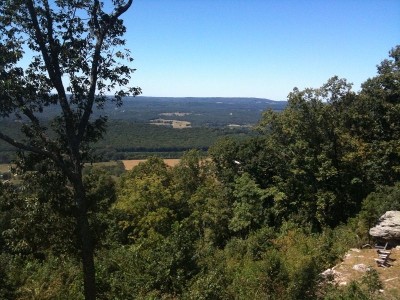 The trees give forth boldly colored leaves in the Fall. Even the hot summertime is a few degrees cooler than our area. 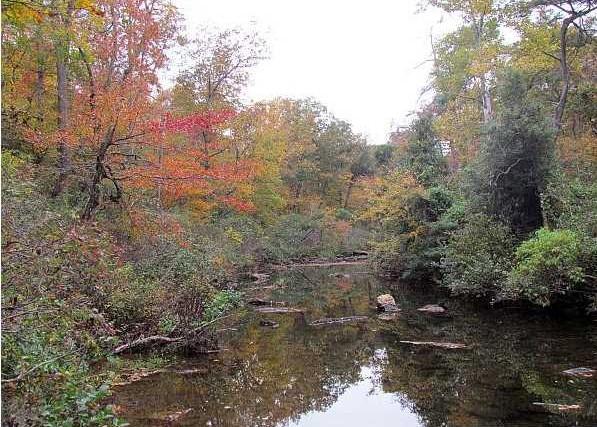 When my grandchildren were preschool age our family would take long weekend trips to Mentone. From Fort Payne, we would drive through DeSoto State Park to Mentone. This was a beautiful drive with an abundance of beauty. We referred to the area as “Alabama Mountains”. 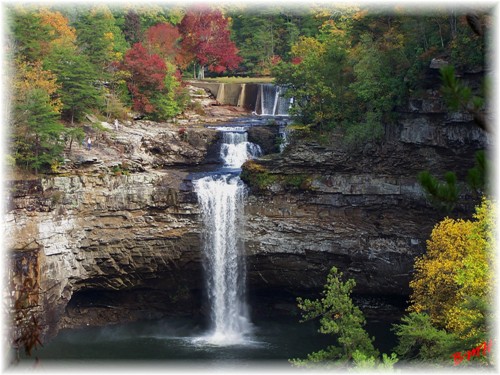 The park has cabins and overnight facilities. DeSoto Falls is also in the park. The falls were first mentioned by Spanish explorer Hernando DeSoto. The Country Store located in the park is a good stop during the drive. They have novelties made from Alabama clay. My Mother once bought a poster of a flying eagle there and I later had it framed. Next to the Country Store is a wooden nature walk and a nature center. 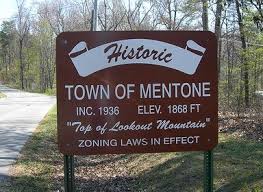 At the time we were going, there was a getaway known as Valhalla between DeSoto State Park and Mentone. 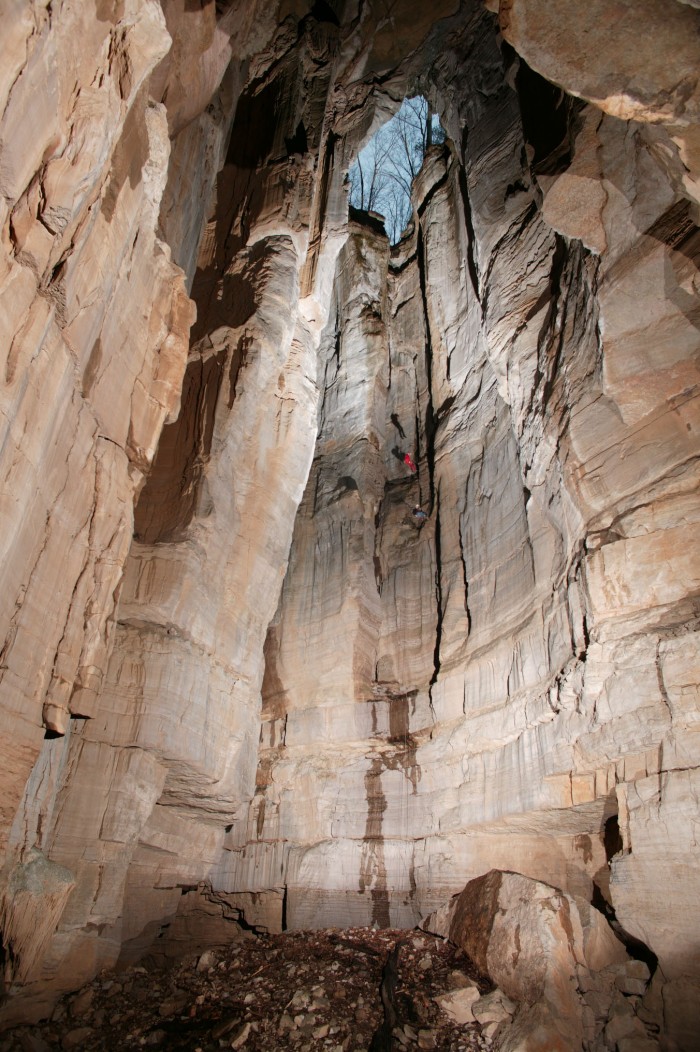 Valhalla had cottages around a catfish pond and a hiking trail through the woods to an off-the-beaten-path part of Little River Canyon, the deepest canyon east of the Mississippi.

Little River Canyon is now a National Preserve. Part of the trail we walked went through an area that contained room size boulders. The grandchildren would climb the boulders and then splash around in the shallow part of Little River.

We would end our weekend by driving into Mentone for lunch at the Mentone Springs Hotel which was built in 1884. During warm weather, groups of people sit on the wrap around porch to be served a delicious meal. The restaurant is open Thursday through Sunday. The building also houses an antique shop. (Note: Sadly, the 130 year old hotel burned to the ground March 1, 2014)

Another tourist attraction in the area is Sequoyah Caverns located in Valley Head. This attraction was named for the Indian Chief, Sequoyah, who created the Cherokee Nation alphabet. On the park grounds, there is a small herd of white deer. 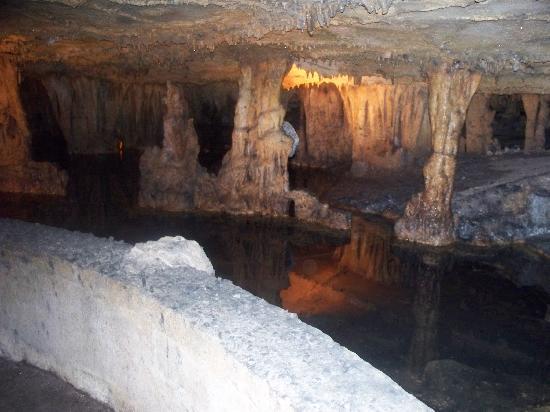 I must not forget Noccalula Falls in Gadsden, which has its exit off I-59 as you travel north to DeSoto State Park and Mentone. The ninety foot falls is named for the legendary Indian Princess who leaped to her death there. I took two of my grandsons to the falls once. As we rode the tour train through the pioneer village, we saw deer and turkeys. I grew up in the area and my grandsons really enjoyed tales of my late husband and I walking under the falls in our “courting” days. 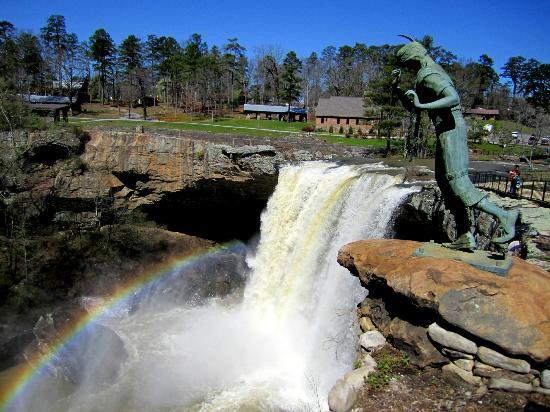 I did refer to a second “DeSoto” in the title. This one is near Childersburg and is often mistaken for the State Park near Mentone. They were named for the same person. 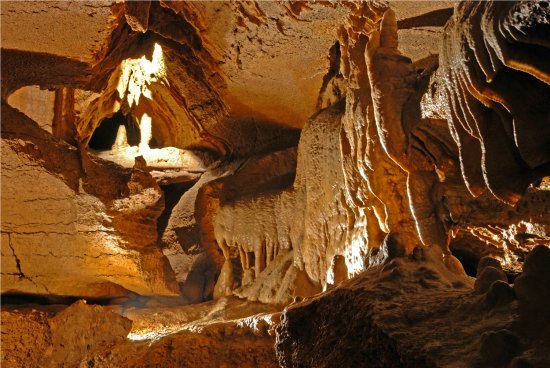 DeSoto Caverns was found by Hernando DeSoto while he was in the area in July, 1540. However, Indians had already discovered the cave. It was sacred to the Creek Indians who used a portion of the cave for burial ground. 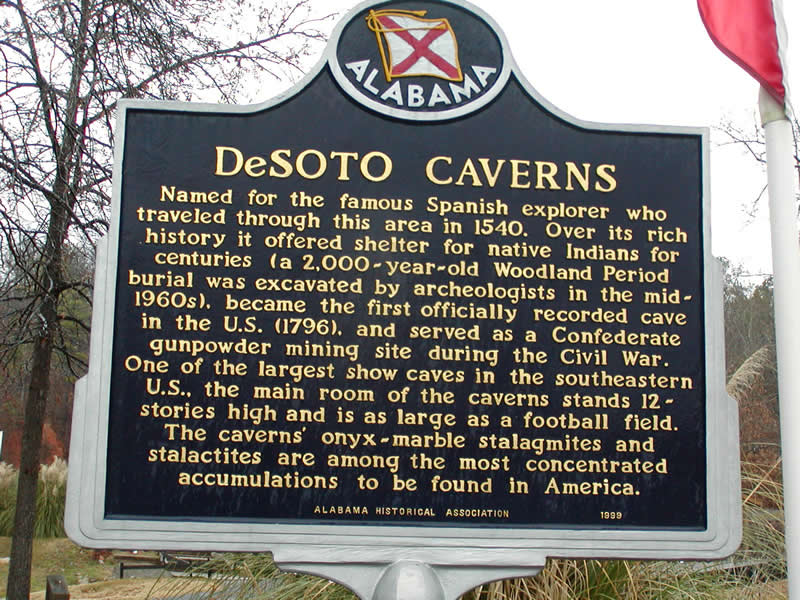 The Confederates used part of the cave to store gun powder. The cave was also the short-lived home of the Bloody Bucket, a prohibition speakeasy.There is a light show in the cave during the Christmas season. They also have Indian festivities at other times of the year. 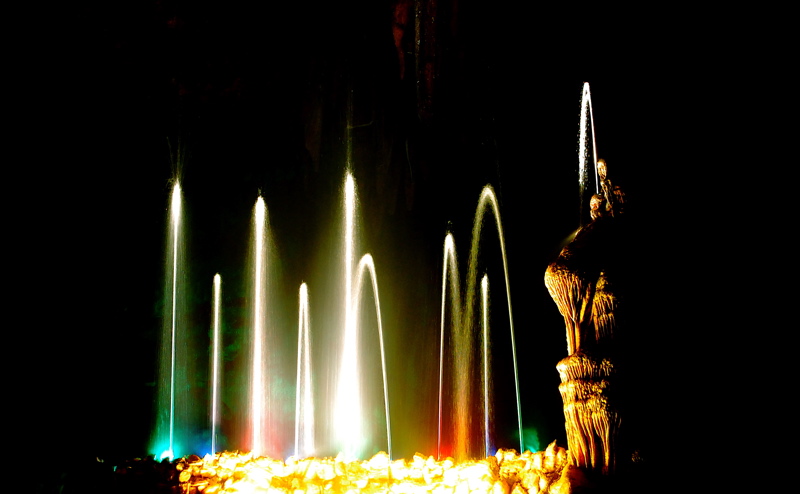 This definitely is “Alabama the Beautiful” and indeed “The State of Surprises”!

ALABAMA FOOTPRINTS – Settlement:: Lost & Forgotten Stories is a collection of lost and forgotten stories of the first surveyors, traders, and early settlements of what would become the future state of Alabama.