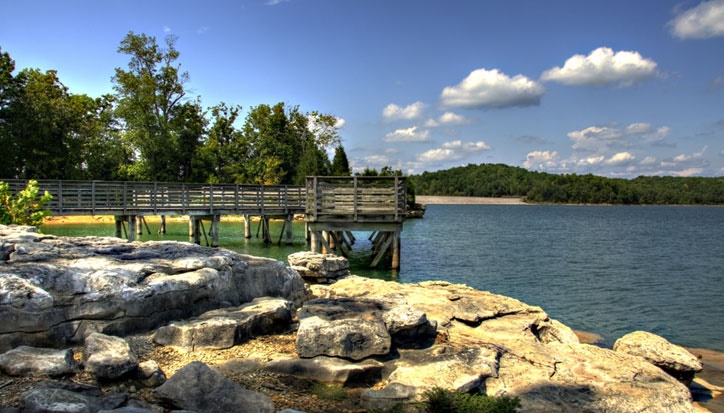 Dismals Canyon is located in the town of Phil Campbell in the northwestern part of Franklin County, Alabama. Several outlaws have allegedly hidden in the canyon, including Jesse James and  Aaron Burr. Continued below….

Dismals Canyon is a Registered National Landmark and has been voted one of the country’s most secluded and beautiful areas.

Jackson’s Military Road was built through present-day Franklin County between 1816 and 1820 by Andrew Jackson and his troops to save travel time between Nashville and New Orleans. 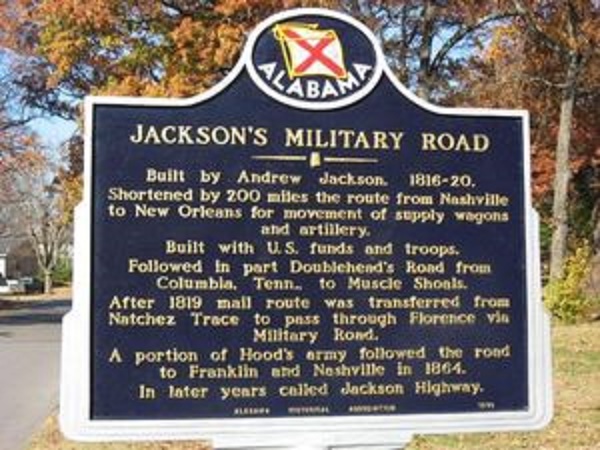 Franklin County, Alabama was created by the territorial legislature, February 4, 1818. Its territory was a part of the ancient seats of the Chickasaws, although claimed by Cherokees. With the final Chickasaw cession of October 20, 1832, the county boundaries were extended westward to the Mississippi line. On February 6, 1867, its entire northern portion was formed into a new county, to which the name Colbert was given. It has an area of 647 square miles or 414,080 acres. This split occurred over political issues after the Civil War. It was abolished eight months later by an Alabama constitutional convention and then reestablished on Feb. 24, 1870.

It bears the name of Benjamin Franklin, a signer of the Declaration of Independence, a member of the convention that framed the Constitution of the United States, and one of the most distinguished of Revolutionary patriots. 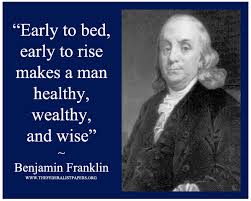 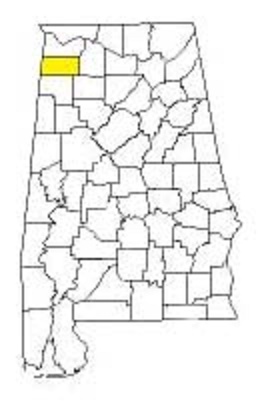 The county seat was originally located at Russellville, named after Major William Russell, an early settler and chief scout for Gen. Andrew Jackson during the Creek Indian War of 1813-14. The state’s first rail line, the Tuscumbia Railroad opened in Franklin County in 1832.

It is located in the northwestern part of the state. Originally, Franklin County covered over 1200 square miles. Once its boundaries started at Marion County and went all the way to the Tennessee River. In the beginning, there were only two towns, Russellville and Big Springs. Big Springs was later named Tuscumbia.

The county lies south of Colbert, west of Lawrence, and north of Marion and Winston. Its western boundary is the eastern line of Tishomingo and Itawamba Counties in Mississippi.

In 1849, the county seat was transferred to Frankfort, where it remained until 1879 when it was moved to Belgreen. A mysterious courthouse fire in 1890 resulted in the loss of the county’s records and probably accounted for the relocation of the county seat to Russellville in 1891. A heated election was called to determine whether the new seat would be in a rival town Isbell or remain in Russellville. Russellville won and a new courthouse was built at its original location. Other towns and communities include Red Bay, Phil Campbell, Vina and Hodges.

Russell Valley comprises the northern half of the county. The town of Russellville was laid out with a public Court house square in the center of town. The old square is now the fourth block on the west side of Jackson Avenue and was 384 feet by 468 feet. Russellville’s first Courthouse was built of logs.

In 1849, an election was held to move the courthouse to a more central location in the county and the county seat was moved to Frankfort where it remained until 1879.

After the split of the two counties, another election was held to determine Franklin county’s seat and Belgreen was selected.

“This time a wood frame courthouse was built by a Mr. Dooley and the jail was built by Mr. William M. Rollins. The streets in Belgreen were just 99 feet wide. The first court was held in the street where the lawyers reportedly laid their law books on tree stumps. The county seat remained in Belgreen until 4 Dec 1890 when the courthouse and all the contents were destroyed by fire. All records were lost, except for one old land record book that was at the home of one of the court clerks the night of the fire.

So once again another election was held to select a new county seat. Two towns were selected, Russellville and Isbell. After a very heated race between the two towns, Russellville won out with 1228 votes, while Isbell received 1147 votes. After some 50 years, the county seat returned to Russellville.”i

The new courthouse in Russellville was built by architect and contractor John Barrett. The new three story brick building was built on the corner of Limestone Street on the east side of Jackson Avenue. It had a steeple that housed a bell and a four sided clock The courthouse was completed in 1893 and was the first courthouse in the county to display the American flag on a pole. 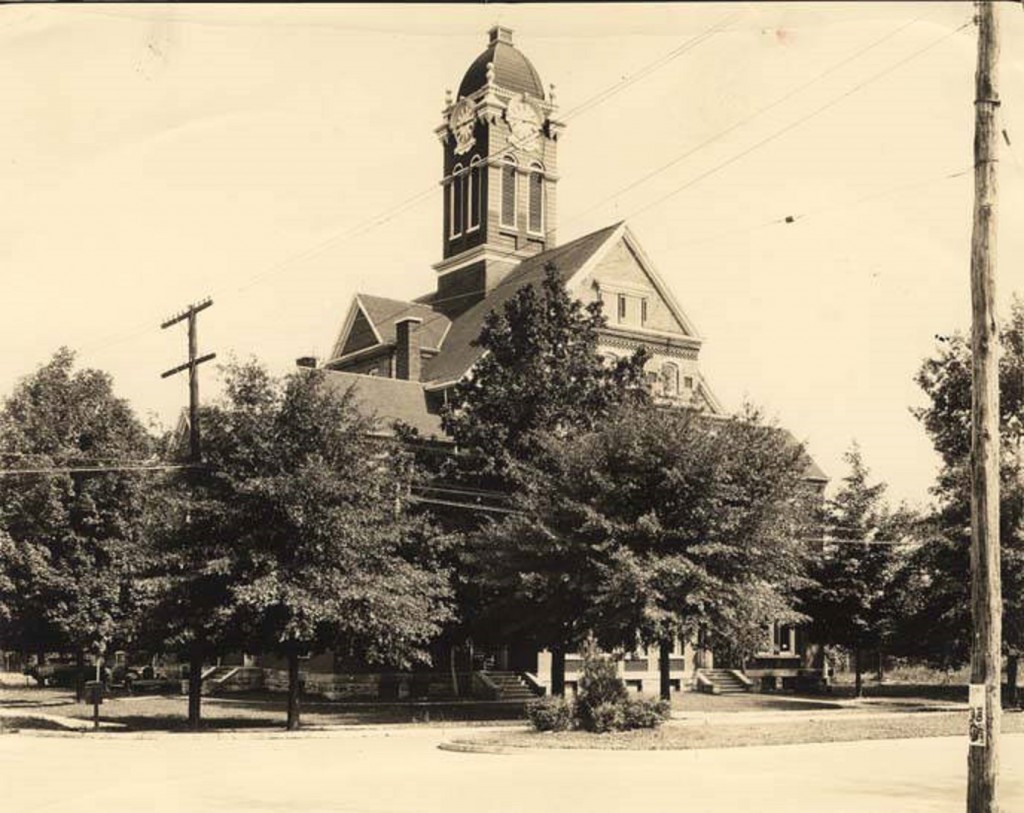 Sadly, this beautiful courthouse was again destroyed by fire on January 13, 1953, but the records were saved this time. The new courthouse was built from the remaining basement on the same site from native limestone. The original bell is displayed on the northern side of the building. 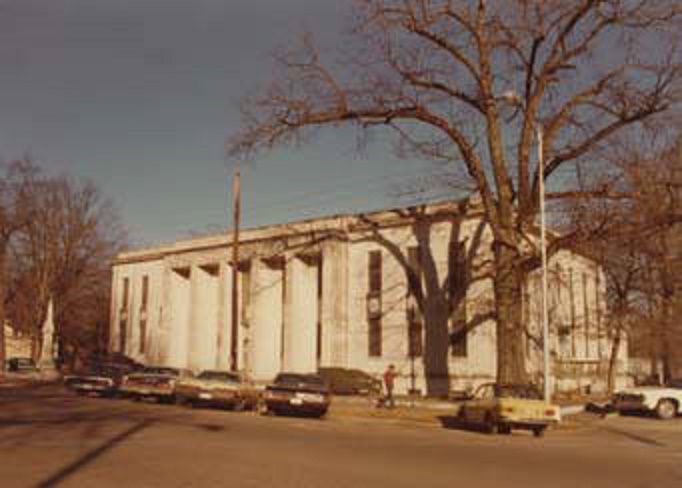 The southern half is a high table land, representing the northern edge of the Warrior coal field. The principal streams rise at the foot of the ridge separating the valley from the table land, and flow northward into the Tennessee River.

Big Bear Creek lies to the south of the ridge, flows to the southwest, thence westward and northwest into the Tennessee. The ridge referred to forms an irregular crescent, overlying the coal measures, and forms a very noticeable feature in the topography of the county.

As indicated the streams to the north flow into the Tennessee, and those to the south into the Tombigbee River. An interesting fact is that the waters of Big Bear Creek on the north are some 50 feet or more higher than those of the streams flowing into the Tomblgbee on the south, although not more than a few miles apart. Other streams are Cedar, Hurricane, Tollison, and Little Bear Creek.

Geological formations in the structure of this county are the Sub-Carboniferous, the Coal Measures, and the Stratified Drift. The first forms the valley lands, and the second the table lands. The drift overlies both in the western part of the county. The four predominating soils are the red or mulatto lands, the hill country with thin red or buff clay sub-soils, the black sandy alluvial lands, and black lime lands. The red lands form most of Russell Valley. The principal timbers are red, white and black oak, poplar, hackberry, black walnut, cherry and hickory. “The county was one of the first iron-ore mining centers in the state. By 1840, the county was one of the leading iron manufacturers in the state. Iron produced at the Cedar Creek Iron Works contributed to both the Mexican and Civil War.”ii The Cedar Creek Iron Works was destroyed by Union General Lovell H. Rousseau’s raid in July 1864 during the Civil War.

Few Indian sites or evidences of Indian habitation can be noted in this section. It is too far removed from the larger watercourses. Chicasaw settlements doubtless extended into its borders, but they were of no importance. The place names in the county do not suggest Indian origin. The creeks all drain to the Tennessee, and the settlements which might have existed here were from seats in northwestern Mississippi or possibly along the Tennessee River in Colbert County. However, many Indian town sites have been identified on the Tennessee River, and they may have had outlying posts in Franklin County to the south.

Post Offices and Towns, July 1, 1919, from U. S. Official Postal Guide. Numbers indicate the number of rural routes from that office.

Numerous tornadoes struck Alabama on April 27, 2011 and 27 people were killed in the Franklin County communities of East Franklin (3), Phil Campbell (23), and Double Springs (1).

“Every August, the town of Russellville hosts the annual Watermelon Festival, which features a pageant, a 5K race, arts and crafts, and tennis tournaments.”iii

Franklin County’s rural location offers several outdoor activities and attractions. Some of the most popular include:

Read more lost stories in ALABAMA FOOTPRINTS Exploration: Lost & Forgotten Stories (Volume 1)  is a collection of lost and forgotten stories about the people who discovered and initially settled in Alabama.