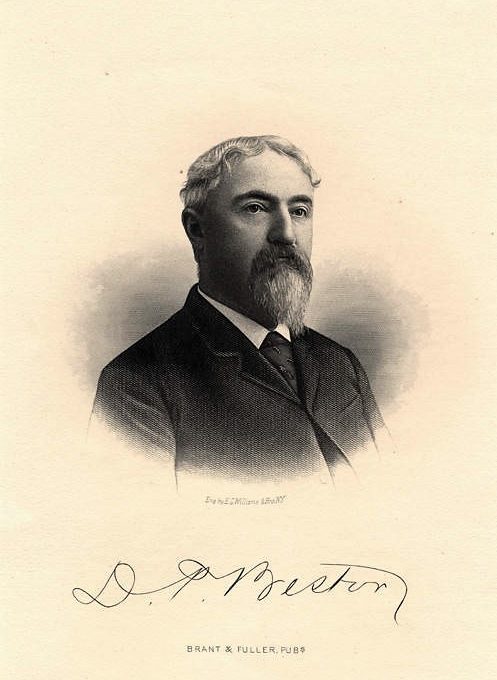 In those days, afternoon sessions were generally resorted to the second week, and business proceeded with energy in both Houses. The Legislature was made up, in the main, of substantial men of much experience, and close identity with the interests of the people; so much so that economy of time was regarded as a saving of money.

The expenses of the State Government were drawn from the banks. There was no State tax collected; yet expenditures were closely scrutinized. How the capitol, or rather the Representative Hall and Senate Chamber, came to be so finely furnished that year, or by what authority, I never heard; but I recollect how difficult it was to get members to vote the appropriations to pay the bills; and nothing but the fact that it had been used during the session, and members felt that they were thus committed in good faith, secured the payment; for, if the appropriations had been asked for in advance, it would most probably have been denied.

To show how well the public treasury was guarded in those days, the Comptroller of Public Accounts was required by law to make a report of payments from the Contingent Fund within three days from the meeting of the Legislature, which report had to show every item clearly set forth; and this report was printed and laid upon the tables of members, who were apt to scan it closely.

Banks were an embarrassment to the people

It is not my purpose, in saying this, to draw invidious comparisons with after times; but I desire to show in this respect the character of the men who guarded the public interest with watchful and frugal care, and have in this, as in many other things, left a good example for the imitation of their successors.

As already said, the banks and the pecuniary embarrassment of the people, formed the absorbing subject in both Houses; but there was much diversity as to the measures of relief, or, really, whether any legislation thereon would avail anything, unless it was directed to a reformation of the evils which had crept into the management of these institutions.

It has been noticed elsewhere how this was gradually introduced, until really the whole system seemed to be imbued with selfishness and favoritism in the management, in utter disregard of the interests of the State and people, who were bound to make good the losses in the payment of the bonds. But it is astonishing how men are controlled in their opinions and actions in such a case by the complex surroundings and difficulties of an undue influence.

Many gentlemen were disposed to go the full length of measures for reformation, but were threatened in all their efforts by influences brought to bear upon a majority, who were led by the conviction that another policy would be better. And after getting in all the reports from the banks, exhibiting a fearful amount of suspended debt, and indebtedness by directors, they concluded that little else could be done than to change the regulation of directors, many of whom stood in an unfavorable light in the matter of indebtedness, etc.

Candidates for bank sought means to get attention

As the time for electing the several boards approached, (the heel of the session,) candidates for bank directors began to arrive in great numbers. The charters allowed fourteen to each of the banks, making three score and ten, in the aggregate, to the State Bank and its four branches, and more than thrice that number were in attendance as candidates, thronging the capital and besieging the rooms of members, and furnishing at the restaurants oyster suppers and other entertainments to secure votes.

An anecdote illustrating this is here given. A member (Mr. Sullivan, of Perry,) died, and the House, in respect to his memory, resolved that the members wear the usual badge of mourning (crape on the left arm) for thirty days. This was a mark by which members were known, and was especially noticed by the candidates for the bank directorships who had not the advantage of extensive personal acquaintance.

It so happened that E. Herndon, of Benton county, in one of his trading excursions, came to Tuskaloosa about this time. He liked attention, was social in his feelings, and sharp and observant of the best means to accomplish his ends. Seeing the magic influence of crape on the arm in the attention it received, especially in the articles of good cigars, liquors, and oysters, he at once assumed the character of a member, by wearing the badge, and soon found himself the recipient of many civilities, and being that way inclined, he made a good thing of it.

Mr. Daniel P. Bestor, of Greene, a gentleman of high culture, and devoted to the cause of education, especially in the common schools, went to work early in the session, and applied himself assiduously to the improvement of that system upon the statute book; and to his efforts the State and the people are indebted for valuable progress in the school laws. 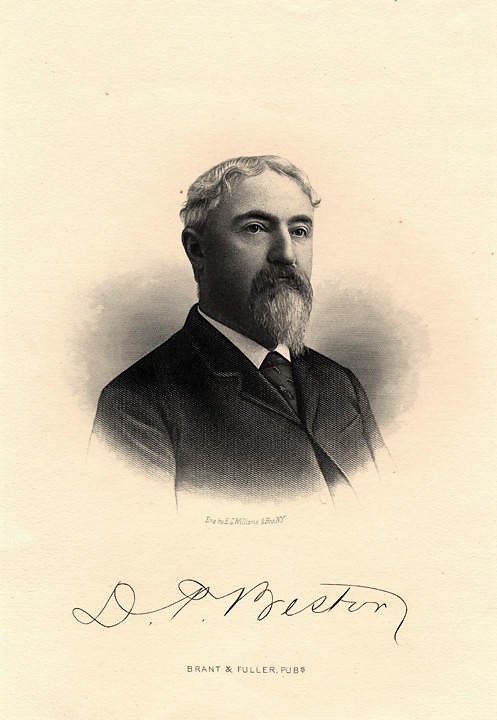 This was the last session in which he served as a member, and I, who was frequently in association with him toward the close, could not fail to perceive that he seemed worried and somewhat disgusted. But he succeeded, to some extent in his efforts some years afterwards when I occupied another department in the capitol.

Mr. Bestor called one day, and in the course of conversation, in reply to the inquiry why he had so soon relinquished public life, he stated that the events of the session of 1837 had pretty well disgusted him with public life; that in canvassing his school bill among the members, and advocating the efficiency of common schools, he was frequently met with the reply: “I don’t know anything about your bill, but will say that I have a friend I want elected a bank director, and if you will vote for him I will vote for your bill.”

No rules for voting existed

This was the last election of directors by the Legislature until the charters were amended by reducing the number to six, and imposing restrictions which made the occasion a decent one. And it was well for the character of the State and of the Legislature that the change was made. In the elections this year (1837) there was an exhibition such as has been often witnessed at the ballot box in times of political excitement and demoralization, not only by many of the candidates, but by not a few of the members.

No rules, in joint elections by the two Houses, existed then, requiring a member to vote from his seat when his name was called in appropriate order, and at least one-third of the members failed to vote on the first call.

Enough voted, however, to indicate the strength of candidates and the chances for election. Then the members who had purposely omitted to vote on the first call, had it fully in their power to elect, and thus secure an influence with the directory. And they did so, doubtless, to a great extent. So disgusted was a majority of the members at this conduct, that early in the next session a joint rule was adopted which removed this evil in the future.

I would not have it inferred for a moment that all the candidates for directorships, or members of the Legislature, were involved in this canvass. Many of the former were not at Tuskaloosa during the session, but remained at home, depending on a good reputation to carry them through, and quite a number of such men were elected; and a large majority of the members were devoted to a reformation in the management of the banks, especially in the directorships, and had the satisfaction to procure the defeat of many candidates who were considered unworthy of confidence.