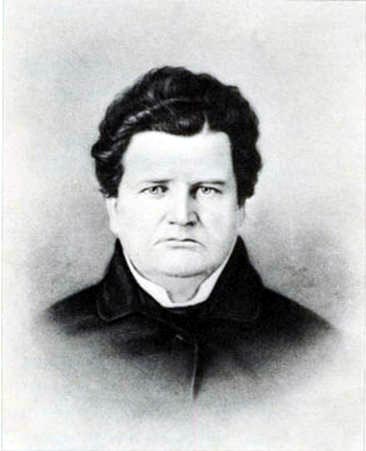 There were evidently some disagreements about historical events and people between Gen. Woodward and Col. Pickett as can be seen in the letter below.

(This is a transcribed letter from Albert J. Pickett to General Woodward about his remarks concerning his recently published book about the state of Alabama in response to some criticisms by Woodward)

It is thought best to give, in this Appendix, the letter of the late Col. Pickett, to which Gen. Woodward makes frequent allusion in the foregoing pages.

Dear Sir: — About one month since, I placed in the hands of our mutual friend, Mr. Hanrick, a copy of the History of this State, with the request that he would mail it to you, in consequence of the very long acquaintance which has existed between us. I hope that you have received it, as you state that you have never read it. If you will peruse it connectedly (sic) through, as it is a connected work, you will arrive at the conclusion that you and I differ very little, or if at all, only on some unimportant points.

In your letters, recently published in the Montgomery Mail, which have interested many of the old settlers here, (and which we hope will not be your last,) you took issue with me in regard to some things connected with the Creek and Alabama Indians, while you agree with me in others. In regard to the manners, customs and traditions of these tribes, you and I are as well acquainted as any two men of modern times, and I think if you understood what I have published of them, not the slightest difference would exist between us.

Pickett’s History of Alabama: And Incidentally of Georgia and Mississippi from the Earliest Period

If you had read the work I have sent to you, your memory, always most excellent, would have been so refreshed that the connected narrative of the work, well supported by every authority which patience, time, labor, and the use of money could procure, would have brought you to the conclusion that we agree on all the important subjects there narrated.

One of my main authorities for what I have written on the Creek Indians, and the smaller tribes who lived in their confederacy, was the old agent, Benjamin Hawkins, whom you acknowledge to have been the wisest and most reliable man you ever knew. I was furnished with his “Sketch of the Creek Country” in his own handwriting, which he gave to his contemporary and illustrious friend, Andrew Pickens, of Revolutionary memory.

In addition to this rare and valuable document, I procured from Paris a history of the Creek Indians, written and published by Gen. Leclerc Milfort. He had lived in the Creek Nation from the period of 1776 to the period of 1796. He married the sister of Gert. McGillivray, who was a mixed blood Chief of great talent and renown, of whom you have heard, but who died some time before the period of your birth. No two authorities could be better than these.

Hawkins had grown grey in service before you met him

Hawkins had been appointed Creek Indian Agent in Washington’s administration, and had grown grey in their service until the times in which you made his acquaintance. Milfort had lived in the Creek Nation for twenty years; he was a scholar and a fine writer, and had fortified himself with the most remote traditions, and with all the knowledge which Alexander McGillivray himself had collected in regard to the history of his formidable tribe.

In your published letters, you have also alluded to the invasion of Alabama by Hernandez Desoto, and to what you suppose I have written on that subject, judging from my letter to Mr. Hobbs, of the late House of Representatives. You state that you have never read a complete narrative of that expedition.

Used authority of eye-witnesses to DeSoto

In the account I have given in the History of this State, I am sustained in every particular, by the best authorities an author ever had, or could desire. I mean by the authority of eye-witnesses. Among the expedition of Desoto were Five men, learned and reliable, each of whom kept a daily journal of the directions which the army took, the rivers it crossed, with their names; the towns through which it passed, with their names; and of the various tribes through whose territory it passed; and of the battles which it fought with them.

Three of these Spanish cavaliers, on their return to Spain, placed their several accounts in the hands of Garcellasso De La Vega, an eminent writer, who published a history of the expedition in Spanish. That history is now in my library, in the French language. Even the Commissary of Desoto’s expedition – Louis Hernandez de Biedma — furnished an account, which is now in my library. Then I have in my library, the journal of the remaining fifth man, a gentleman of Elvas, in Portugal, who seems to have accompanied the expedition more as a journalist than as a warrior, and whose statements seem to be very accurate and minute.

In your published letters in the Montgomery Mail, you also refer to me in connection with the manuscript of the late George Stiggins and state that you understood I borrowed it when I wrote my history; and in one of your private letters to Mr. Hanrick, you ask what has become of it, and whether Stiggins is yet alive?

You remember that when the French colony of Louisiana, about Natchez, had been destroyed by the Natchez Indians, and in return had been nearly destroyed by the French, that those who remained alive fled to the Chickasaw nation for protection, and as a place of asylum.

Some of that Natchez tribe fled to a portion of the Creek Confederacy, in what is now Talladega county. They there erected a town, and called it Nauche, and it was there that George Stiggins was born — his father being a Scotchman, and his mother a Natchez Indian.

When Stiggins attained to manhood, he was living on Little River which separates Monroe from Baldwin county, in Alabama. You know that a great many of the wealthy half bloods lived there. When the General Government, a long time afterwards, made a treaty with the Creek Indians, by which the Government agreed to allot them sections and half sections, you remember that Mrs. McCombs, Durant, Stiggins and others, removed to East Alabama, to become possessed of their allotments under the treaty.

Stiggins was then writing his History of the Creek Indians. Some time after you removed from Alabama, he died, and left his manuscript in an unfinished state. I endeavored to get possession of it, to aid me in the work I have published, but the family, attaching great importance to it as a valuable relic, I never could use it, and never did use it. I was, however, one day at the house of Stiggins’ son, and he let me examine it for an hour. I found that I had already obtained all the valuable information which Stiggins disclosed, through Hawkins’ “Sketch of the Creek Country.”

Creek Indian History: A Historical Narrative of the Genealogy, Traditions and Downfall of the Ispocoga or Creek Indian Tribe of Indians by One of the Tribe, George Stiggins (1788-1845)

The manuscript of George Stiggins consist, if I recollect correctly, of eighty-one pages of closely written foolscap paper — hand-writing good, but prepared in such a style as an oldfield school master would use. The facts are no doubt valuable, and being written by an Indian — a native of Alabama — the Historical Society of this State ought to purchase it, and publish it as it is written. It is in the possession of some of that family now living on Little River.

P.S. — If you furnish any more communications to the Montgomery Mail, (and I hope you will,) please give all the information you possess in reference to that singular tribe, the Uchees, who once lived in the territory of the present Russell county. That tribe has puzzled me more than any other tribe which has ever lived on Alabama soil. And tell us (if you know) why it was that nature gave them the poorest and most discordant language which any tribe ever before, or since, has employed.

Stories include; The Yazoo land fraud; daily life as an Alabama pioneer; the capture and arrest of Vice-president Aaron Burr; the early life of William Barrett Travis, a hero of the Alamo; Description of Native Americans of early Alabama including the visit by Tecumseh; Treaties and building the first roads in Alabama.