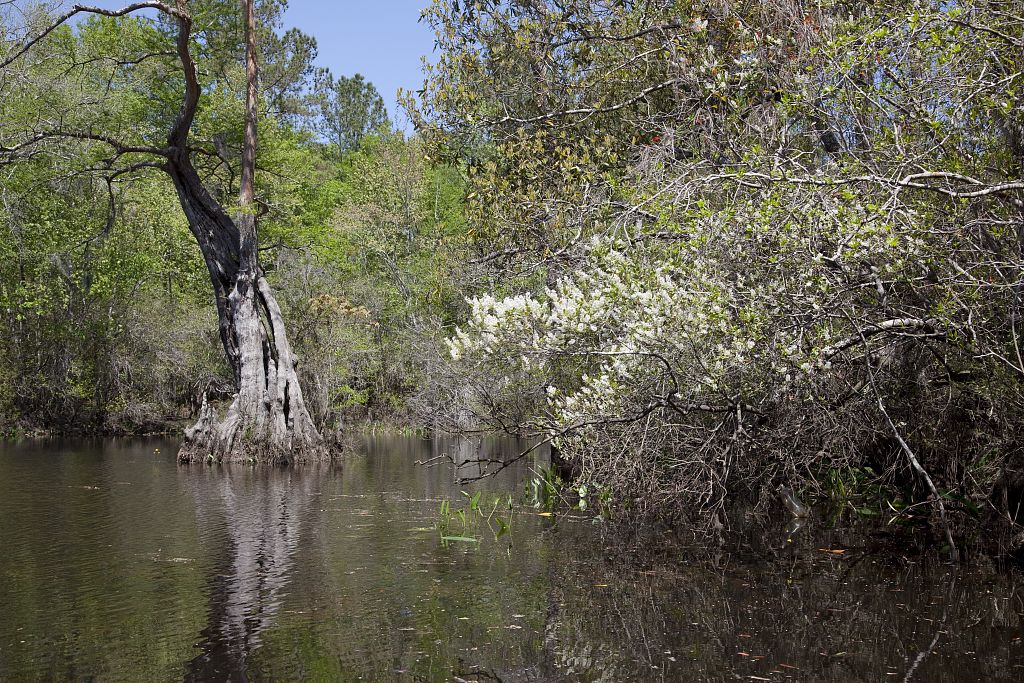 FROM THE MOBILE REGISTER

Our city, for a couple of days, has been the theatre of extraordinary and exciting events. The whole population has been thrown into a state of feverish anxiety, alternating with fear and indignation, – – a large part of them has been actively employed in summary efforts to arrest the parties to a daring and singular conspiracy, which was developed yesterday morning, and to extract from the principal offenders, confessions which might lead to the recovery of a child, which had been seized and carried into the woods, as a hostage for the success of the boldest and most heartless and desperate attempt at extortion, ever heard of in this community. 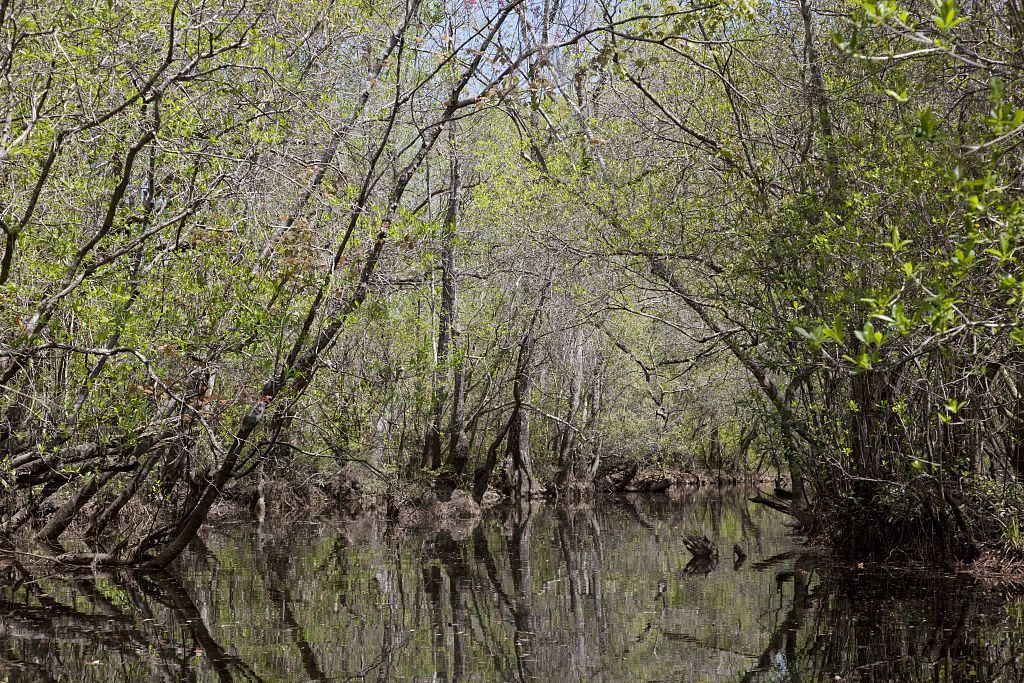 The details involve the family relations of a respectable physician, which we do not feel it our privilege to make more public than they are already in the knowledge of every inhabitant of Mobile. The facts so far as we think it right to repeat them are as follows, and few will deny that they form a case of hardened villainy, of which, happily for the world, the examples are few.

The gentlemen in question, a Frenchman by birth, is in the possession of a very considerable fortune, and the father of an infant boy, of 5 years of age. He has also several brothers, who came to this country a number of years ago. What are their ideas of his obligations towards them, we do not know, — but their conduct, or at least that of two of them, in the present case, shows a resolution to despoil him of a large part of his fortune at once. 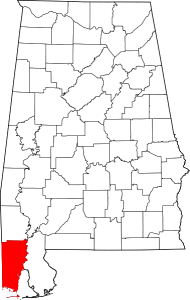 Their plan was bold and bloody in determination, and insolent almost beyond belief, in the exobitance (sic) of its exactions. On Monday evening, day before yesterday, one of them stole the infant child, and carried it off into the woods. Notice was then given to the father by letter, that unless the sum of thirty thousand dollars, should be furnished within a certain time, the child should be murdered, and the murderer did not intend to escape, but would commit suicide. Another brother remained in town to receive the price of the child’s life.

It is a proof of the estimate formed in the community, of the desperate and profligate character of this man, that after this was made known, in the manner —-(torn paper) shall presently speak of, no one (torn paper) his threat, atrocious and diabolical as it was. So thought too the unhappy father, for he took instant measures for complying with the extortion as speedily as possible, — and so little did he expect, that any thing but the money would save his child’s life, that he took no counsel, and had he possessed the whole sum in cash, to pay at once, it is probable that the conspiracy would have completely succeeded.

Tried to borrow the balance

He however, had eighteen thousand dollars or thereabouts, in bank, and undertook early next morning to borrow the balance. To one of those to whom he applied, he revealed the cause of his distress. he could have obtained on his credit, almost any amount in reasonable time, — but the urgency of his feelings, the consciousness of what he felt to be the dangerous position of his child, and the terrible agony of its mother, whose life was endangered by the excess of her fears, pressed him to close with the terms of the ruffians without and instant’s delay, and he in a short time made deposites in the Bank of Mobile, to within eighteen hundred dollars of the sum.

The agent, to whom the receipt of the sum had been entrusted, had already received his check for thirty thousand dollars, and was awaiting for the amount to be made good. Impatient to receive it, he went out and obtained from his brother the necessary funds, and returned to receive the check on New Orleans for the whole thirty thousand dollars, that being the mode for payment, for which he had stipulated. Thus far villainy appeared successful, but in the mean time events out of doors changed its prospects.

Something wrong with transaction

Rumors were abroad concerning the transaction. A vague impression was created in the Bank that there was something wrong in the transaction. The last sum brought in, consisted of specie altogether, or a large part of it.— While it was counted, the person was recognized, and an account brought to the Mansion House that the Bank was then paying the check in specie.— There, a fire company was assembled, who had just returned from a fire, and were then discussing what was proper to do. They were in the act of despatching (sic) a deputation to prevent the father from acceding to the the terms, and had resolved to sally out and arrest the ruffian conspirator, and search for the child.

(paper torn) instantly proceeded (paper torn) the villian at (large section of paper torn) was soon established and at last a full admission of the conspiracy was obtained, but it was a long time before he could be brought to aid in the discovery of the place where the child was kept.

Where was child kept

He told various stories, and seemed apprehensive that on the intelligence of the failure to get the money, or an attempt to arrest him, the other ruffian who had the custody of the little hostage, would in a fit of desperation destroy it, and himself.

The streets and especially Conti street, in the neighborhood of the Guard House, were during all this time, thronged with a most excited multitude, and on every corner was a knot of eager questioners. There were hundreds ready to scour the country in every direction. At last, it was determined to send a committee of citizens to a place which the prisoner had pointed out.

The steamer, Don Juan was accordingly put into requisition. Even after they had embarked, the unwillingness of the culprit to lead to the right spot, was shown by his giving them a wrong directions. They had proceeded in that for a considerable distance across the bay, before he became convinced that there was no safety for him but the truth.

He then made an engagement of some kind, as we hear it reported but without learning the particulars, led the party to an island about fifteen miles above the city in the Mobile river, where the child was given up, unharmed and in good spirits, and was this morning delivered to his parents.

What transpired at the island, we do not know, neither of the brothers returned with the expedition, and the delight at the recovering of the infant, is so strong in the community that the desire of punishing those, who have punished themselves by exile and infamy, is not strongly experienced among us.

Nothing has transpired to connect the others who were arrested, with these two in the transaction. They will probability be discharged.

From the Mobile Com. Register.

The two following documents relate to the recent abduction case in this city. It ought to be mentioned, that the Committee whose card is first in order, were not “appointed” in any sense of a delegated authority, but volunteered to perform the interesting duty, in which they succeeded so happily.

We the undersigned, return our thanks to Capt. Benjamin Rose, of the steam boat Don Juan, for the prompt and disinterested manner in which he tendered to us the use of his boat, —-the dangerous and unusual route of Dr. —- purpose of rescuing the —- and unnatural Uncle, who had from mercenary views, abducted and secreted him from his parents.

To the Gentlemen who embarked on board the Don Juan, on the evening of the 28th inst., the City Troop, the Mobile Guards, and Engine Companies, Nos. 2 and 3.

GENT. Permit me through this medium, to tender you my grateful acknowledgement, (sic) for the generous and noble service which you have rendered me. I cannot find words to express my feelings and emotions upon this occasion. I should be happy, were it in my power to manifest the gratitude which I so justly owe to yourselves, and other citizens of this place. There are among you fathers who are able to appreciate the horrible anxiety which I have felt, and on the other hand, that ineffable joy which I have experienced, at the recovery of a lost child.

Gentlemen, I am indebted to your generous, prompt and energetic action, for the recovery, – nay, for the life of my child, which is dearer than my own. I am respectfully and gratefully yours.