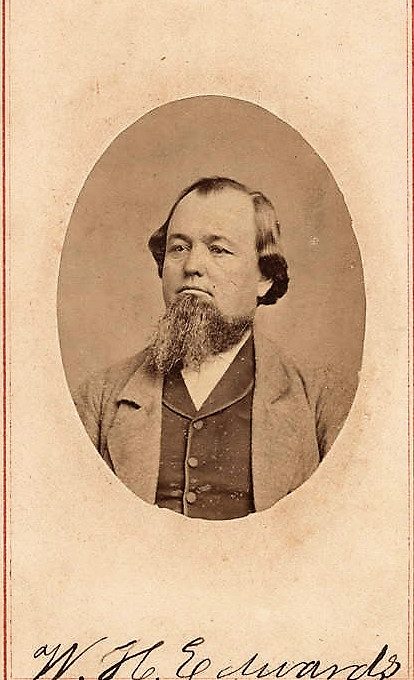 Biographies of the Delegates to the Alabama Secession Convention

William H. Davis was born in York District, South Carolina, in 1814. Moving to Pickens County, Alabama, in 1833 and establishing himself as a school teacher, Davis continued in this capacity until he volunteered to fight for the Republic of Texas. He was surveyor of public lands in Texas in 1838 and 1839, but he returned to his teaching in Pickens County again. Serving as a commission merchant for a while he established himself as a businessman. He is accredited with having been a man of respectable academic education, of considerable reading intelligence and of much force as a speaker and debater. In 1842 Davis was married to the daughter of J. T. Burdine, who with his family had migrated to Pickens County from South Carolina. 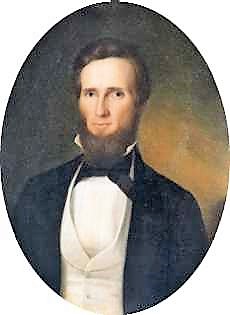 Lawyer, Congressman, and Methodist minister, James Ferguson Dowdell was born November 26, 1818, in Jasper County, Georgia, and died at Auburn, Alabama, September 1871. Lewis Jefferson Dowdell was his father, and his mother’s maiden name was Farley. While Dowdell was still a child his mother died, and he was reared by his uncle, William C. Thomas. Dowdell studied under the direction of Lemuel Robertson of LaGrange, Georgia, and graduated at Randolph Macon at the head of his class in 1840. He then returned to Georgia and read law under Hugh A. Haralson of LaGrange, and was admitted to the bar at Greenville, Georgia, in 1841. Deciding to retire from the practice of law, Dowdell moved to Chambers County, Alabama, and devoted himself to agriculture. Defeated in the race for the state legislature in 1849 and 1851, he was elected to Congress over Thomas G. Garrett in 1853 and in the election of 1855 and 1857 he defeated Thomas Hill Watts and Thomas J. Judge respectively but declined to run for a fourth term.

The Thirty-seventh Alabama Infantry was organized largely through his efforts, and he was elected colonel of the regiment. Because of poor health, the medical board retired him from active service soon after the siege of Vicksburg. Dowdell became President of the East Alabama Female College, Auburn, after the war and continued in this position until shortly before his death. A religious and educational leader, Dowdell served as a local preacher, steward of his circuit, and Secretary of the Board of Trustees of the Oak Bowery Female College. In 1842 he was married in Georgia to Sarah Render of Meriwether County, Georgia. The oldest of his children was James Render who became Chief Justice of the Alabama Supreme Court. (Findagrave.com memorial 7342138)

Beyond the fact that William S. Earnest was born in Tennessee and settled in Jefferson County, Alabama, about 1835, nothing is known of his family and early life. He taught school, read law privately and was admitted to the bar in 1842. He represented Jefferson County in the legislature of 1851. In 1853 he was an unsuccessful candidate for Governor and in 1861 was defeated for Congress. 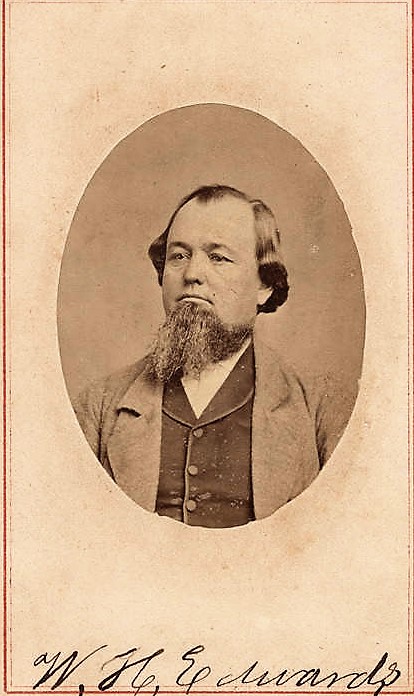 No information is available.

February 1879, “bought the Broad-Axe newspaper from P. M. Musgrove when Musgrove moved to Cullman, Alabama. The next month Captain Francis A Hanna became associate editor and the name of the paper was changed to The Blount County Herald.”1

“At Illinois Bend, Montagne County, Texas, July 5th, 1892, after a protracted illness, Mr. Wm. H. Edwards, a former citizen of Blount County, Ala., aged about 70 years. The remains were interred the next day at Marysville, Cooke County, Texas. He was a Primitive Baptist and a Mason, and his remains were consigned to mother earth with Masonic honors. [William Henry Edwards, 5 Apr 1826 – 5 July 1893, buried Marysville Cemetery in Cooke County, Texas]”2 {Findagrave.com memorial 82907447)

According to the best information available, Jonathan Ford was a native of Morgan County, Alabama, having been born June 30, 1813, and died December 5, 1884. His home was near Flint on a farm of 1,257 acres of land; the house he lived in is now being occupied by tenant farmers. He was probate judge of Morgan County from 1868 to 1874, He was first married to a Mrs. Griffith, nee Celia J. Garner, on March 6, 1829. The given name of his second wife was Alice. He was buried beside his first wife in the Pisgah Cemetery at Flint. The death of his second wife occurred on the same date as that of her husband, but it is not known where she was buried. (Findagrave.com memorial 12199136)

Born about 1810, George Forrester died at Wadley, Randolph County, Alabama, on November 14, 1899. Inasmuch as there is a record that he was sheriff of Chambers County, Forrester must have migrated from there to Randolph County. At the outbreak of the war he was a merchant in old Louina, farmer, ginner and syrup-maker; during the war, he made caskets and furnished black and white cloth for upholstery. Forrester represented his county in the Constitutional Convention of 1865. In 1871 he was elected to the legislature but, feeling that his opponent should have won, he refused to take his seat; when the election was contested, he let it go by default. Not being physically able to fight, Forrester did all he could to relieve the suffering families of the soldiers. His home was in the Forrester Chapel community, a place so named because he had donated the land for the Methodist Church there. The serene Christian faith of George Forrester is expressed in his own epitaph: “I have stayed here for a night’s lodging on my way home.”

One of the ten sons of a veteran of the war of 1812, James Madison Foster was born June 9, 1811, in Greene County, Georgia, and died at Union Springs, Alabama, on December 20, 1882. Foster’s education was irregular, but he was well read in almost all fields of knowledge. At intervals, he attended the University of Georgia and later studied medicine. Beginning to practice about 1836 in Harris County, Georgia, his brother, Sterling Johnson Foster, read medicine with him, and they both practiced and operated a drug store at Union Springs later. The Union Springs Land Company formed to develop and plan portions of the town, and Foster was made custodian of the company’s holdings. Although no church member he was on the committee to supervise the building of the Methodist Church at Union Springs and contributed to numerous other religious causes. The home built by Foster near Union Springs is today occupied by his daughter, Mrs. Mary Pittman. He was married to Anastatia Powell who died in 1862. Their children were Mary Cowper, now Mrs. Pittman, and Norborne Powell.

A descendant of Virginia stock John N. was the son of Jonathan Franklin. He was born June 18, 1824. near Mammoth Cave, Kentucky, and died September 13, 1903. The common schools of his day were the only source of Franklin’s education. His first public offices were those of constable and sheriff of DeKalb County. He was probate judge of his county 1862-65, 1866-68 and 1880-86; the interruption after the second term was caused by Federal troops taking him to the North as a prisoner of war. Living near Fort Payne, he was a farmer and a livestock specialist; he also operated grist and flour mills and wool cards. As a primitive Baptist minister, Franklin was instrumental in organizing several churches of his faith, serving a number of them as pastor. On July 24, 1842, he was married to Martha Bradshaw and with his bride moved to DeKalb County, Alabama. There were seven daughters born to this union.

The biographies of Alabama pioneers included in this book include: