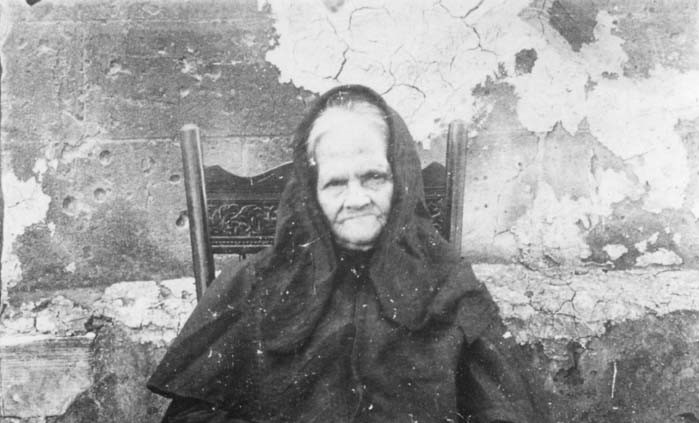 On the 20th of April, just as the earth was being wrapped in darkness, the spirit of Mrs. Elizabeth Cruise took its flight into that city where darkness is not known. Had she lived until October 9th she would have been one hundred years old. At the age of five years she came with her parents from South Carolina to this state. For more than 94 years she lived in Bibb near Centreville. She died at the old homestead where she had lived about 70 years. Twenty-five years her husband had been watching and waiting for her in the land beyond the river. What a meeting! She joined Mt. Zion Baptist Church in her young womanhood. All these years she lived a consistent Christian life; few ever saw her angry.

She was the mother of nine children, of whom seven are still living. She was a loving , faithful companion, a devoted patient, self sacrificing mother, a true Christian. The Book of books she loved It was her constant companion in her last days. Often you could find her sitting in her favorite low chair, in her accustomed place, reading the precious promises of His word. Loved ones, live as she did, so that when the final summons comes, you, too may fall asleep, at peace with God and man. No one can say “She has harmed me or mine” She lived a life akin to the Master’s. Assembled at the church to pay the last tribute of love, were children, grandchildren, great-grandchildren and great, great grandchildren – four generations. We feel sure, dear one, that you have entered that city whose walls are of precious stones, whose streets are of pure gold, and as the gates of pearl were thrown open to let you in, what joy, what new light was given chose eyes that were dimmed with age! Your tongue is now tuned to sing the songs that only redeemed can sing: those beautiful hands are beckoning to us to come and join that heavenly choir. She would say “Let my Jesus be yours; He is able to save you too.” A Niece[Main Family.GED]
Her family emigrated from Holland when she was three (around 1819)

According to Lightsey family notes, she was the daughter of Johannes George Litsey, b. pre 1744; d .. prob. 1791/99,
Barnwell Dist., SC. (a Speculative possible son from census records· and
proximity in Barnwell and Colleton Districts, SC.)Lightsey family notes at http://www.lauderdalecountymsarchives.org/uploads/2/6/2/1/2621480/the_lightsey_family_history_volume_1.pdf

Both Eli Patterson and Elizabeth are buried at Enon Baptist Church – fenced in area.