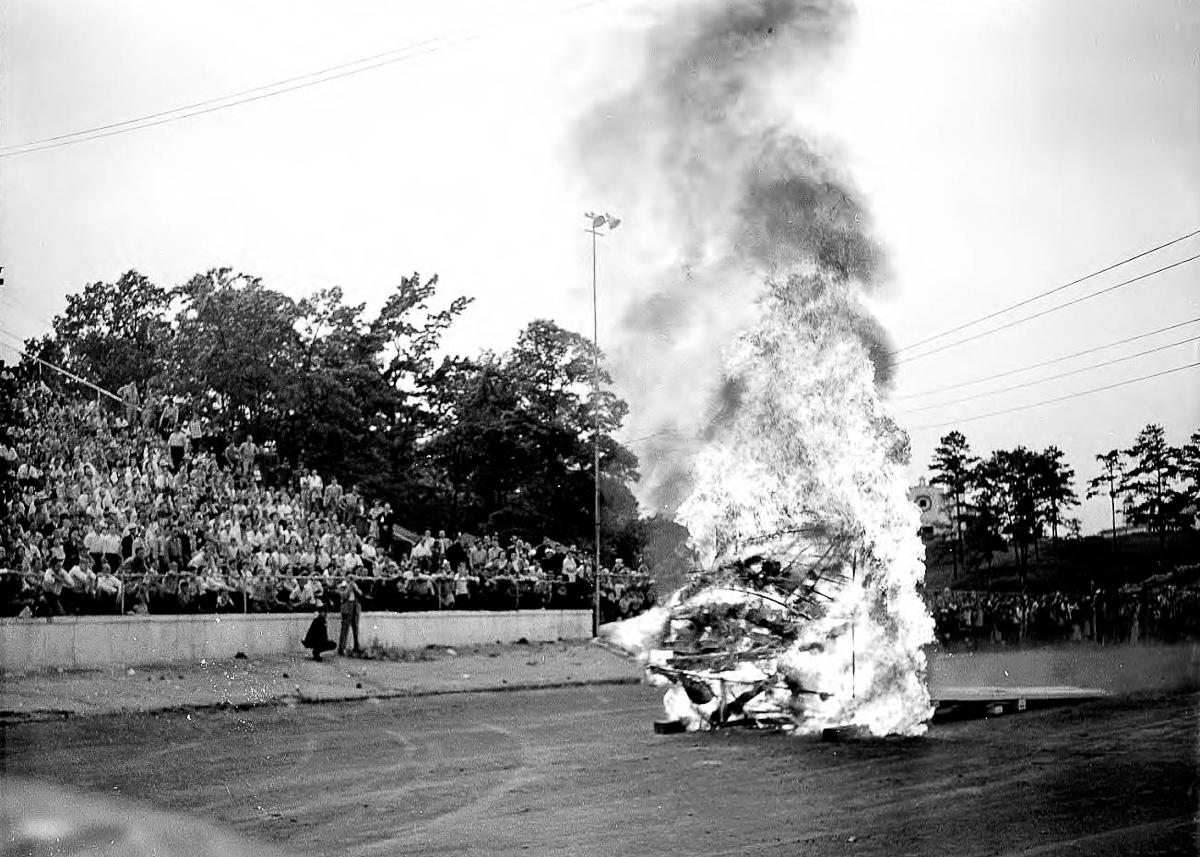 Extreme sports are not new.  There were many stuntmen, often called ‘death dodgers’ that put on shows at state fairs throughout the country in the 1930s, 40s, 50s and 50s. Check out these amazing newsreels of events that took place in Birmingham, Alabama in the early 1900s of Helen Howell, the Dynamite Lady, and Blaine, a Pilot who intentionally crashed a plane into the ground.

Helen Howell was part of the daredevil group Jimmy Lynch & The Death Dodgers who traveled the country throughout the 1930s, 40s and ‘50s, performing spectacular stunts. According to the Reading Eagle Newspaper of Sept 4, 1941, Jimmy Lynch had been an automobile salesman at Texarkana in 1931 before embarking on his thrill seeking career. At that time, an automobile manufacturer had just developed a machine with an automatic clutch and during a demonstration of the car one day, Lynch left the car in gear, stepped to the front, and removed the hood. Then he pushed on the accelerator, and presto, the car almost jumped through a plate glass window.

After this event, Lynch came up with the idea that if a hydraulic cylinder could operate the clutch, there was no reason it would not operate a brake. After weeks of experiments, he developed a gadget which would automatically stop the car when the foot was removed from the accelerator. With the development of the device, Lynch placed a saddle on the hood, ran some “reins” to the steering mechanism, mounted the mystery “horse car” and rode forth to fame. He demonstrated the so-called horse car for years, and then became interested in death-defying stunts. Eventually, others joined him in the group and the ‘Death-defying’ Group appeared at fairs around the country.

I wonder what happened to these two people.