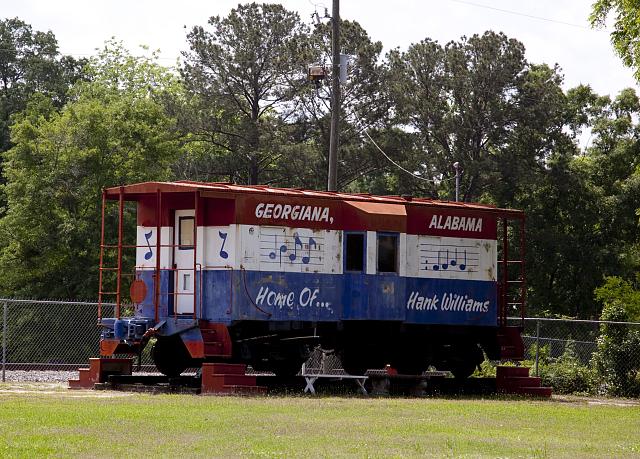 Georgiana is Hirarm “Hank” Williams, Sr. boyhood home. Hank was born September 17, 1923, in Mount Olive on a farm southwest of Georgiana, but he lived in Georgiana from the age of seven to eleven. (More about Hank Williams’ life) When Hank was eight, his mother bought him a guitar for $3.50. Black street musician Rufus (Tee-Tot) Payne became his teacher. “They would play the guitar on the front porch and during the winter, they would crawl underneath the house to play and sing near the warmth of the fireplace. After school, Hank sold peanuts and shined shoes at the depot to help support the family” and sang on the streets for tips. 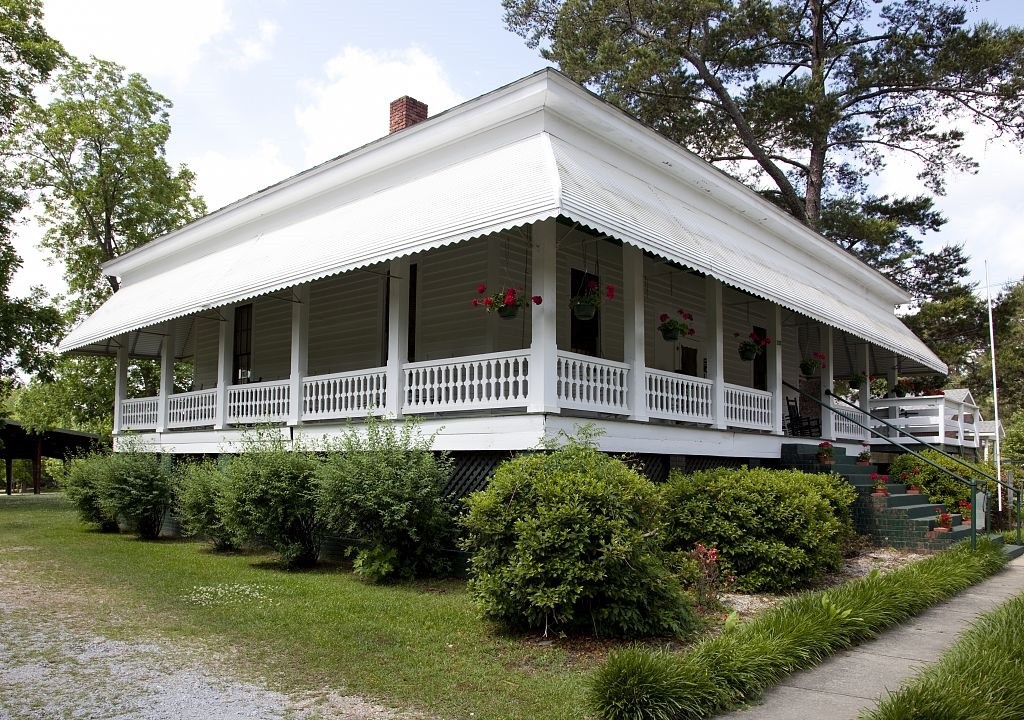 His family moved from Georgiana to Greenville in 1934, and then to Montgomery in 1937. Today, the cottage where he lived has been restored as a Hank Williams museum. Each summer the Hank Williams Festival is held in Georgiana as a “Salute To A Legend.”

Georgiana is located in Butler County in the southern part of Alabama. The locality was originally settled in 1824 by John Shepherd who came from Georgia. Other pioneers from Georgia soon followed.

The town itself was founded by Pitt S. Milner, a Baptist minister, who came from Pike County, Georgia after the Louisville and Nashville Railroad constructed a rail line through the area and called it Pittsville. He settled the place later called by locals, the old Milner place, in 1855 and established a post office that same year. Rev. Milner did not like the name Pittsville so he renamed the location Georgiana which was a combination of his daughter’s name Anna and the name of his home state, Georgia. 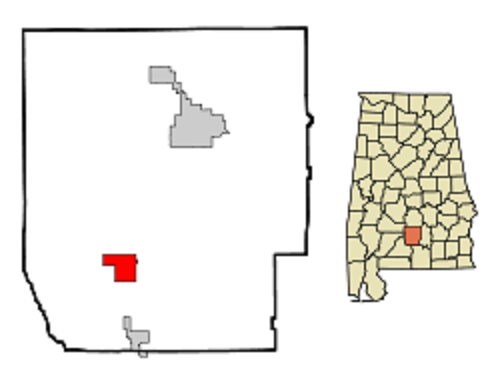 Once Rev. Milner opened the post office, John M. Smith arrived in the area and several more people followed. In 1858, Rev. Milner opened a general store in 1858. T. H. Powell soon followed with a grog-shop (saloon) and the liquor business became quite profitable. Miles and Peter Simpson and John W. Wheeler each started a store the same year.

In 1862, the Commissioners of Georgiana ordered a road to be cut to Bear’s store. They also ordered a 2nd road cut to Oaky Streak through South Butler the same year.

The first school was a log building with Miss Eunice Eskew as the teacher. In 1868, a large building was erected for the Georgiana Academy.

Rev. Pitt S. Milner started the Baptist Church in Georgiana in 1865 and began preaching in it in 1866. This church was followed by the Methodist Church the following year.

The town was incorporated

By 1885 there were ten stores, two drug-shops, two hotels, one livery and feed stable, one cotton warehouse, public mill and ginnery, shoe-shop, blacksmith-shop, etc. The City Hall was used for public meetings and theatrical troupes that came to the town.

Video below posted on Youtube by Mildred Stinson Brown who has completed considerable research on Georgiana.