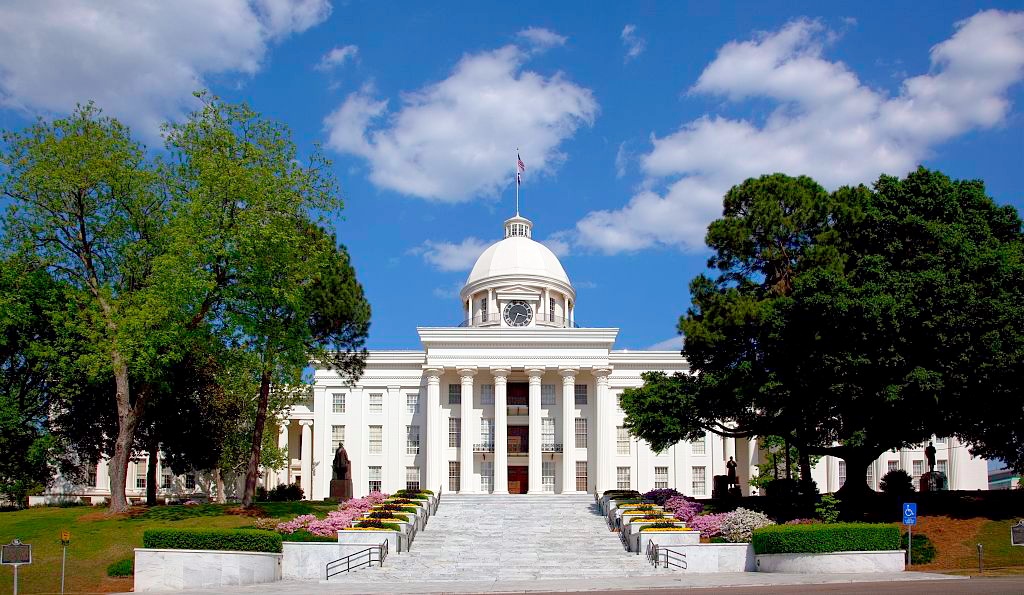 The following is a list of the Governors of Alabama from its organization as a territory down to the present time, with year of occupancy:

Wm. Wyatt Bibb, of Georgia, appointed Governor of the Territory of Alabama on its organization; from March 1817 to November 1819.

Wm. Wyatt Bibb, of Autauga, first Governor of the State of Alabama, from November 1819 to July 1820. Died in office.

Thomas Bibb, of Limestone, President of the Senate, succeeded to the Gubernatorial chair on the death of Governor W. Bibb. Served until December 1821.

Gabriel Moore, of Madison, December 1829 to March 1831. Resigned to accept a seat in the United States Senate.

Samuel B. Moore, of Jackson, President of the Senate succeeded to the Gubernatorial chair on the resignation of Gov. Gabriel Moore, and served to Dec. 1831.

Clement C. Clay, of Madison, from December 1835 to July 1837. Resigned to accept a seat in the United States Senate.

Hugh McVay, of Lauderdale, President of the Senate, succeeded to the Gubernatorial chair on the resignation of Governor C. C. Clay, July 1837. Served until December 1837.

Thos. H. Watts, of Montgomery, from Dec. 1863 to April 1865. Governor Watts occupied the Gubernatorial chair at the close of the war.