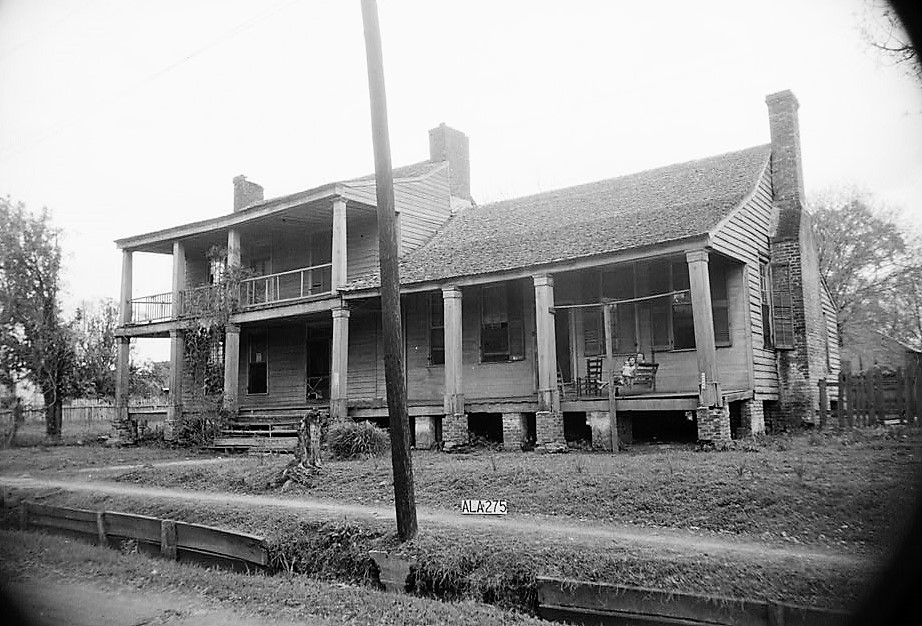 Settled by the Russell family

The locality of Greensboro was settled in 1816 by a large family connection named Russell, and their settlement was known for several years as the Russell Settlement. “Andrew, Caleb and Isaac Russell, three brothers, came from Baldwin county, Georgia, in 1816, and located some three to four miles east of the present courthouse, on the Marion road, and so far as can be ascertained, were the first white people to settle in this immediate section.  Caleb and Isaac Russell resided here for a few years and then moved to Big Black, Miss.  Andrew Russell remained after the removal of his brothers, but in a year or two removed, with his large family of children, to near Providence church in Perry county. The place near Greensboro where the Russells first located was for many years known as Russells Ridge.” 1

“In these early times, the country in and around Greensboro was an unbroken forest of primeval oaks, hickory, chestnut and pine. Caldwell creek was a large and beautiful stream, whose waters afforded abundant fish to all who cared to catch them. Game was plentiful—there being numbers of deer, an occasional bear, wild turkeys, and birds of all kinds. Indians frequently passed through this section. In fact, to the north, where Havana is now located, the then forest covered hills were still in possession of the savages, and large numbers of them resided there for several years after the settlement of Greensboro.”

As first established, Greensboro was divided into three wards—the “White Settlement,” the “Black Settlement,” and “Dogsboro.” In 1867, the town became the county seat of the new county of Hale. In the early 1900’s, it had privately owned electric light and waterworks plants, volunteer fire department, 11/2 miles of cherted streets, and paved sidewalks in the business section. Its tax rate is 5 mills, and its bonded indebtedness $25,000, issued for streets and schools. Its banks were the First National and the Peoples Bank (State). 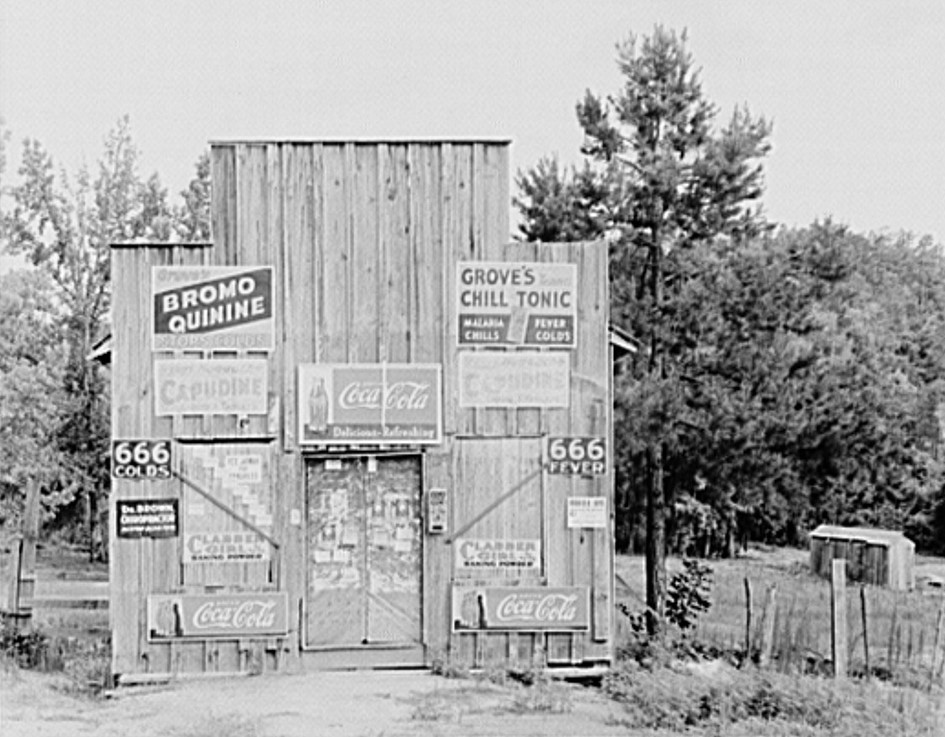 In 1817 James Yeates, Louis Stephens, Benjamin Baldwin, Frederick Peck. William Lovell, M. Kinnard and his sons-in-law McConnico and Corzine, T. A. Kinnard and the Davis and Bennett families, moved in. Other names included: Edwin Peck, Anthony Kinard, Joseph Nail, Joseph Middlebrooks, William Lovell, Lawrence Carr, Jason Candy, Silas Baggett, Hopkins, Caldwell and Holifield. John and Peter Stokes were also among the earlier settlers. They resided near the old Murphy place on Tuscaloosa street and owned hundreds of acres of land in that locality. The settlers built up a small village named Troy near where Southern University was later established. 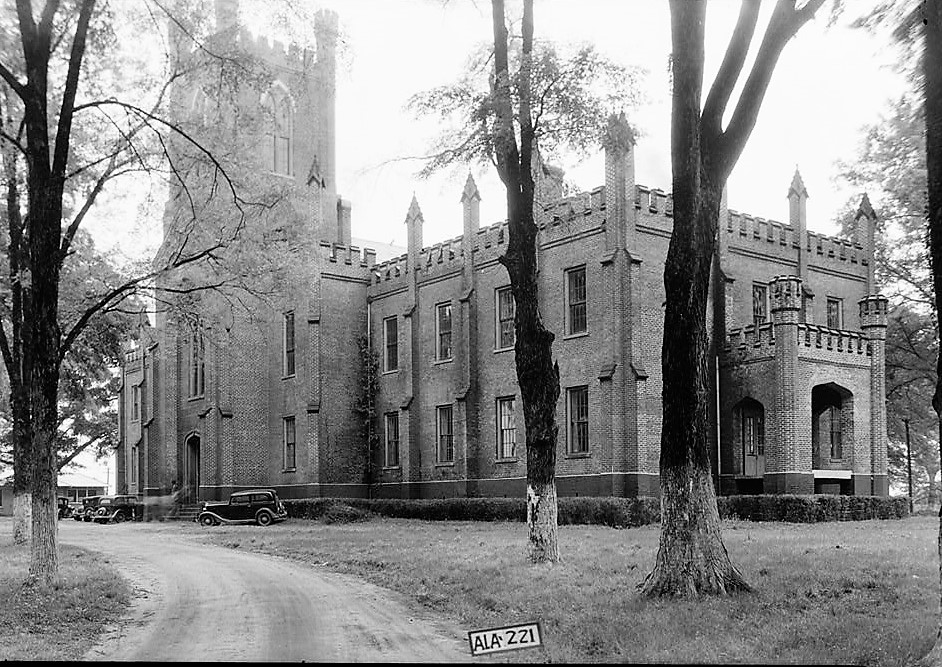 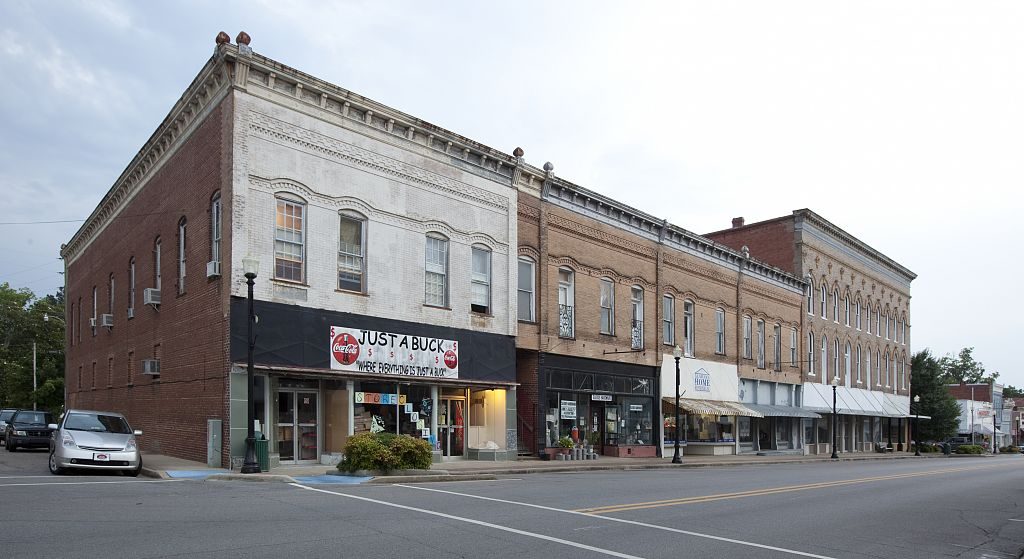 “The first house erected in what is now Greensboro was in the year 1818 and was built by John Nelson. It was a one-room log structure and was situated nearly opposite the store of E. A. Powers & Sons on Main street. In this small house Mr. Nelson, for about a year, sold powder, shot, whiskey, tobacco, etc. In January 1819, he sold out to Wm. Lovell, and settled on forty acres of land on the place south of Greensboro known as Midway, and engaged in farming. He continued to purchase the rich prairie lands and, at his death in 1856, he was very wealthy, leaving property valued at over half a million dollars. He is buried in the graveyard on the Jenkins place, three miles west of town, near the public road. Mr. Nelson has a number of descendants in this section. He was a man of great common sense and business sagacity.”3

The first United States mail received at “Troy” was brought from Cahaba on horseback by S. G. Briggs, in September 1818, and opened in the store of Frederick Peck, the first postmaster.  The arrival of the mail was quite an event in the history of the little village. It had been carried to Cahaba on a barge from Blakely. The trip by the pioneer mail-rider was not unattended by dangers as he journeyed alone through the dense forest for half a hundred miles. Mr. Briggs resided in Greensboro from its foundation to the time of his death, which occurred Feb. 12, 1895, at the age of 82 years.

In 1819, when Alabama became a State, it was discovered that “Troy” occupied a sixteenth section, which under the Constitution was reserved for school purposes. The inhabitants accordingly moved to the present site of Greensboro. The store belonging to Frederick Peck did not have to be moved as it was found to be outside the sixteenth section.

The people gathered together all their belongings that could be moved, and located in Greensboro, or rather where the town is now situated, for the new location continued to be known as Troy until the year 1823. The original plot of “new” Troy was made in 1820 by McAlpine, surveyor, and is recorded in Book “I”, page 141, Record of Deeds for Hale county. The citizens of Troy did not regret to abandon the old town, for the horse jockeys had taken the main street for a race course; whiskey shops, or “doggeries” as they were called in those days, were numerous, and drunkenness and rowdyism were very common, and life was made miserable to the more respectable portion of the community.

In 1820 a shoe-shop was the only thing located on the lot on which is now situated Dr. Carson’s residence and sanitarium, and deGraffenried & Evins’ law office. It was a small frame building in which James Yeates resided and repaired the footwear of the inhabitants of the little Village

In the “New Troy” as it was called until 1823, Jason Candy, merchant, Joseph Nail, Joseph Middlebrooks, Lawrence Carr, Silas Baggett, John and Peter Stokes, the Caldwell, Hopkins and Holifield families came to reside.

In 1820, James Yeates erected a frame building on the east corner of the lot later occupied by the residence of Searcy, and S. G. Briggs built a hotel on what was later now known as the Peterson place. By 1821 there were five stores in “New Troy.” The first cemetery, where the dead of “New Troy” were buried, is in the wooded lot which later was a part of the D. F. McCrary place.

By 1830 a “cotton gin and screw” had been installed at “New Troy” to which the planters hauled their cotton to be ginned. Much of this cotton was bought by Greensboro merchants, hauled to Erie, and shipped by boat to Mobile or New Orleans.

Greensboro was incorporated as a town in December 1823 as Greensborough in honor of American Revolutionary War general, Nathanael Greene. (sometimes misspelled Nathaniel Greene)

In January 1867, the legislature created Hale County, and Greensboro became the county seat. 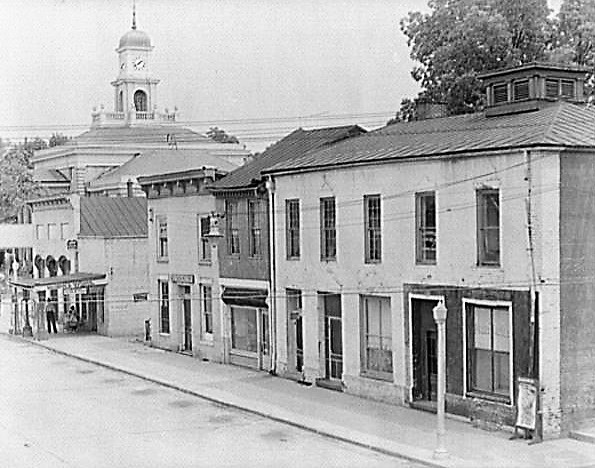 The town purchased from the Alabama Baptist Convention, the brick “Salem Church,” which was remodeled and converted into a courthouse. The deed conveying the property from the Baptists is signed by J. L. M. Curry and Charles Manly. The courthouse was donated by the town to the county, on condition that the county seat should not be moved from Greensboro. The document is signed by A. M. Dorman, mayor.

History of Greensboro, Alabama from Its Earliest Settlement

History of Greensboro, Alabama from Its Earliest Settlement