This story can also be found in ALABAMA FOOTPRINTS Pioneers: A Collection of Lost & Forgotten Stories

After the opening of roads through the wilderness to Tennessee, the return of traders, supercargoes, and boatmen to the northern settlements with the proceeds of their voyage was on foot and on horseback, in parties for mutual protection, through the Native American Nations; and often rich treasures of specie were packed on mules and horses over these long and toilsome journeys so a fear of bandits was always in the back of travelers minds.

Mason made his appearance 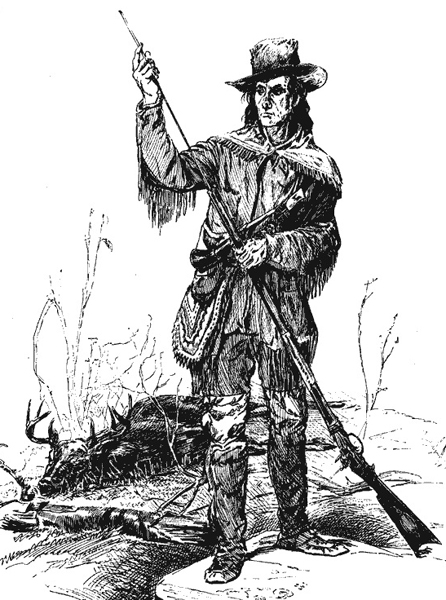 Accustomed to robbery and murder upon the Lower Ohio, during the Spanish dominion on the Mississippi, and pressed by the rapid approach of the American population, he deserted the ‘Cave in the Rock’, on the Ohio, and began to infest the great Natchez Trace, where the rich proceeds of the river trade were the tempting prize, and where he soon became the terror of every peaceful traveler through the wilderness.

Reported as a robber in many places

Associated with Mason were his two sons and a few other desperate miscreants. The outrages of Mason and his co-horts became more frequent and saguinary in time. Once he was reported marauding on the banks of the Pearl River, against the life and fortune of a trader, but before a pursuit was organized, a report of another robbery and murder was reported on the remote shores of the Mississippi. The Mason bandits became so frequent, that the populace was driven to adopt measures for their apprehension. However, the wily bandits baffled every effort for their capture for a time.

Finally, a citizen of great respect was passing with his sons through the wilderness when they were plundered by the Mason bandits. Luckily their lives were spared, but when they returned to the settlement, great excitement prevailed, and the governor of the territory was pressured to take action.

Governor Claiborne offered a liberal reward for the robber Mason, dead or alive. The proclamation was widely distributed, and a copy of it reached Mason himself, who was said to have indulged in much merriment when he received it. Two of his band, however, tempted by the large reward, made a plan to obtain it. When the opportunity arrived, the two conspirators, counting on ill-gotten plunder plunged a tomahawk into his brain. His head was severed from his body and borne with triumph to Washington, then the seat of the Mississippi Territorial government.

Many came to view his head

Mason’s head was recognized and corresponded with a description as to scars and peculiar markings. A delay occurred in paying the reward since due to the slender state of the treasury. Meanwhile, many people came to view Mason’s head and among the spectators were two young men who had been victims of the bandits. They recognized the companions of Mason as the ones who robbed their father. The robbers were immediately imprisoned, and after the full evidence of their guilt was ascertained, they were condemned and executed at Greenville, in Jefferson County.

Deprived of their leader, the rest of the bandits dispersed and fled the country and the terrors that had infested the route through the Native American Nation, known as the Natchez Trace, were terminated.

This story and more can be found in ALABAMA FOOTPRINTS Pioneers: A Collection of Lost & Forgotten Stories