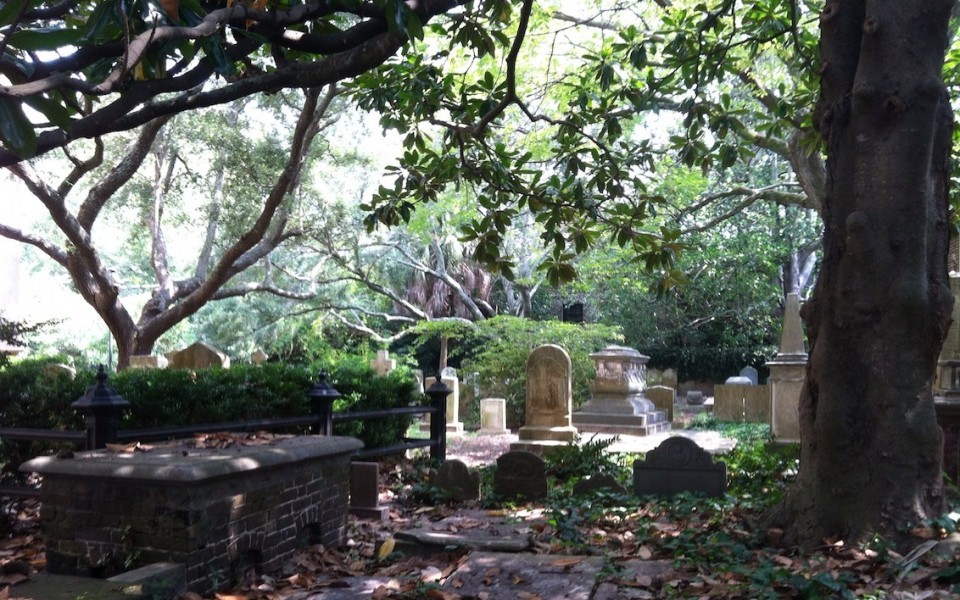 Three years ago, my daughter-in-law, Gail, and myself, from Iowa and my sister, Teddie, and cousin, JoAnn, from NM, decided to meet in Oklahoma and go “cemetery hopping”. 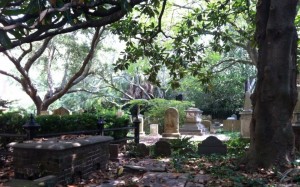 We searched from Washington, of central Oklahoma, down into southeastern Oklahoma. Our main goal was to find Chism where my Mom, a Haney, was born and also Chism Cemetery.

No one knew area

No one in the area seemed to know about either—not even the local patrolman. But upon the insistence of Gail, who has no sense of direction or location, we went down a gravel road at least 5 miles off the main highway.

Me, with my keen sense of direction, was repeating, “this is wrong, turn around.” But Gail, who was the driver, insisted we keep going and what to my shock should appear, but a Chism Road sign.

Parked in the middle of Chism

Then in the middle of the road was a young man who was doing evening chores. We stopped and rolled down the window to ask directions to Chism and the cemetery, and before we could say a thing, he said, “you’re Chismites looking for Chism, aren’t you!”. (That shows how far off in the boonies we were!).

Turns out we were parked in the middle of “Chism”. The only indication was a tree on the side of the road with a slab of cement by it, which was the former location of the Chism Store, which I have a photo of! Our ancestors, the Haneys, ran the Chism Store, and the young man was related to of some of them!

He was into horses and so was my sister! So we talked horses, relatives and genealogy! Chism Cemetery is under lock and key and secluded in a group of trees way back into a pasture. Circumstances did not permit us to go to the cemetery, so now we are planning another “cemetery hopping” trip!

On the way to Oklahoma

We had a series of serendipities on our visit to Oklahoma. Driving down the road, we’d see a cemetery sign and be inspired to pull in, even if it were not on our schedule of places to visit. Most of those stops produced unexpected serendipity thrills.

JoAnn insisted that she was just along for the fun of it and so did Gail. They were not able to walk, so they drove around the roads in the cemeteries checking stones from the car and Teddie and I walked the cemeteries. Examining every stone and hollering back and forth about possible finds. One particular serendipity moment that really gave me goose-bumps was that I found JoAnn’s great grandmother Rebecca Carr’s stone in McGee Cemetery at Stratford, Oklahoma!!! 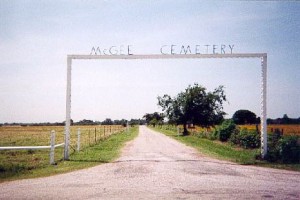 She had no idea, that it even existed, let alone where it was! We all gathered around it and took pictures and laughed! What a thrill for us all. Now that is“serendipity”. And yes, we were calling our finds “serendipity” moments.

The radio was broadcasting tornado warnings, but not where we were, and Gail wanted to head back to our headquarters, so we relented, even though our headquarters was some 150 miles away. She was driving, but we still made her stop at many cemeteries. To this day, we can’t drive by a cemetery without her snickering and glancing at me. But I’m not expecting “serendipity” here.

Chism is south of Ada, Oklahoma.

Some of our family came from Alabama, Illinois, Kentucky, Georgia and southeast Arkansas, then into Oklahoma.