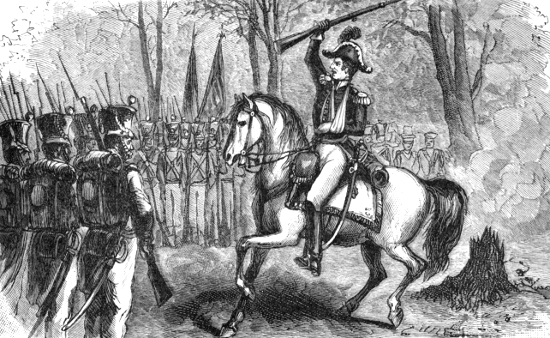 The battle of Enitaohopco was a battle fought by Gen. Andrew Jackson with the Creek Indians at the Creek village of Anatichapko, January 24, 1814, and two days immediately following the battle of Emuckfau. On the night of January 23, Gen. Jackson’s army, fresh from the victory over the Indians at Emuckfau, but almost destitute of supplies, encamped near the Creek Indian village of Anatichapko. The camp was on the south side of the creek of that name, and a quarter of a mile from the ford, at which they had previously crossed. The ford was a deep ravine between two hills covered with dense shrubbery. It afforded admirable opportunity for an ambuscade, and this Gen. Jackson so much feared, that another ford was found 600 yards below the first.

On the morning of January 24 the march was resumed. The litters with the wounded were placed just behind the first guards. The three columns of the right, the left and the center were commanded respectfully by Cols. Perkins, Nicholas T. Stump, and William Carroll. The officers had been previously advised by orders as to the formation in case of an attack on front, rear or flanks.

As the movement began, the Indians in ambush, discovering the unexpected change of route, left their hiding places, advanced and fired upon Capt. Russell’s company of spies which was bringing up the rear. The fire was returned, and the company gradually retired until it reached the rear guard. As the firing began, the advance guard, the wounded and a part of the men were already across the creek, and the artillery was just entering it. Gen. Jackson himself was in the stream when he heard the firing commence. He at once had an aide to go forward and form a line for the protection of the wounded, and he himself turned back to the east bank. Here he discovered a most disgraceful condition.

The rear-guard fled to the other side of the stream

Nearly the entire rear guard, panic-stricken, had plunged into the stream and were making their way to the other bank. Only a small force of about 100 men remained on the east side, and their fighting was to prove an offset to the panic of the rest. The force left to bear the brunt were Capt. Russell’s company of spies, about 25 of the rear guard under Col. Carroll and Capt. Quarles, and Lieut. Armstrong’s artillery company. Capt. Quarles soon fell. These gallant men and their comrades, with the greatest heroism, contended against many times their number. The Indians appreciating the situation were jubilant because of the disorder. Lieut. Armstrong, at the first fire of the Indians, had ordered a part of his company to advance, take possession of a hill, and hold it with their muskets, while he and others dragged the six-pounder from the creek to the same point. 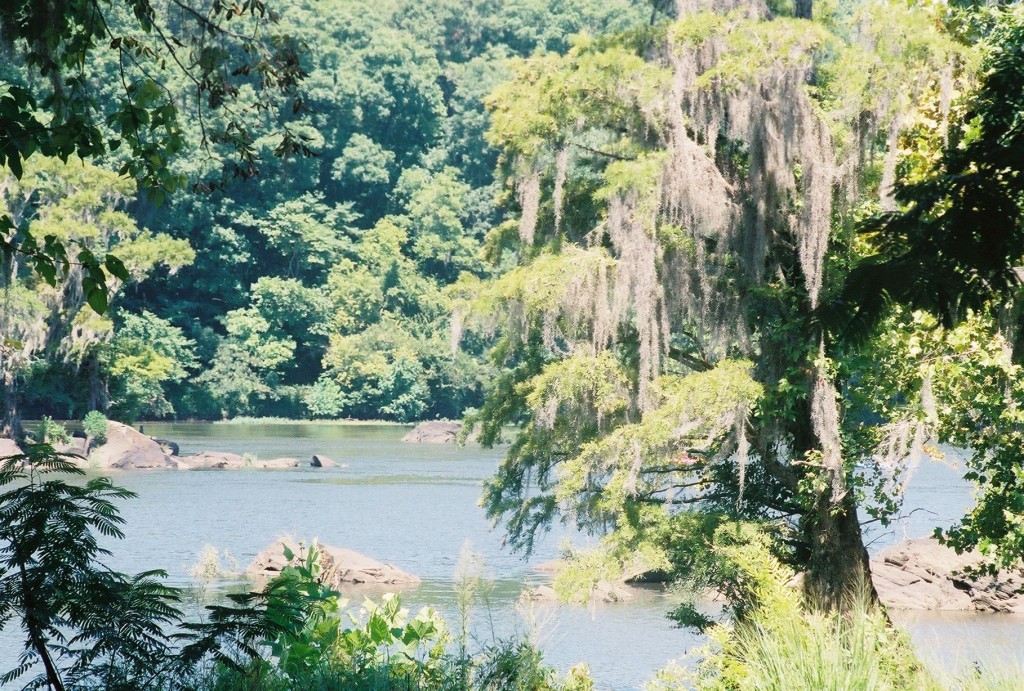 The Cannon was loaded and fired

The cannon, placed in position, poured a fire of grapeshot into the ranks of the enemy. Again it was loaded and fired, and by it and with the fire of muskets, the Creeks were driven back. An incident,’ here to be related, due to the hurry and confusion incident to the first moment of attack, admirably illustrates the daring and courage of the brave pioneer fighters. The rammer and pricker were left tied to the limber, but in spite of this mishap two of the gunners, Constantino Perkins and Craven Jackson, were equal to the emergency, Perkins using his musket in driving down the cartridges and Jackson using his ramrod in preparing them for the match. The artillery company suffered severely. Lieut. Armstrong fell severely wounded, exclaiming “my brave boys, some of you may fall, but you must save the cannon.”

In the meantime Gen. Jackson and his staff had, by very great exertion, somewhat restored order, and detachments were sent across to support the small force so bravely holding the crossing. Capt. Gordon’s company of spies, which was leading the army and was well across the creek, now recrossed, striking the Indians on the left. Notwithstanding he was severely wounded at Emuckfau, Gen. Coffee mounted his horse and was of great service to Gen. Jackson in stemming the tide of disaster and encouraging the men to meet their duty.

The tide of the battle began to turn

The tide of battle now began to turn. The Indians could not withstand the increasing attacks. They broke at all points and fled, throwing away blankets, packs and everything else impeding their flight. They were pursued more than 2 miles. The losses of the Americans in the battles of Emuckfau and Enitachopko, were 20 killed and 75 wounded. Some of the latter died.

According to Buell the loss of the Creeks in these two battles was 194 killed, and more than 200 wounded. The statement of Gen. Jackson is that the bodies of 189 Indians were found dead. He reported that only a guess could be made as to the number of wounded. In Eaton the statement is made that it was afterward learned from prisoners that more than 200 warriors never returned from these engagements. The forces of the Creeks in each engagement were much less than the Americans.

Indians boasted that they whipped Capt. Jackson and drove him to the Coosa River

Pickett states that they had less than 500 warriors. After burying the dead, Gen. Jackson resumed his march without molestation, and on January 27 arrived at Fort Strother. Notwithstanding their losses and their consequent inability to pursue, the Indians are stated, by Pickett, to have looked upon the retrograde movement of Gen. Jackson into Fort Strother as indicating a victory for them. They boasted that they “whipped Capt. Jackson and drove him to the Coosa River.”

I just want to thank you for sharing the quote by Lt. Armstrong during the Battle of Emuckfau. This was Robert Wells Armstrong, my 3rd great grand uncle (brother to my 3rd great grandfather, William Armstrong.) Robert also fought with Andrew Jackson at the Battle of Talladega and was a Brigadier General. He became US Consul to Liverpool and lived in England for a number of years. He was postmaster at Nashville and owned and edited the Washington Union in D.C. He was a confidential advisor for President Polk. One of his most cherished possessions was Andrew Jackson’s sword left to him when Jackson died. It is very rewarding for me to see him in your newsletter. He was a fine patriot and warrior. So thank you! Caro Harvey Feagin [email protected]