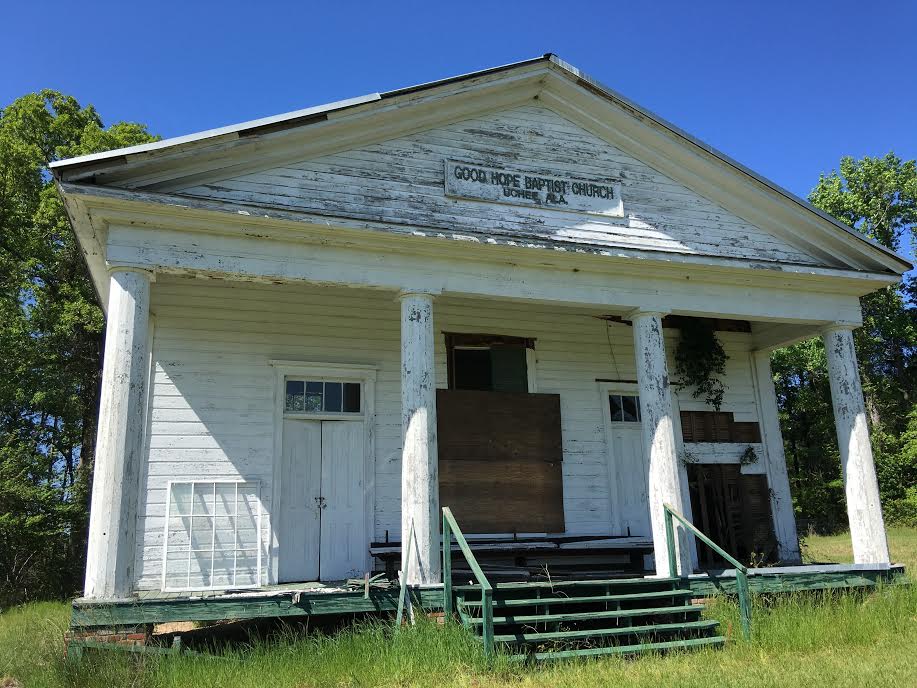 A Tale of Two Churches

On a rural stretch of Russell County Highway 22, one can find two of the oldest and best preserved examples of Greek Revival architecture in Alabama. Constructed in the late 1850s by L. Scott Johnson, the Good Hope Baptist and Uchee Chapel Methodist churches were built in the old temple front style. 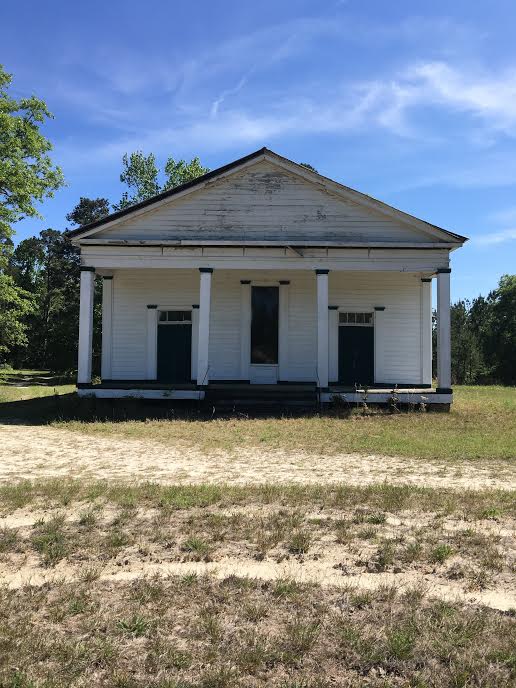 This style of architecture was inspired by the facade of ancient Greek temples, and the resemblance is clear. On each church, four prominent but plain columns support a substantial gabled porch roof. Two entrances frame a single large window. Some speculate the two entrances allowed men and women to enter separately and sit on opposite sides of a central aisle. 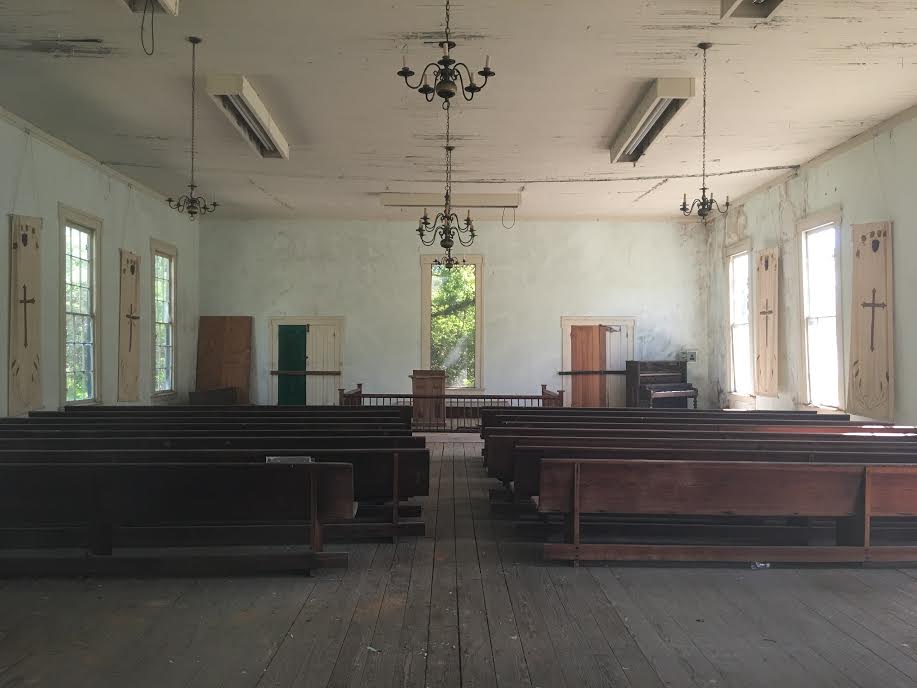 Photo taken from front entrance. This is not the original configuration; the pulpit and dais would have faced the rear entrance. The chandeliers and fluorescent lights were added by congregants in 1980.  (Photograph copyrighted by Amanda Gallatin) 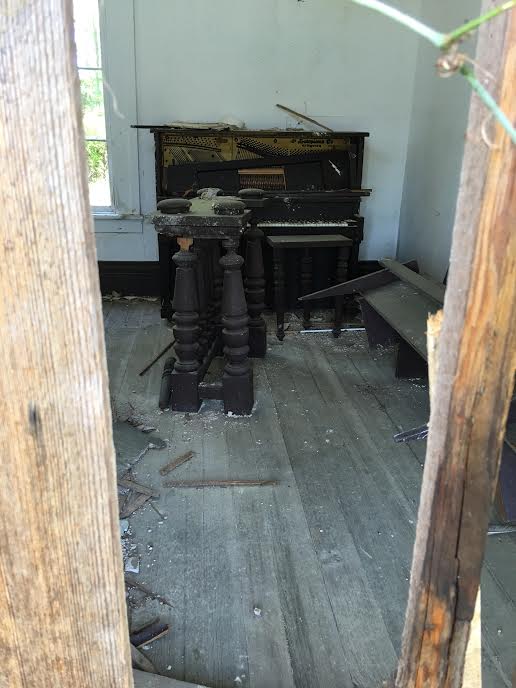 Seating was also segregated by race. The rear entrances mirrored the front and were used by black congregants. Unfortunately, the rear portion of Good Hope Baptist was destroyed by storm in the 1990s, but Uchee Chapel Methodist remains wholly intact. 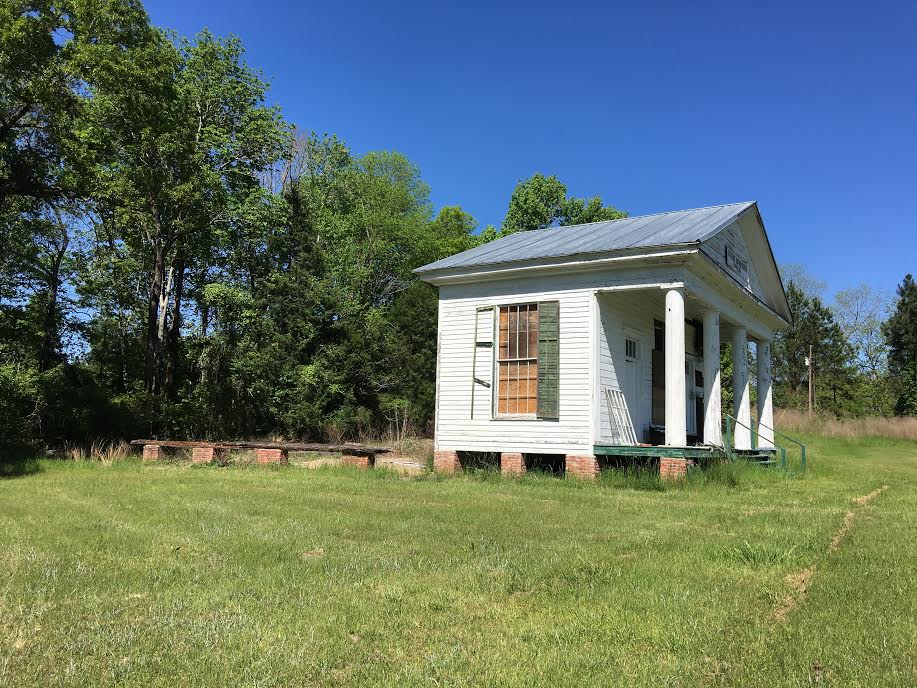 Church members renovated Uchee Chapel Methodist in the 1980s, lovingly preserving it as best they could. They added electric lighting and replaced the paned front window with plate glass to deter vandals. The pulpit, dais, and pews are still inside, though not in their original arrangement. Although no longer in use, this local treasure is guarded by community members who remain committed to its preservation. Uchee Chapel Methodist was added to the National Register of Historic places in 1997. 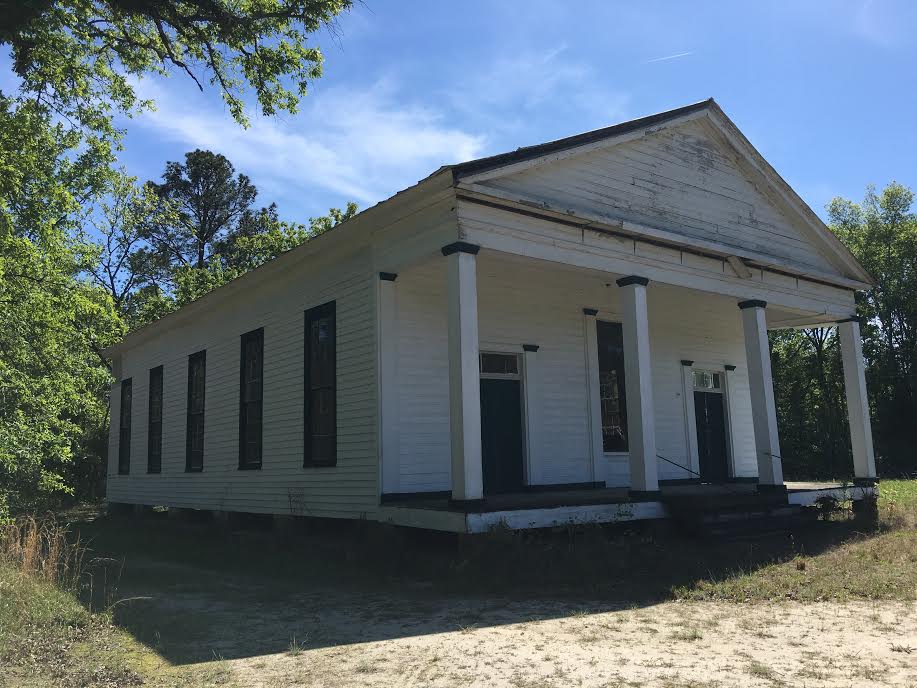 Time has not been so kind to the nearby Good Hope Baptist. A storm destroyed most of the structure, though thankfully the magnificent façade was spared and subsequently reinforced by caring members of the community. Brick foundation pillars show the building’s original footprint. It sits atop a gentle hill, an indication of its once prominent role in the settlement of Uchee. Records show church membership grew rapidly, and Good Hope eventually became the oldest continually active congregation in the county. 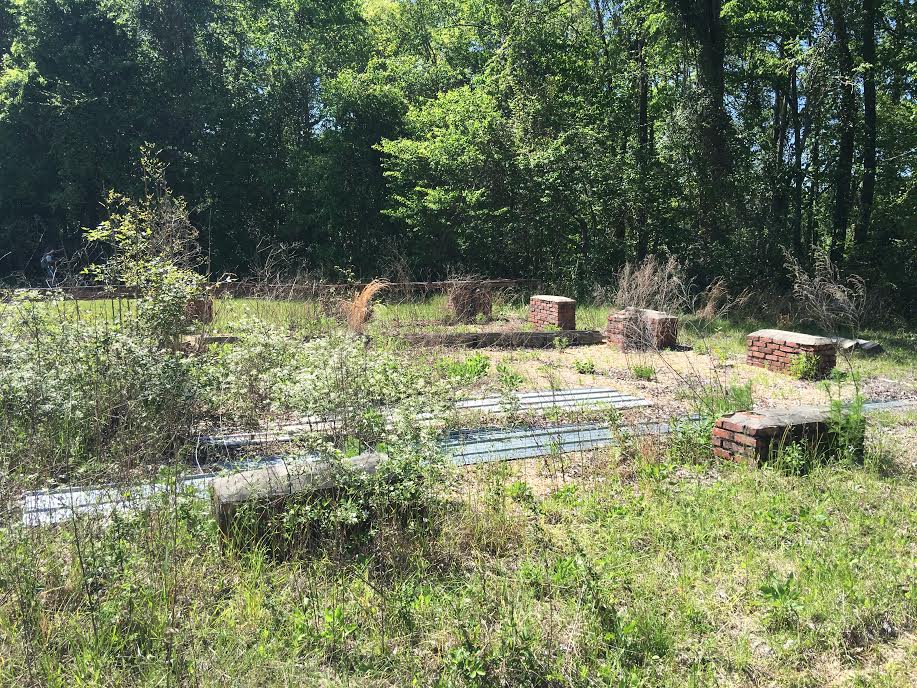 Both churches are situated on the Old Federal Road, which started as a narrow postal route and eventually became the main thoroughfare for white settlers to the Creek Indian territory. These churches were pillars of their frontier communities, and their significance grows with each passing decade.

Amanda Gallatin was born, raised, and currently resides in East Alabama. After graduating from The University of Alabama with a degree in Communication & Information Sciences, she worked for a non-profit teacher recruitment organization before launching a career in Information Technology. She is a believer in the "Go Local" movement, which encourages citizens to volunteer, support local merchants, and take pride in their community's culture and history. In her spare time, Amanda enjoys cooking, spending time outdoors, and tending to her chickens.