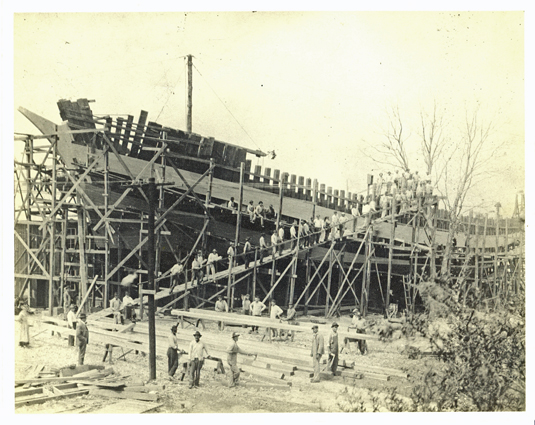 “Pearl Harbor has been bombed. Many ships were damaged or sunk” was the alert that interrupted the Sunday afternoon radio broadcast on December 7, 1941. We were living at 708 10th Street, Pascagoula, Mississippi, where the family was listening to the Gene Autry show, when the announcer broke in with news of the attack.

Below is a Compilation Of Mutual and CBS Radio Bulletins From December 7th, 1941 by 20th Century vision.

My parents were upset as they talked about the inevitable war and the possibility of Daddy being drafted.

Soon most of the young men from the seacoast town were in service or on their way to training. Older men and some women took their jobs in the Engle shipyard across the highway from the government boatyard where Daddy worked.

Men flooded into the town looking for steady jobs and higher wages that had been missing for more than a decade while the world suffered through the DEPRESSION. Tiny two bedroom frame houses spring up like mushrooms to shelter the influx. Yet housing was so scarce that people cleaned and floored chicken houses to put a roof over their heads.

Shipbuilding in Mississippi during WWII

We had boarders in bunks in our second bedroom

Some friends from Tuscaloosa County, Alabama came down to experience the new prosperity. We had boarders in bunks in our second bedroom, while Mama and Daddy, my brother, baby sister and I shared a bedroom.

At times there were even cots in the living room. Mama did the cooking, housework, and laundry. Doing it by hand was such a struggle she bought a washing machine and took in washing from the neighbors. After the clothes were clean and ironed, she would put a laundry basket in my brother’s red wagon, sit baby sister behind, and lead Brother and me to deliver the clothes.

Soon she was making almost as much as Daddy. For families who had seen depression era wages as low as $1 a day for a grown man, this was prosperity. Movies became a common treat and groceries were affordable if you had ration cards and could find them. We bought a cow and kept it on a farm nearby where the farmer milked and shared the milk with us.

A telegraph meant a serviceman had died

Even children knew that the delivery of a telegraph meant a serviceman had died, and everyone listened to the news reports from Europe and the South Pacific. We knew that Roosevelt and Churchill were the heroic leaders resisting the Nazis and the Japs. A common activity was drawing a face in the dirt of a playground, adding a mustache, and stomping Adolph Hitler. Everyone had heard his shrill voice speeches from news broadcasts and had no doubts the Good Americans would save the world from the Evil Axis – Germany, Italy, and Japan.

In following months huge anti-aircraft guns were installed along the beaches. When families went to the beaches a mile from our houses to have an oyster fry. We’d see the guns covered by camouflage with armed soldiers around. Each family had blackout shades to be put over windows when sirens were sounded and air raid wardens would bike around the neighborhood and knock on doors if the light was visible from the streets.

The Andrews sisters sang “Don’t Sit Under the Apple Tree,” Kate Smith inspired us with “God Bless America,” and the USO in Pascagoula entertained 18-year-olds from Maine, Nebraska, and California.

All plans were based on the phrase, “for the duration,” and Gold Star Mothers mourned their sons. Churches were full of families seeking fellowship in times of fear and despair. We all were waiting for the time when “Johnny Comes Marching Home.”

Daddy worked in the government boatyards across from Engle’s shipyard in the harbor so he never had to go into military service. Many of my friends’ fathers, uncles, and brothers were away in service, and whole towns went silent when President Roosevelt talked on the radio.