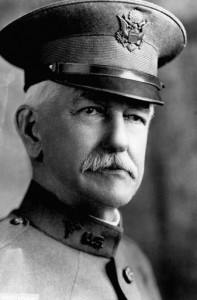 Note: Follow the linked articles to see all the other connections this great man and his family had within the state of Alabama and the world.

William Crawford Gorgas KCMG (October 3, 1854 – July 3, 1920), Alabama native, is known throughout the world as the conqueror of the mosquito, and the malaria and yellow fever it transmits. His pioneer efforts in halting an epidemic of yellow fever enabled the United States to complete the Panama Canal after earlier attempts had fallen before the onslaught of the treacherous insect.

William Crawford Gorgas was born in Toulminville, Mobile County, Alabama, October 3, 1854, at the home of his grandfather, John Gayle, a former governor of Alabama. He was the first of six children of Josiah Gorgas and Amelia (Gayle) Gorgas.  His father was president of the University of Alabama and his mother was daughter of Governor Gayle. She became the librarian at the University of Alabama. The Gorgas home is still on the campus.

After studying at The University of the South and Bellevue Hospital Medical College, Dr. Gorgas was appointed to the US Army Medical Corps in June 1880. He was assigned to three posts — Fort Clark, Fort Duncan, and Fort Brown—in Texas. While at Fort Brown (1882–84), he survived yellow fever and met Marie Cook Doughty, whom he married in 1885. Since he had yellow fever, he was immune to the disease. He also treated his future wife when she contracted the disease, and for this reason, Gorgas and his wife were posted to Havana during the occupation of Cuba, as the city was ravaged with yellow fever and malaria. In 1898, after the end of the Spanish-American War, he was appointed Chief Sanitary Officer in Havana, working to eradicate yellow fever and malaria. He served as president of the American Medical Association in 1909–10.

Gorgas was made Surgeon General of the Army in 1914. In this capacity, he was able to capitalize on the momentous work of another Army doctor, Major Walter Reed, who had himself capitalized on insights of a Cuban doctor, Carlos Finlay, to prove the mosquito transmission of yellow fever.

While Cuban physician Carlos Juan Finlay discovered the role mosquitoes play in transmitting disease; it was Gorgas’ task to prevent the insect from playing that role. His first efforts against yellow fever were in Havana, where more than 500 deaths to the disease had been counted in each of the preceding ten years. Gorgas assumed the herculean task of listing, inspecting, and controlling every possible breeding place in the city. Within months the city was clear of yellow fever and it was 18 years before another yellow fever death occurred. In the Canal Zone, Gorgas successfully maintained a zone in which mosquitoes could not exist around the canal workers as they progressed across the narrow Isthmus of Panama.

Yellow fever was so much of a problem in the 1890s that they wrote songs about it. The song in this film is The Mosquito parade from 1899 by an unknown artist.

As such, Gorgas won international fame battling the illness—then the scourge of tropical and sub-tropical climates—first in Florida, later in Havana, Cuba and finally at the Panama Canal. A lesser man than Gorgas might have failed before the opposition he encountered even after the success at Havana gained world-wide publicity and acclaim. United States officials in the Canal Zone refused to believe in Gorgas. They pigeon-holed his requests for equipment, refused him authority to deal with the people, discredited him to higher authorities and frequently clamored for his dismissal. Only the faith and authority placed in General Gorgas by President Theodore Roosevelt enabled him to complete his task.

Dr. Gorgas died July 3, 1920, in London, England from a stroke and his body was interred in Arlington National Cemetery in Arlington, Virginia. His wife Marie and daughter, Aileen are also buried there.