On August 2, 1819 – The first Constitution of Alabama was adopted paving the way to statehood in December. It was considered a model of democracy at the time because if granted suffrage to all adult white males without regard to property ownership or other qualifications.

In keeping with the provisions of the Congressional Enabling Act, of March 2, 1819, elections for forty-four delegates to a Constitutional Convention were held in May, and those elected convened at Huntsville, July 5th.

The following are some excerpts from legislature.state.al.us

The composition of the Constitutional Convention of 1819 (July 5 – August 2) was remarkable, considering the brevity of Alabama’s life as a Territory, and the overall frontier character of those portions under jurisdiction of the United States. In his comprehensive work, Constitutional Development in Alabama, 1798-1901, Dr. Malcolm McMillan offers some insight into the delegates who framed Alabama’s first Constitution: 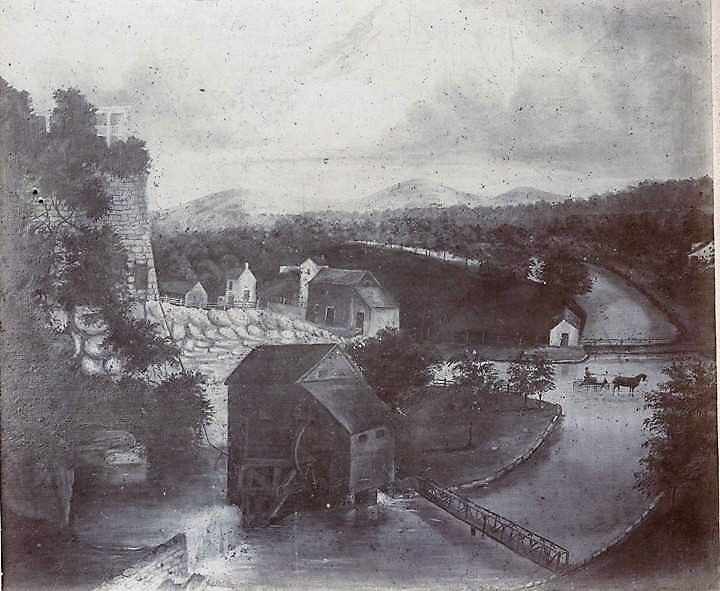 Painting of Big Spring and water works in Huntsville ca. 1850 by Laura Bassett (Alabama Department of Archives and History

Constitution was adopted on August 2nd, 1819

On August 2nd, the Convention formally adopted the Constitution, then adjourned. The Constitution, thus, was considered ratified and operable as of that date. The Congressional Enabling Act did not specify submission of the Constitution to the people for ratification, nor was it the custom of the day for new states to do so.