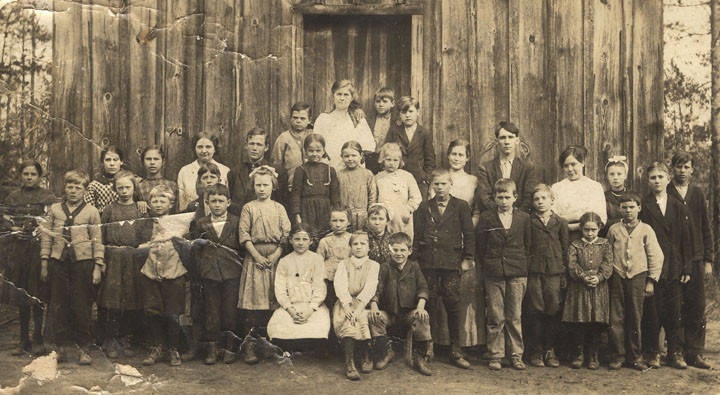 (Continued from Part I – How a system of Public education developed in early Alabama Part II -The author Gen. William F. Perry was the first superintendent of education in Alabama)

THE GENESIS OF PUBLIC EDUCATION IN ALABAMA.

(Transcription from Transactions of the Alabama Historical Society, Volume 2, 1898)

Alabama was the first of the Cotton States, and one of the first of the slave-holding States, to enter upon such an undertaking. The session of the Legislature of 1853-54 found public opinion prepared for definite action. This body contained several men of prominence, who at once gave the movement shape, among them Robert M. Patton, Senator from Lauderdale, Jabez L. M. Curry, of Talladega, and Alexander B. Meek, of Mobile. The committee having the work in hand were aided by the counsels of Dr. Andrew A. Lipscomb,1 a gentleman of varied accomplishments, then living in Montgomery.

Those who drafted the original school law, as well as those charged with its administration, may justly be said to have embarked upon an unchartered sea.

It is true that highly developed systems of popular education existed in other States. The school systems of New England had been the growth of years, and had recently received a great unlift through the labors of Mr. Horace Mann. Successful systems also existed in several of the North Western States. But there, the population was homogeneous; the school lands were more valuable; and the proceeds of their sales, under the terms of the grant, had been consolidated into general school funds. But no precedents were anywhere to be found which could be safely followed in shaping a system adapted to the social conditions then existing in Alabama.

It is not surprising, therefore, that the first draft of a law thus made without experience to guide, or precedent to follow, should have contained features which required modification; and should have omitted details which had to be supplied, either by the Superintendent in the course of administration, or by subsequent legislation. And still it can be truly said, to the honor of its authors, that the system, in its subsequent development, shaped itself by the outline and framework which the original draft supplied.

It purported to be a law for the establishment of a system of free public schools in the State. To sustain this system, it appropriated one hundred thousand dollars to be paid annually from the treasury, the interest of the sixteenth section fund, which then amounted to about sixty thousand dollars per annum, together with some few other sources of revenue.

It provided for the election of an officer styled the “Superintendent of Education,” and clearly defined his duties. The county administration was imposed upon the Judges of Probate, who were required to perform their duties without compensation. The township officers consisted of a board of three trustees. They were charged with duties which called for more than ordinary administrative power. They were to raise means for the erection of school houses when such were needed; to divide the townships into such districts as the situation demanded; to select and employ teachers and supervise the schools; to make settlements and submit annual reports.

The use of the word free in connection with the schools was unfortunate. It created exaggerated expectations, which were doomed to the shock of a sore disappointment.

The weakest feature of the system was in the county administration. The Judges of Probate, not without good reason, regarded the imposition of new and onerous duties upon them without compensation, as a great hardship; and while many of them were faithful and efficient, they could not give the amount of attention that was absolutely essential to the prompt and effective inauguration of an untried system.

The adoption of the township as a school corporation, although under the circumstances a necessity, involved great inconveniences. It complicated the duties of the trustees, who were generally plain unlettered men, and led to neighborhood jealousies and dissensions in reference to the location of schools. Lines of latitude and longitude pay no respect to the physical features of a country, or to the convenience of the people. Many good neighborhoods, capable of sustaining a single school, were split by township lines, and thrown into two, three, or four different corporations.

The session of the legislature was approaching its close, when the school law was enacted, and the next day was set for the election of a Superintendent. No one had been spoken of in connection with the office, except Dr. Lipscomb; and it was generally understood that he would be the only candidate.

Gen. J. Tipton Bradford, however, decided to put me in nomination against him, although I was a hundred miles away, and personally unknown to nine-tenths of the members. Gen. Bradford was a man of extensive influence, a remarkable judge of men, and an indefatigable worker. By the aid of a few of my personal friends, including Mr. Curry and Chief Justice W. P. Chilton, of the Supreme Court, whom he used as referees, he had succeeded in securing the pledges of a majority of the members before the two Houses met in joint session for the election. The result, after four ballots, was a startling surprise to all except to the masterly tactician who had brought it about, and was justly a source of sore disappointment and chagrin to the friends and admirers of Dr. Lipscomb.2

A few days afterwards, having given bond and taken the oath of office, I was turned into an empty room in the Capitol, oppressed with a sense of the responsibility upon me, and with ominous forebodings of the herculean labor that was before me. I was in my thirty-first year; had little experience in public affairs, and no knowledge of the practical workings of public educational systems.

1Born and educated in Virginia. He came to Alabama in early manhood, with rare faculties for public usefulness. For profound and varied learning, he, perhaps, had no superior in the country. His pulpit ministrations, his labors as a teacher in schools, seminaries and colleges, his accomplishments as a writer, the grandeur of his thoughts, and the earnestness of his soul tor the welfare of men, for their moral and spiritual illumination, breathed in words of music, place him in the front rank of scholars and divines in this or any other age.”—Garrett, pp. 505-07.