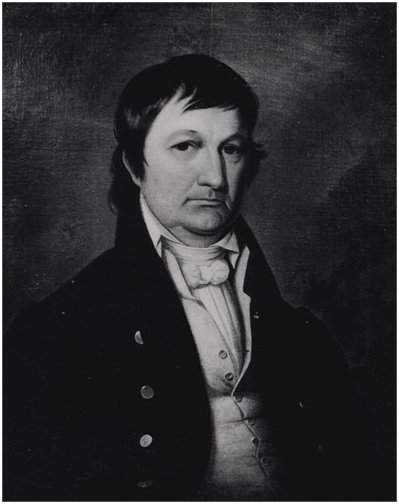 This is an Excerpt from ALABAMA FOOTPRINTS: Confrontation – Gen. Coffee in Creek Indian War

With the arrival of eight hundred and fifty newly arrived Tennessee volunteers at Fort Strother who had agreed to serve for sixty days, General Jackson’s army was sufficiently increased in numbers for him to consider a battle.

About the same time, General Jackson was informed by his scouts that a large force of Creeks had congregated in a bend of the Tallapoosa River near the mouth of Emuckfau Creek and that they were planning an attack on Fort Armstrong on the Coosahatchie which was in present Cherokee County, and very near the Georgia line. This fort was garrisoned by some two hundred friendly Creeks and Cherokees, and eighteen or twenty white men from Mississippi.

General Jackson resolved to strike an immediate blow, not only to keep his men employed but also to demoralize the Red Sticks. Coupled with his own determination and advice from General Pinckney and General Floyd, his troops set out to attack the Indians gathering on the Tallapoosa.

On January 15th about eight hundred mounted troops, crossed the Coosa River at Fish Dam Ford and marched to a good grazing ground on Wehogee Creek, four miles distant from Fort Strother, and there they camped.

The main force joined them the following day. which consisted of an artillery company, with one six-pounder, commanded by Lieutenant Robert Armstrong, a company of infantry, two companies of spies, commanded by Captain John Gordon and Captain William Russell, and a company of volunteer officers commanded by General Coffee. A small force only had been left at Fort Strother.

On January 17 they marched toward Talladega Fort and reached it the next day. Here they were reinforced by two or three hundred friendly Native Americans, including sixty-five Cherokees, the remainder Creeks. They received word that General Floyd was about to begin a movement, and also a letter from Colonel William Snodgrass, in which he stated that Fort Armstrong was about to be attacked. General Jackson immediately planned an advance. His men prepared three days’ rations and were otherwise put in marching order.

The movement against Emuckfau was begun on January 19th. The army camped on the next night at Enitachopco, at which a battle was later fought on January 24. On the night of the 21st, Jackson’s troops had reached Emuckfau Creek. Disposing of his men in a hollow square, pickets were placed, spies were sent out, and his campfires were built around but far beyond the camp. About 11 o’clock p. m. the spies reported that the Red Sticks were encamped three miles away, engaged in dancing, and with demonstrations, indicating that they knew General Jackson’s presence. The men rested quietly on their arms throughout the night, awaiting the attack they knew was imminent.

Battle continued for half an hour

At daybreak on January 22nd, the alarm guns of the sentinels, followed by the yells of the Red Sticks, announced the beginning of the expected battle. The Creeks made a furious assault on Jackson’s left flank, by which it was met with great firmness. The battle continued for about half an hour.

With the coming of dawn, the exact disposition of the Red Sticks was ascertained. General Jackson reinforced his left-wing, and the whole line, under General Coffee, charged upon the Red Sticks. The friendly Native Americans joined in the chase and the Creeks were driven with a great loss for about two miles.

The chase over, General Coffee was detached with four hundred men and the friendly Native Americans to burn the Creek encampment. They found it impracticable to do this without the aid of artillery since it was well-fortified so his party returned to camp.

About half an hour afterward, the battle was renewed by the Creeks attacking General Jackson’s right flank in an attempt to draw the attention of the white troops and thus expose the left-wing. This was met by General Coffee with two hundred men, but owing to some mistake in orders, only his old company of around fifty mounted volunteer officers followed him. With this small force, he advanced upon the superior numbers of the enemy who were posted on a ridge. General Coffee dismounted his men, charged the lines, and drove them into a reed brake on the margin of the creek.

The main force of Native Americans which had been carefully concealed on the left now made a sudden and violent assault upon the left-wing, which they believed to have been weakened and demoralized by the first engagement. The charge was met with great firmness, and the Native Americans were repulsed.

The battle then became general along the whole line. The Red Sticks fought in the old way, every man adopting his own tactics, shooting from behind trees, logs, or from whatever shelter afforded the best protection, falling flat on the ground to reload, then rising to deliver the fire. General Coffee ordered his men to dismount and charge them, and they were driven back to the bank of a stream. The battle continued for some time. The friendly Native Americans had earlier in the engagement been ordered to the support of General Coffee, but when the attack became fiercest on the left-wing, they joined with the fight in that quarter.

General Coffee had been fighting for an hour against a greatly superior force, so General Jackson dispatched Jim Fife, the principal Creek chief in charge of the friendly warriors, to his relief. General Coffee and the Creek chief charged in concert, and the enemy broke, losing forty-five men in the charge and pursuit of about three miles. General Coffee was shot and severely wounded in the attack. Major Donelson and three others were killed. The battle closed about the middle of the afternoon.

The battle over, the dead were collected and buried, the wounded were given attention, and a temporary fortification was thrown up about the camp. The main objects of the expedition had been accomplished. The Indians had been diverted from any possible attempt to re-enforce those against whom General Floyd advanced on the Tallapoosa, and Fort Armstrong was relieved from possible attack. In front of General Coffee’s lines, the bodies of forty-five warriors were found. A like proportion were killed in other parts of the battle.

Although a victor at Emuckfau, General Jackson did not feel that he could hold the ground taken with his limited force, and without supplies nearer than Talladega which was forty miles away. His soldiers had only one day’s rations, and his Native American troops none. For two days and two nights, his horses had been without food, other than occasional grazing. He, therefore, resolved to fall back to Talladega.

Litters were made from the skins of slain horses, on which the sick and wounded were carried. At 10 o’clock on the day following the battle, he began his return march, the troops in regular order, with sick and wounded in the center. That night they reached the village of Enitaochopco (also known as Anatichapko), where they camped.