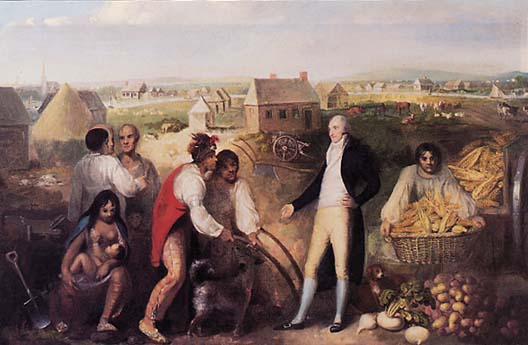 This story is an excerpt from the book ALABAMA FOOTPRINTS Settlement: Lost & Forgotten Stories (Volume 2)  continued below…..

(Indian trading houses were established by the American government shortly after the Revolutionary War to create a more satisfied and friendly feeling among the Indians toward the government. The trading house in Alabama was at Fort St. Stephens.)

By Act of Congress, April 18, 1796, the establishment of government trading houses was authorized.

Detroit was discontinued in 1805, and Belle Fontaine in 1808. The post at Coleraine, Georgia, was moved to Fort Wilkinson in 1797 and again to Fort Hawkins in 1806.

The United States hoped by the establishment of these trading houses to create a more satisfied and friendly feeling among the Indians toward the government. It was designed to bring to them in their own territory, such supplies as would add to their domestic comfort and at a price that would undersell the private trader. For a time the policy seemed to be most successful, but gradually the Government came more and more to see that the system was a failure.

Every trading house was protected by U. S. soldiers and the factors, in most cases, thus protected, were indifferent as to whether the Indians were in a friendly attitude toward him or not, while the private trader, being constantly in their power, became identified with the tribe which he commonly visited. Again, the Government factors, generally, carelessly allowed their stock to become inferior, and of such character, as was not suited to the needs of the Indians, while the private trader carried just what they wanted.

The Choctaw Trading house in Alabama was established at Fort St. Stephen in 1802. The first factor was Joseph Chambers, who was instrumental in bringing into Alabama from Tennessee, George S. Gaines, who served as his assistant until 1807, when he succeeded Chambers as factor. The building occupied by the factor being old and inadequate, a new brick warehouse was built near the old Fort. This was probably the first brick house within the bounds of the present State of Alabama.

This trading house under the management of Mr. Gaines was highly satisfactory. He fully realized the importance of his position and the mission he had to perform and was proud of the results of his labors. The business of the trading house increased wonderfully. Not only did the Choctaws frequent the post, but also the Creeks, from the Black Warrior River, and even the Chickasaws. Mr. Gaines was careful to treat all fairly and justly. If the goods were defective or inferior, he pointed it out to the Indians and reduced the price. Consequently, he won their utmost respect and confidence.

As the stream of immigration came into the State and as the white population about St. Stephens grew and multiplied, it was found advisable to move the trading house farther into the Choctaw country. George S. Gaines called on the famous Choctaw Chief, Pushmataha to advise a suitable location. He suggested the site of the old Fort Tombecbe, the Spanish Fort Confederation. Work upon the new post immediately began and on its completion in May 1816, the post was opened to active trade with the Indians.

In October of the same year, the U. S. War Department authorized Colonel McKee to arrange for a treaty to be held at the Choctaw trading house in order that new sessions of lands might be secured from the Indians. The chiefs and commissioners spent several days discussing all sides of the question till October 24th, when the treaty was signed. By this treaty, all of Alabama, with the exception of the territory of the Cherokees in the lower Tennessee Valley, was open to white settlement.

John Hersey succeeded Gaines as a factor in October 1819 and served so long as the trading house existed.

The entire system of Government trading houses was abolished by act of Congress, May 6, 1822.