Abihka was one of the four mother towns of the Muscogee Creek Confederacy. The Abihka were the remnants of the 16th century “Chiefdom of Coosa.” The Coosa chiefdom was a powerful Native American paramount chiefdom near what are now Gordon and Murray counties in Georgia, in the United States. It was inhabited from about 1400 until about 1600 and dominated several smaller chiefdoms. The total population of Coosa’s area of influence, reaching into present-day Tennessee and Alabama, has been estimated at 50,000. 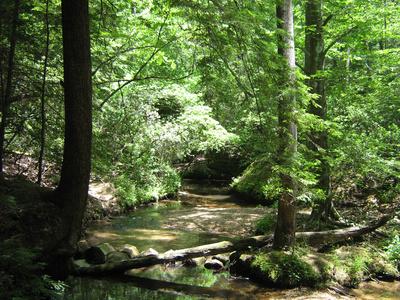 Hernando de Soto and his expedition entered the Coosa chiefdom in 1540. Chroniclers recorded that the chiefdom then consisted of eight villages. Following contact with Europeans and the associated introduction of Old World diseases, the populations of the Coosa and other local chiefdoms suffered extensive fatalities; the societies went into precipitous decline. By the close of the 16th century, most of the core area of the Coosa was abandoned. The surviving population withdrew to a few villages along the Coosa River in Alabama.

The members of the Abihka were Upper Creek Indians. Their main place of residence was along the banks of the Coosa and Alabama rivers, in what is now Talladega County, Alabama.

Abihka was one of the oldest of the Upper Creek towns in Alabama. While there is some uncertainty, it is believed that the site of the town was in Talladega County, near the Coosa River, and just South of Tallassehatchee Creek on the S. 1/2 of the S. 1/2 of sec. 17, T. 20, R. 5 E. of the Huntsville meridian.

See all books and novels by Donna R. Causey 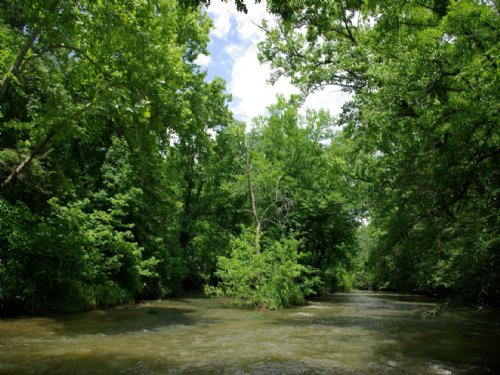 At this point, a village site, not otherwise identified, but corresponding with the indications of map locations of Abihka, extends along the creek same distance down the river. Lewis thus describes -this site: “The remains—village debris—are of about the same general character over one-half mile, and for nearly the character and quantity as those found on the site of Old Coosa.”

The people of the town were closely related to the Kansas and other towns of the Upper Creeks, and indeed, Bartram identifies them as the Coussas.

Gatscbet says: Another native explanation for the tribal name is the following, originally obtained from a former Creek head chief, Spahi’tci, and related to me by the late Creek chief, Mr. G. W. Grayson: At a certain time there was a contest for supremacy between the Kasihta, Coweta, Chickasaw, and Abihka, and this consisted in seeing which tribe could bring in the most scalps and heap them highest around the ball post. Kasihta brought in the most, Coweta the next, the Chickasaw still fewer, and Abihka brought in only a very small number, which were thrown about the base of the post in a careless manner. From this circumstance they came to be called Abihka because abi’ka i’djita means “to heap up in a careless manner.” Practically the same story is told by Indian Agent, Hawkins. Of course this is not related by the Abihka themselves and is simply a folk explanation'”

Situated on the northern limits of the Creek country this town was a buffer or defense against- hostile inroads, which fact gave the appellation just noted indicating its antiquity, it is recorded that the oldest chiefs were in the habit of naming the Creek Nation after the town. A French census of 1760 divided the Upper Creeks into Alybamous, Talapouches and Abikas. To this town some of the most ancient Creek customs are traced, as, the laws punishing adultery, and for the regulation of marriages.

The following is Hawkins’s description of the Abihka town as it appeared in 1799:

Au-be-coo-che, is on Nau-chee creek, five miles from the river, on the right bank of the creek, on a flat one mile wide. The growth is hard-shelled hickory. The town spreads itself out and is scattered on both sides of the creek, in the neighborhood of very high hills, which descend back into waving, rich land, fine for wheat or com; the bottoms all rich; the neighborhood abounds in limestone, and large limestone springs; they have one above, and one below the town; the timber on the rich lands is oak, hickory, walnut, poplar, and mulberry.

There is a very large cave north of the town, the entrance of which is small, on the side of a hill. It is much divided, and some of the rooms appear as the work of art; the doors regular; in several parts of the cave saltpetre is to be seen in crystals. On We-wo-cau creek there is a fine mill seat; the water is contracted by two hills; the fall twenty feet; and the land in the neighborhood very rich; cane is found on the creeks, and reed grows well on these lands.

This town is one of the oldest in the nation; and sometimes, among the oldest chiefs, it gives name to the nation Au-be-cuh. Here some of the oldest customs had their origin. The law against adultery was passed here, and that to regulate marriages. To constitute legal marriage a man must build a house, make his crop and gather it in; then make his hunt and bring home the meat; putting all this in the possession of his wife ends the ceremony and they are married, or, as the Indians express it, the woman is bound, and not till then. This information is obtained from Co-tau-lau (Tus-se-ki-ah Mic-co of Coosau), an old and respectable chief, descended from Nau-che. He lives near We-o-coof-ke, has accumulated a handsome property, owns a fine stock, is a man of much information, and of great influence among the Indians of the towns in the neighborhood of this.

They have no fences, and but a few hogs, horses, and cattle; they are attentive to white people who live among them, and particularly so to white women.

The Abihka took practically no part in the Creek uprising of 1813. After their removal to Oklahoma they established their first square ground a few miles from Eufaula. Later many of them moved farther west, following the game, and they established another square, sometimes called “Abihka-in-the-west.” Both of these have been long abandoned.

Before they left the old country two branch towns had arisen – Talladega [Taladigi] and Kan-tcati [Kån tcáti] (Red ground). They were perhaps late in forming, since they do not appear separately listed before the census of 1832. There is a place called “Conchar-dee” a few miles northwest of Talladega, in the county of the same name, Alabama. After their removal the Kan-tcati busk ground was soon given up, but that of Talladega has persisted down to the present day (1912).

Gatschet enumerates two other Abihka towns, Tcahki låko or Big Shoal and Kayomalgi.The former was on Choccolocco (“Big Shoal”) Creek in Calhoun or Talladega County, Ala., and is to be distinguished carefully from the Okfuskee town so called. There is some reason for thinking that Kayomalgi may have been settled by Shawnee, though in 1772 a Chickasaw settlement was made on the creek which bore this name.“The Lun-ham-ga Town in the Abecas” is mentioned by Tobias Fitch in 1725.

On the Lamhatty map is a town called “Apeicah,” located apparently on the east bank of the lower Chattahoochee. This may perhaps be intended for Abihka, but if so it is badly misplaced. We have no knowledge of any portion of the Abihka people living so far to the south and east.

Fall Colors On The Coosa River Near Wetumpka 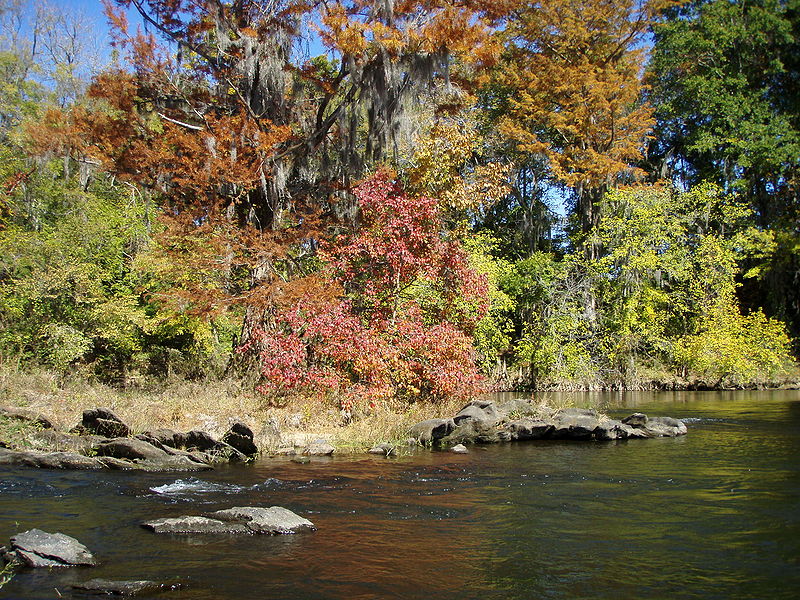 Many towns settled in Oklahoma by Native Americas can trace their heritage back to Alabama and this historic town in Alabama. Several Oklahoma towns surrounding Henryetta have the same names as towns along the Coosa River in Alabama such as Wetumka (spelled Wetumpka in Alabama); Wewoka (an old Native American town in Talladega County – there is still a Wewoka Church and Wewoka Creek in Talladega County, Alabama); Eufaula (Eufaula, Alabama)

After the removal to the Indian Territory, refugees from the Abihka mother-town established a ceremonial stomp dance ground which they call Abihka (or sometimes, Arbeka).

Below the stomp dance is performed in Henryetta, Oklahoma.

The video of the Stomp Dance below was performed at frontier days at Fort Toulouse, Alabama (near Wetumpka, Alabama) Nov. 12, 2012